The festival is set for October 1-3, 2021 at the Memphis Botanic Garden and features Widespread Panic, The Avett Brothers, and more. 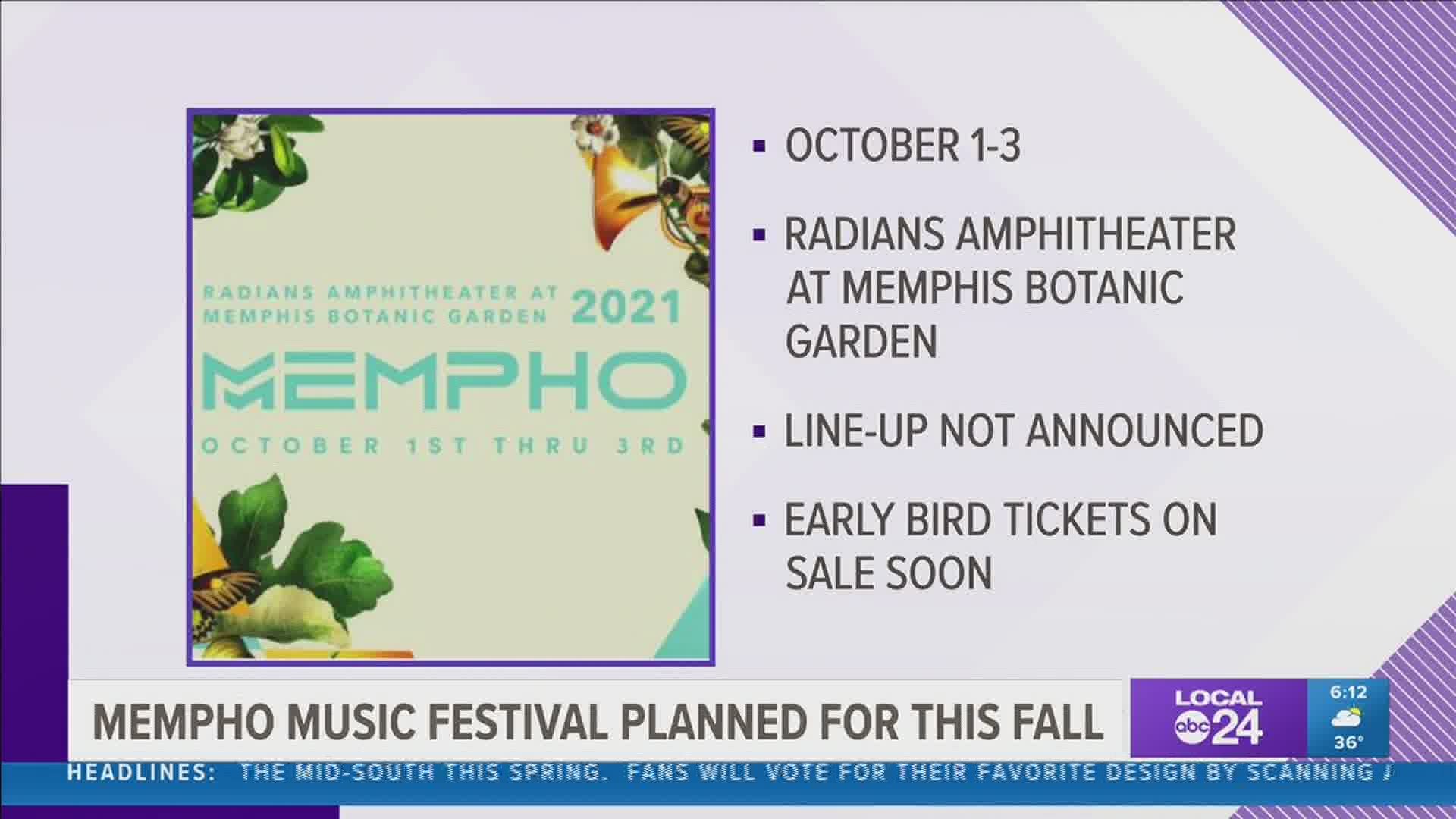 MEMPHIS, Tenn. — UPDATE 7/21/2021  -  The Mempho Music Festival still is over two months away, but if you are planning on going, you better act quickly.

This week the festival, which will take place at the Memphis Botanic Garden Oct. 1-3, announced that all VIP passes are sold out; however, there a few general admission tickets are available.

All VIP passes are now SOLD OUT! Only a few GA passes remain. Get yours now at https://t.co/rFzmeYIBmf 🤘 pic.twitter.com/aZMzNl9q99

UPDATE 4/28/2021 - (NEWS RELEASE) - Mempho Music Festival is proud to announce its 2021 music lineup taking place October 1-3, 2021 at its new home, Memphis Botanic Garden. The three-day event will feature a two-night headlining performance from rock titans Widespread Panic plus a headlining performance from folk-rock barn burners The Avett Brothers on the Adams Keegan main stage. Additional hitmakers covering the gamut of Americana, rock, and blues include Nathaniel Rateliff & The Night Sweats, Black Pumas, Lucinda Williams, and many more. A full lineup is below.

Mempho Fest burst on the festival scene in 2017 adding a new chapter to Tennessee’s storied music scene. The event’s focus on bringing a diverse and exciting mix of nationally acclaimed chart-topping artists and regional favorites to a city renowned for its musical lineage garnered praise from attendees and critics alike. This year, after an unprecedented year that halted live music, organizers of Mempho Fest are thrilled to return and offer music lovers three full days and nights of incredible performances.

Early Bird and Tier 1 advance price tickets for Mempho Fest 2021 were announced in February and sold out in record time. Tier 2 three-day General Admission and VIP tickets are currently on sale and can be purchased for $185 and $585, respectively. VIP ticket packages include access to a dedicated VIP area presented by Orion; access to a viewing area in front of the main stage; complimentary VIP parking; $100 in Mempho Bucks to be used on food and beverages or Mempho merch; catered hors d’oeuvres; access to a private bar serving premium craft beer, wine, and cocktails; air-conditioned restrooms; WiFi and charging stations; and a dedicated VIP entrance. Tickets can be purchased through memphofest.com/tickets and Ticketmaster.

While the live music industry continues to navigate unknowns and challenges in the coming months, the safety of Mempho Fest’s patrons, staff, and artists is the organizers’ top priority. The festival is working closely with local and state health officials to ensure a safe and unparalleled experience for all attendees. For up-to-date information about Mempho Music Festival, including safety information and protocols, tickets, and VIP packages, visit memphofest.com.

Organizers said a lineup of artists will be announced soon.

Early bird 3-day passes are on sale NOW! Go to https://t.co/rFzmeYIBmf to buy today. Limited quantities are available so grab your #MemphoFest passes at the lowest price while you can. Artist announcements coming soon! 🎶 pic.twitter.com/mVO2rXjwnq

Festival organizers announced on social media the annual concert festival will take place October 1-3, 2021. This year, MemphoFest is taking place at the Radians Amphitheater at the Memphis Botanic Garden

A line-up has not been announced.

Early bird tickets are set to go on sale soon (a date was not given.)