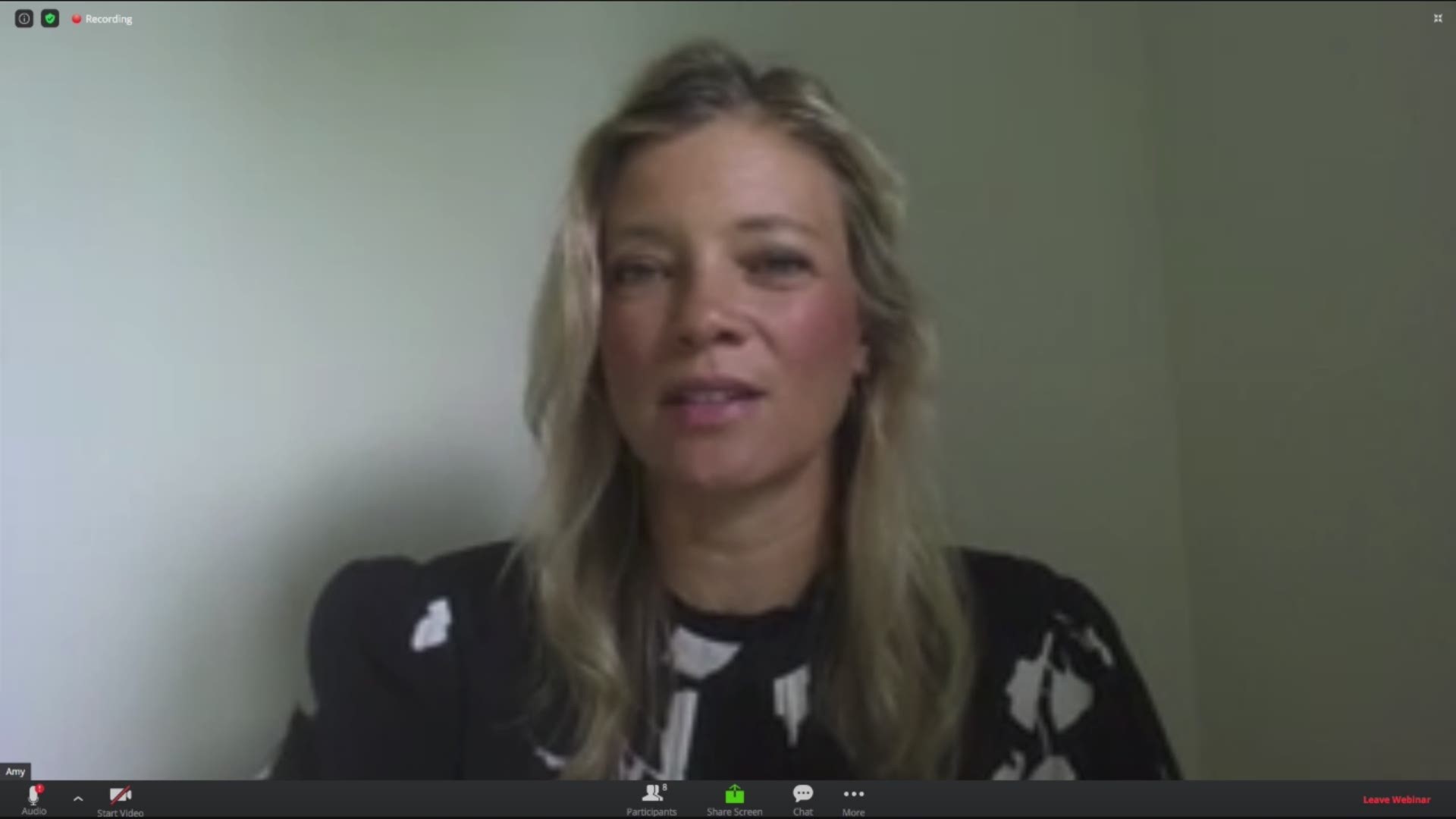 The new hit DC UNIVERSE drama series DC’S Stargirl follows high school sophomore Courtney Whitmore as she inspires an unlikely group of young heroes to stop the villains of the past.

This new drama reimagines Stargirl and the very first superhero team, the Justice Society of America, in an unpredictable series.

CW 30 Insider Chelsea Chandler spoke with another star of the show, Amy Smart, via Zoom to talk about being a part of the show and what we can expect in the next episode Tuesday night on CW 30.

“I think that what's fun about this show is that every week a new character is introduced and their powers,” said Amy Smart, who plays Barbara Whitmore, on DC’s Stargirl.

“This week, we have the bully of the school Cindy whose just mean, she becomes another evil villain and craziness ensues with her and Barbara is lured in with her boss Jordan, aka Icicle, to go away out of town to work on an account he thinks she will be really helpful with. So we're going down that road and that gets pretty sticky,” Smart continued.

Things are really getting interesting In the battle of good versus evil and you won't want to miss the next episode of Stargirl that was directed by Lea Thompson of “Back to the Future” fame.