There was a re-enactment & bike ride at LeMoyne-Owen College, special demonstrations at Slave Haven Underground Railroad Museum, & a 1st ever event in Orange Mound. 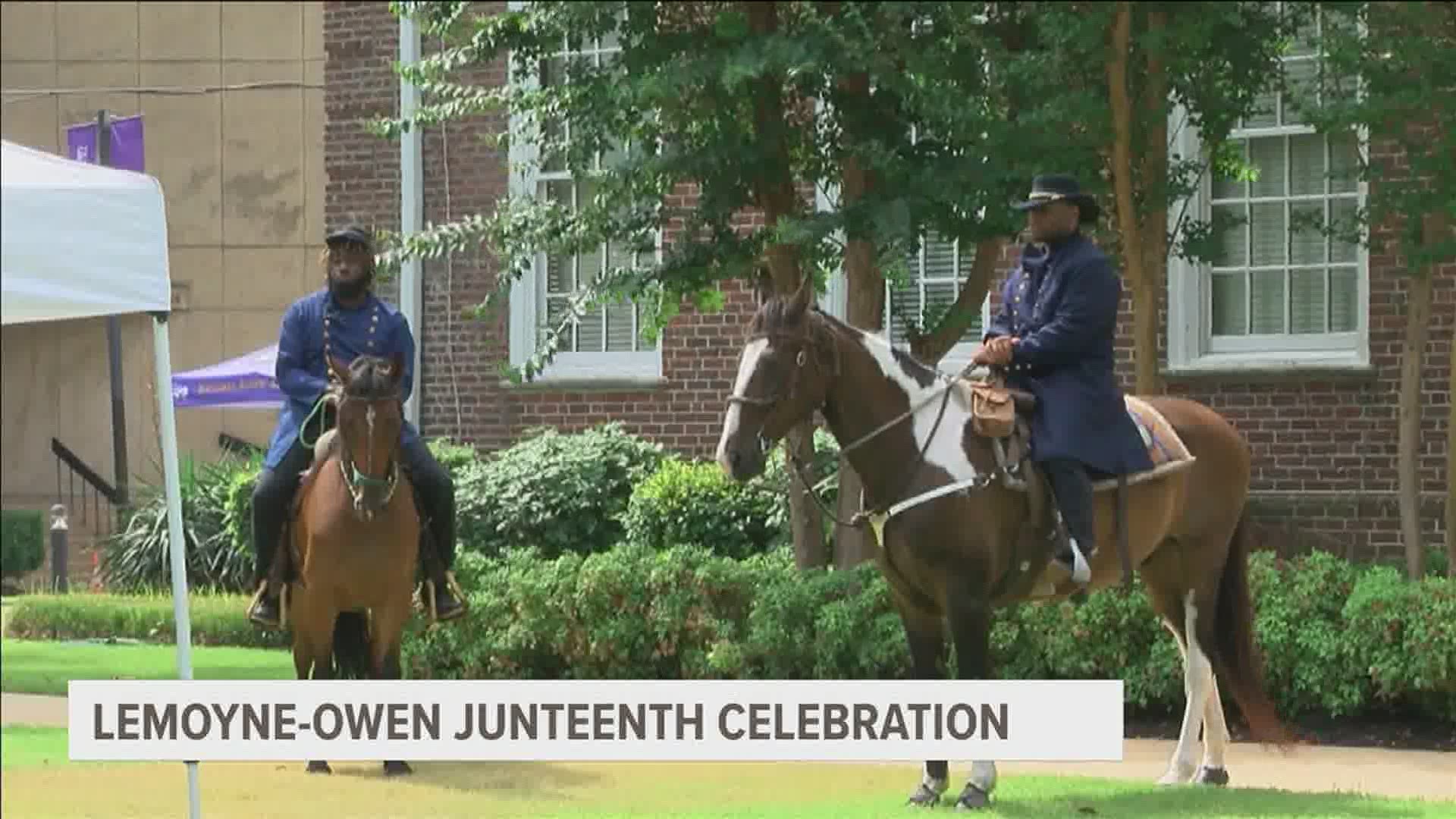 MEMPHIS, Tenn. — Across the Mid-South Saturday, people gathered to celebrate Juneteenth, marking its first year as a federal holiday.

Others at the event told us why Juneteenth is so important,

“If we don’t know our history, we don’t know our past - we can easily fall into some negative or old habits. And to give thanks for the sacrifices of people from all backgrounds, all races, all ethnicities, all religious traditions, who worked so hard  to help free enslaved Africans in this country,” said Phoebe Roaf, Bishop with the  Episcopal Diocese of West Tennessee.

Following the bike ride was a re-enactment of the historic 1865 ride into Galveston to deliver the good news of freedom.

One of those is through talking drums, a way enslaved Africans would communicate with each other without getting caught. Talking drums were outlawed after slave owners figured out what was happening.

"Songs like ‘Swing Low Sweet Chariot coming for to carry me home’ was a code. ‘I looked over yonder what did I see? A band of angels coming after me.’ It meant a band of abolitionists coming after me. A chariot is transportation - if you take the C off the word chariot it meant Harriet Tubman coming to carry us home. All of these songs were codes," said Oscar Robinson.

Slave Haven's director said she was glad to see so many people coming out to learn about this history.

Meanwhile, State Representative G. A. Hardaway and Shelby County Board of Education Member Joyce Dorse-Coleman didn't pass up the opportunity to celebrate Juneteenth. The pair teamed up with community organizations to host the first ever Orange Mound Juneteenth Commemoration.

The remembrance was held at Orange Mound Park on Carnes Avenue.

State Senator Brenda Gilmore and Rep. Hardaway were the prime sponsors of a bill that passed this year, marking Juneteenth as an annual day of special observance. It was signed into law by Tennessee Governor Bill Lee in April.

PHOTOS: Juneteenth in the Mid-South