For the past week, comic book enthusiasts have been gathering in Cooper Young to meet the authors and artists behind the work they love. 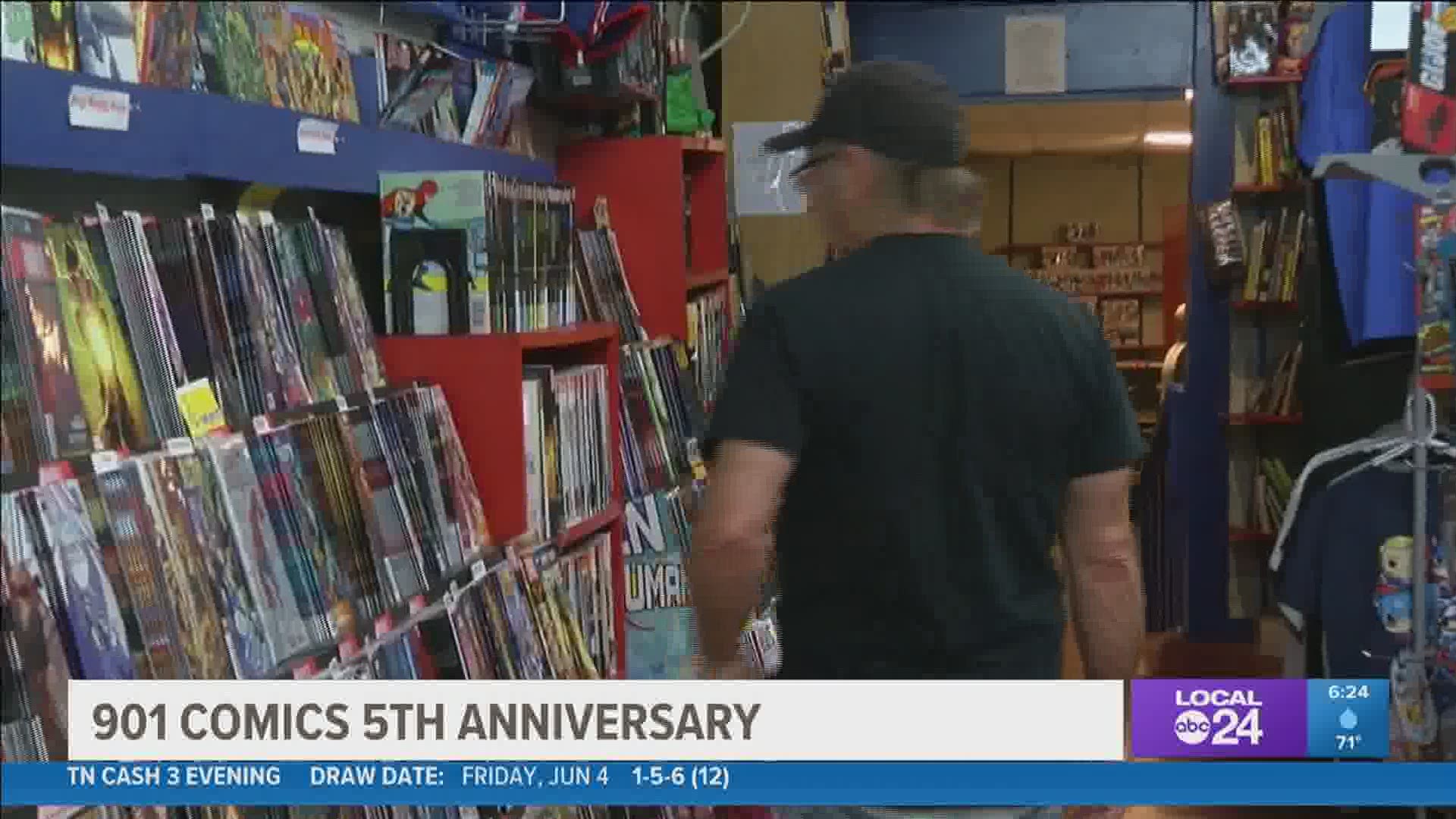 Memphis has proven to be a sanctuary city for the funky!

If you can think of niche, odds are we have something for you. And that’s why events like the 901 Comic Anniversary are perfect.

For the past week, comic book enthusiasts have been gathering in Cooper Young to meet the authors and artists behind the work they love.

And snag some discount merchandise from their favorite heroes.

“You just got these wonderful huge worlds with superheroes that you know. They are in the movies; they are on television. People like me have been reading them all their lives. It's like we're in a golden age of comic book characters and comic book worlds and there’s so much going on and so much to get into,” says Shannon Meritt, owner of 901 Comics.

The anniversary celebration was headlined by Marvel and DC artist Pat Broderick who is known for his work on the Green Lantern and Batman.

10 percent of all sales were donated to charities that help the homeless.