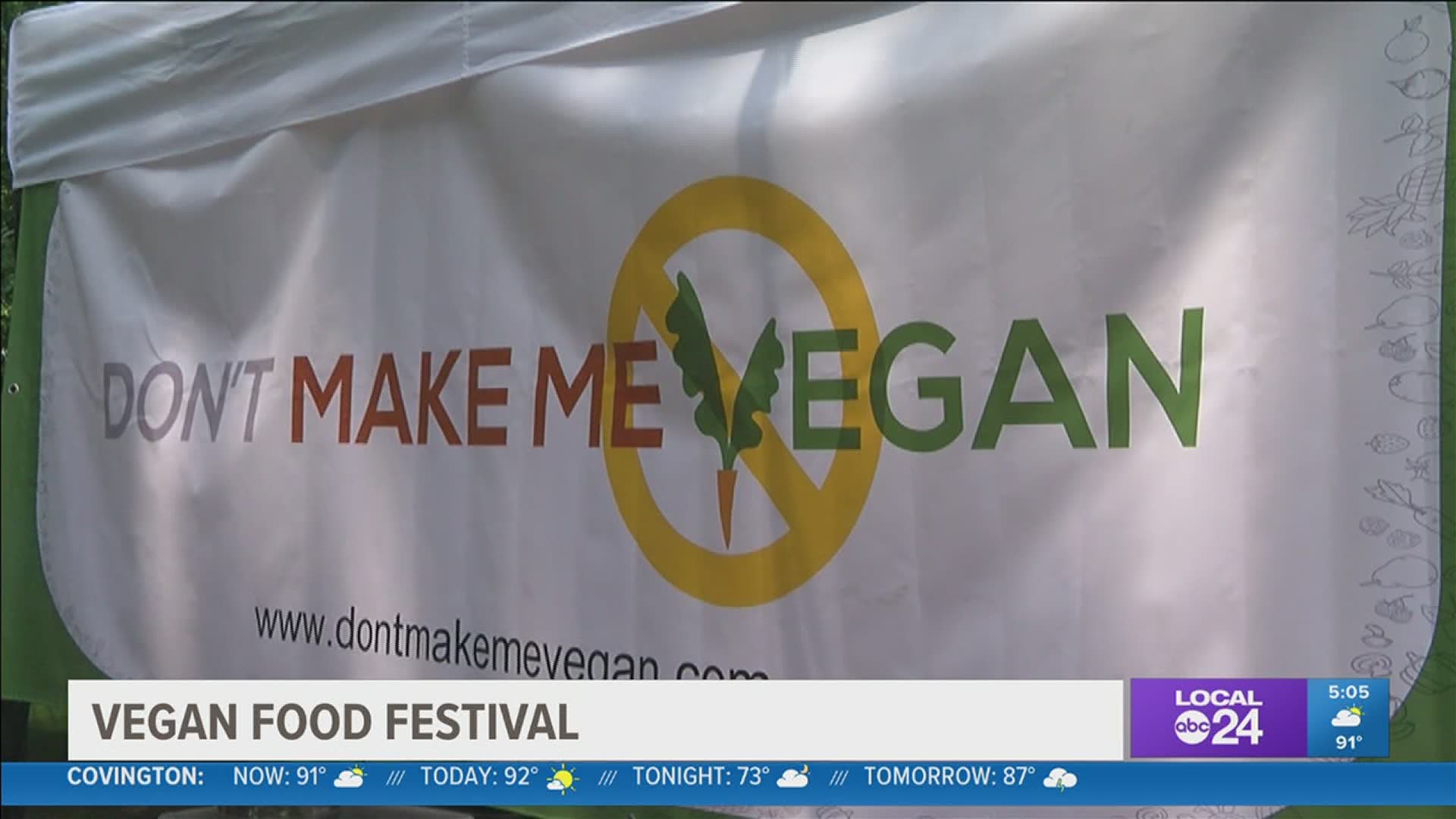 MEMPHIS, Tenn. — During the pandemic, many people found time to cook healthy family dinners for the first time and experimented with vegan options.

This trend became so popular that event planner Cynthia Daniels decided to create a fun experience around it. This is where Sunday's Memphis Vegan Festival came to be.

The outdoor event transformed Fourth Bluff Park in Downtown Memphis into a plant-based paradise. Most of the vendors said that this was their first in-person event since March of last year.

"I started out as vegetarian several years ago and my son found out he had a dairy allergy. Cheese was the only thing I was holding on to so almost overnight we had to give up cheese which hasn't been so hard because I figured out how to make a cheese that tastes good and still resembles the cheese that we all love so much," says Tarekia Dentley from Don't Make Me Vegan.

In past years, Daniels has brought together business owners and customers in Memphis with events such as Soul Food Truck Festival and the Box-Lot Holiday Market.