“I think he’d be very proud because this was really not just only my dream but his dream. I’ve been able to make it come true,” said Kelvin Jones, Papa Bear Skins. 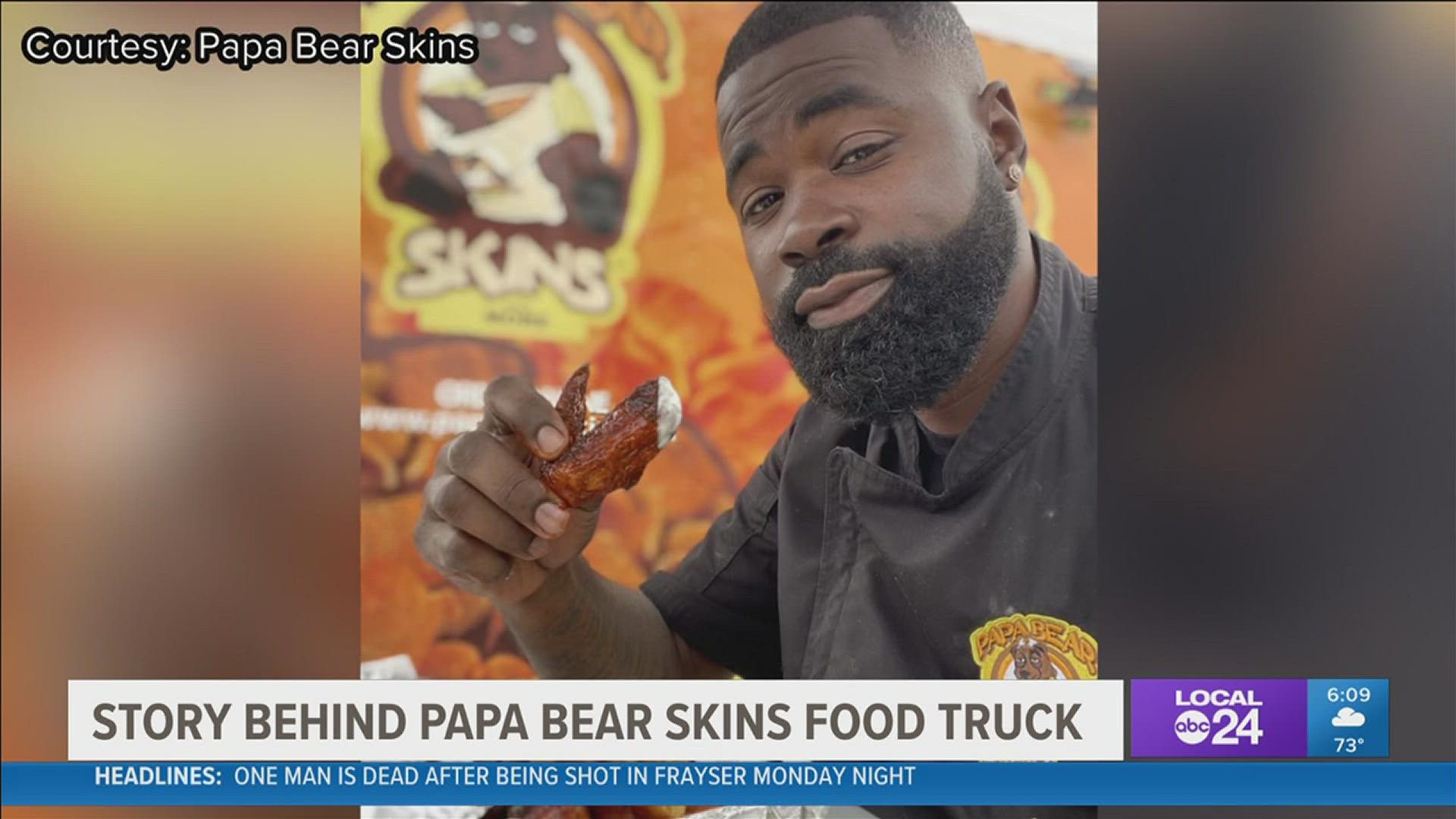 MEMPHIS, Tenn. — It’s been the most difficult couple of years for most people, but one man saw an opportunity during the pandemic for not only himself, but to expand his family’s legacy.

He’s showing off in this Sunday’s soul food truck festival. There is no limit to dreams, no height, no size, and no time.

“My grandfather, his nickname was 'bear' because he was big like a bear and he was our papa,” said Kelvin Jones, Papa Bear Skins Owner.

James Wilbert Jones is the guru of pork rinds.

“He had been doing it himself and passing them out for free in the community all the way to Chicago,” said Jones.

After 10 years in business, James’ grandson, Kelvin, took on the heat.

He is adding a little spice of his own coupled with fresh ideas.

“We’ve been trying to do this food truck thing since 2013. At that time, the market was…To get a food truck is very expensive,” said Jones.

No cost could compare to the loss that came shortly after. James passed away.

Then came the pandemic which soured business, but Kelvin found the secret sauce.

“A lot of prices dropped on trailers. The opportunity came by and said, ‘Hey, let’s get a food truck. Turn it up a notch,’” said Jones.

He turned it all the way up to Papa Bear Skins food truck.

The Soulful Food Truck Festival returns this Sunday for its 5th year! Tonight on @LocalMemphis we speak with a food truck owner who went mobile during the pandemic. pic.twitter.com/ybTSlcSDKn

“Convenience has been the main thing. I would say after that has been cost…We’re able to save more money by doing a food truck by not over cooking,” said Jones.

Jones’ grandfather, James also known as Papa Bear, is at the forefront.

“I think he’d be very proud because this was really not just only my dream but his dream. I’ve been able to make it come true,” said Jones.

It is the flavor of love passed down through generations of dreams. The 5th Annual Soulful Food Truck Festival takes place Sunday, September 26 at Tiger Lane from 2pm-6pm. You can purchase tickets here.

Wenzdayz_Boutique has everything you need to switch up your self care routine. Shop w/ them at this years Soulful Food...