Parking, Security, Covid-19: Everything you need to know before the Southern Heritage Classic

As thousands migrate to the Bluff City this weekend, it's tiger against tiger. 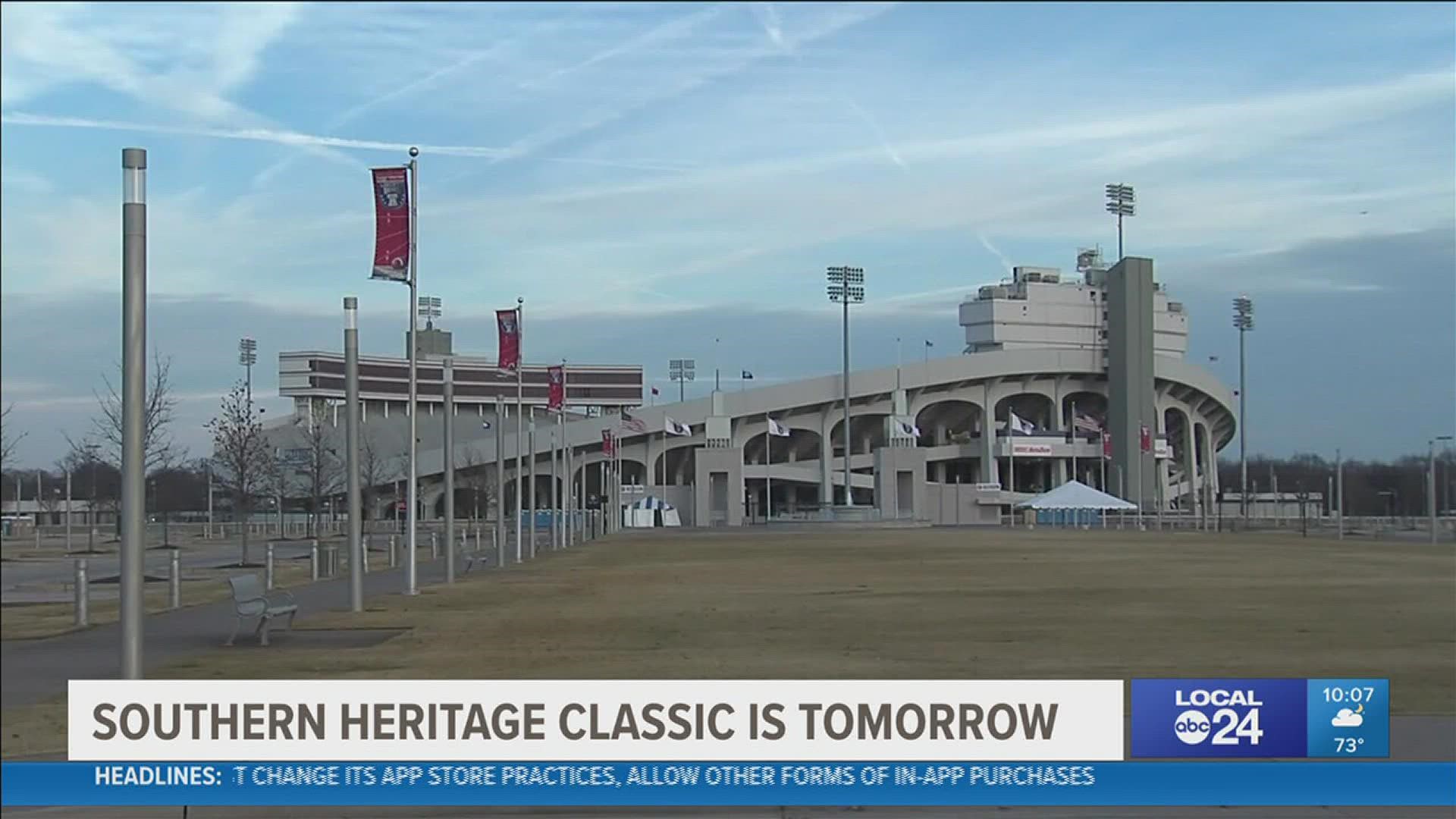 MEMPHIS, Tenn. — After a two-year hiatus, The Southern Heritage Classic is back. As thousands migrate to the Bluff City this weekend, it's tiger against tiger.

WHO’S PLAYING?
Lead by head Coach Deion Sanders, Jackson State is looking to score another victory to remain undefeated. While, Eddie George's TSU tigers are looking for their first win of the season.

RELATED: Rivals on the field, longtime friends off

On Saturday, general parking opens at 8am and will cost $20.

There are 4,500 parking spaces at the Liberty Bowl Memorial  Stadium at Liberty Park. You can also purchase tailgating spaces on Tiger Lane online with TicketMaster.

You can find parking map, here.

WHAT NOT TO BRING
Remember, several items are prohibited inside the stadium, including:

Fans will need a mask. The Liberty Bowl is following the Shelby County health order. The only exceptions are for kids under the age of 3, or if you're eating or drinking.

11 a.m. Classic Battle of the Bands

HOW TO WATCH AT HOME
If you're not going to the game, you can watch it live on ESPN 3.