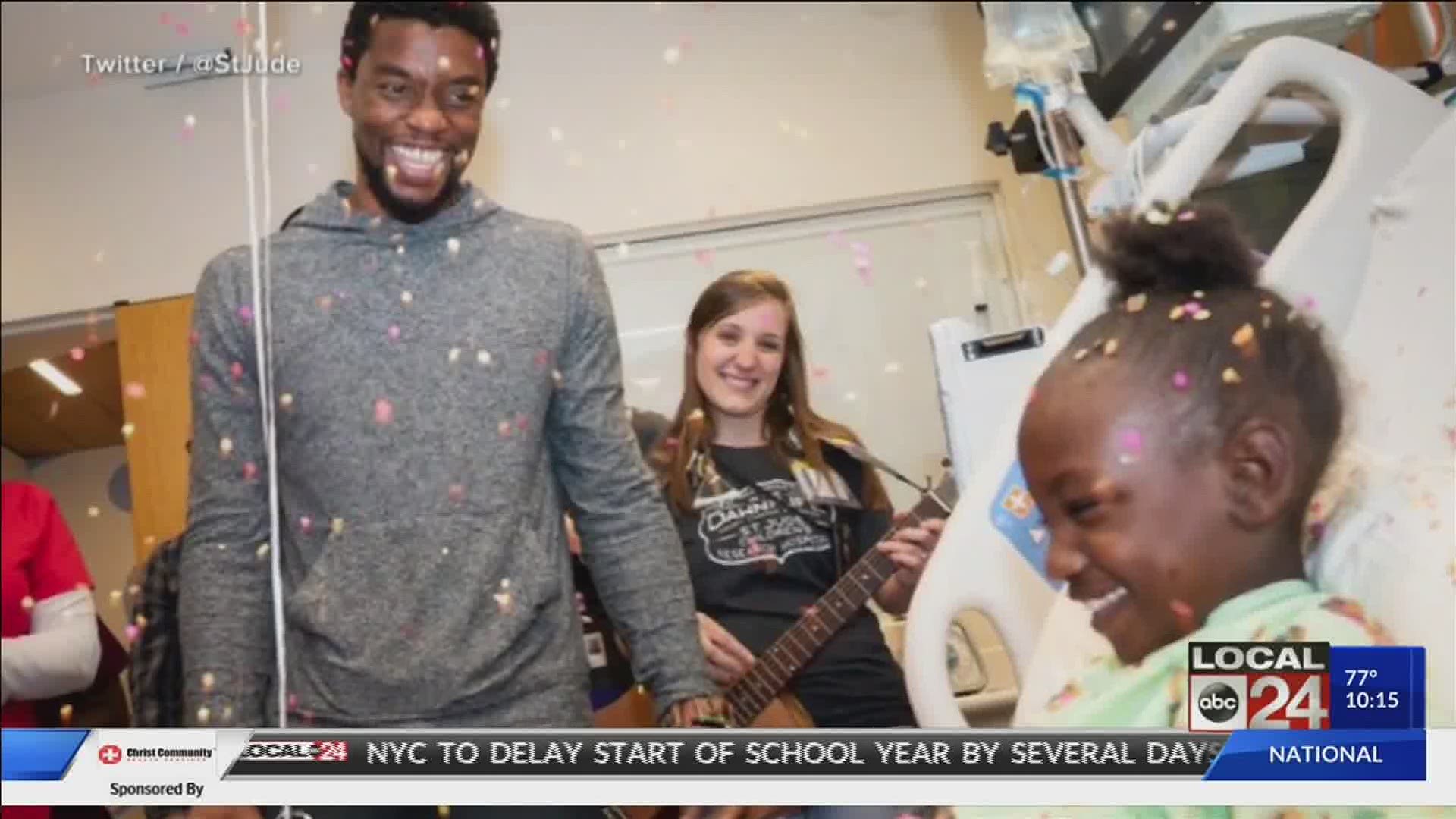 MEMPHIS, Tenn — Fans are still mourning the death of actor Chadwick Boseman, who brought to life so many historical characters and, of course, King T’Challa in the blockbuster Black Panther.

Boseman died Friday after a private battle with colon cancer.

Boseman had many of us dreaming of one day visiting Wakanda, the setting of the hit movie.

It helped many young African-American children see representation of themselves on the big screen.

From historical roles like Thurgood Marshall, in "Get On Up" as James Brown, as Jackie Robinson in “42” to the much-loved marvel superhero King T’Challa, Chadwick Boseman could play them all.

“He brought a sense of royalty to any of his projects,” said Memphis comic book artist Martheus Wade.

For Wade, it was a significant loss when Boseman passed away from colon cancer at the age of 43.

REMEMBERING A HUMBLE HERO: What did Chadwick Boseman mean to you? Many moviegoers are still mourning his death. @LocalMemphis pic.twitter.com/664BAnyLDV

“He was there being able to strengthen those kids and be a hero to them when he was actually struggling with his own battle,” said the artist.

Wade notes that the role of a king translated to Boseman’s character off screen.

“He was like a physical living embodiment on the screen, in what he did, in his art how he presented himself,” said Wade.  “All the way up to the end, of how he was king.”

Boseman was uplifting children with cancer at St. Jude Children’s Research Hospital while he himself struggled with his own cancer.

“He’s such an amazing person,” said actress Carrie Bernans. “He’s only 43 years-old. He’s still so young, he still has so much purpose.”

The Memphis native played in Black Panther with Boseman and says he had a magical effect on set, encouraging his co-stars to perform their best.

“The symbolism of just seeing a black superhero like Chadwick meant a lot,” shared Bernans. “It broke the stereotypes of drug dealers, basketball players and other things that we usually see on screen.”

It’s the way Boseman portrayed his thought-provoking characters that’s pushing her to perfect her own craft.

Boseman went through chemotherapy and countless surgeries while playing several of his well-known characters.

He’ll certainly be remembered for his tenacity and love for his craft.