“We brought the carnival here to Whitehaven to let them know that Memphis Cotton Makers Jubilee understands revitalization, and we want to be a part of that.” 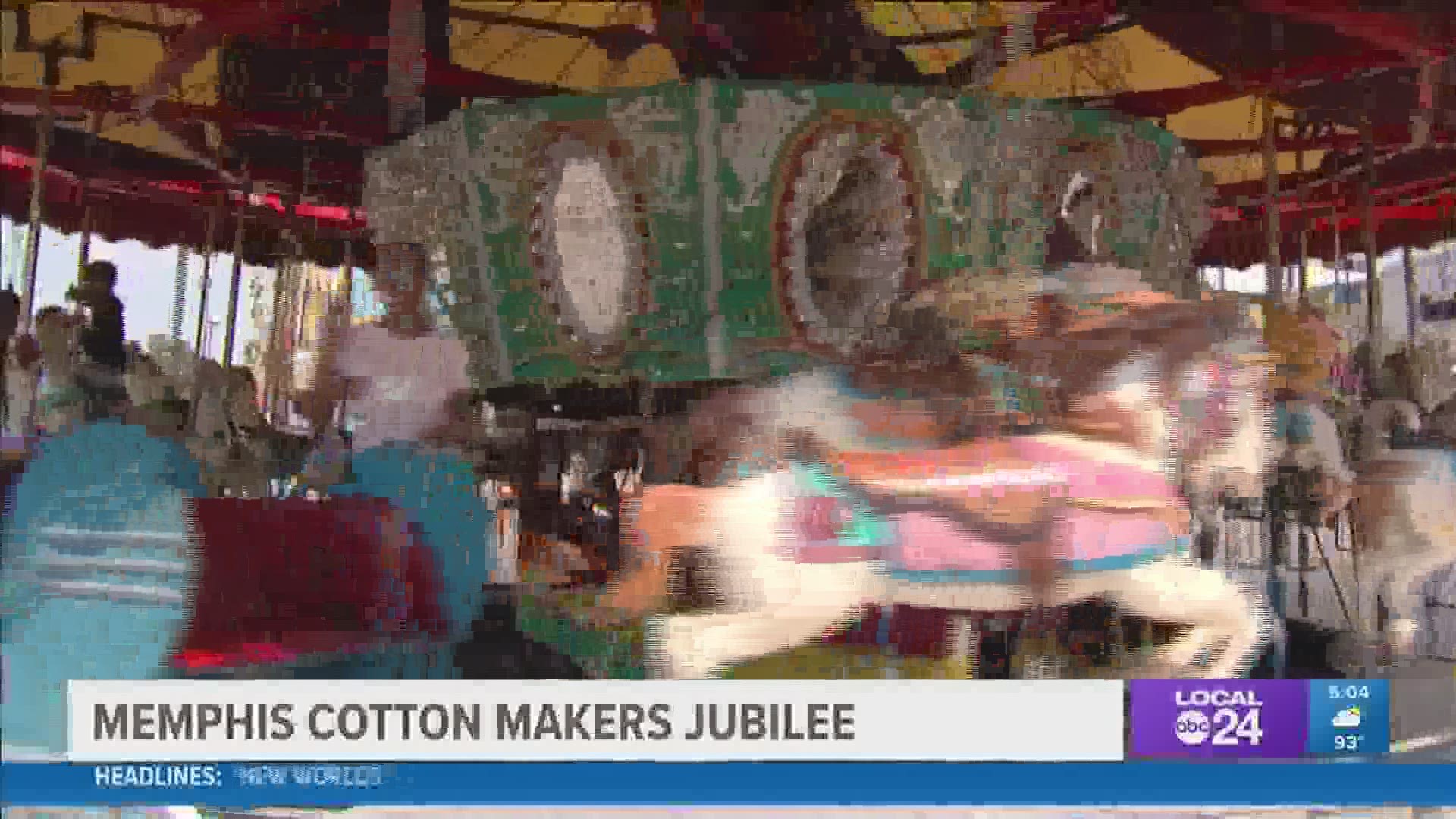 “They all unanimously agreed to establish a celebration for the Black people in Memphis.”

Before there was a Memphis In May, there was the Memphis Cotton Maker’s Jubilee.

"He said, ‘Dr. Venson, this parade is for white people. This is our parade. If Black people don't like the way we do it, they need to set up their own parade,’” said Clyde Venson, Memphis Cotton  Maker’s Jubilee General Chairman.

The Cotton Maker’s Jubilee was birthed out of Black people’s exclusion from participating in Memphis’ all-white cotton parades. It was created by Dr. R. Q. Venson in 1934. He was a licensed dentist and had an office on Beale Street.

Clyde Venson, Dr. R.Q.'s nephew and general chairman of the organization, remembers the story his uncle told him many times about why he created Memphis Cotton Maker’s.

Clyde explained  back then floats were pulled by horses and Black men. In 1935, Cyde's uncle had his first Cotton Maker’s meeting with 42 Black Memphians. Now they have about a thousand members, all working towards one goal.

“What we are doing is bringing pride back to our community. Letting people know there are more venues out there.”

Lorenzo Caldwell is the organization's president. He said the carnival at Southland Mall is the first carnival celebration since 2000, and it is kicking off the start of the organization's comeback. Before the group's hiatus, the Memphis Cotton Maker’s were known for their large celebrations throughout the city, parades and king and queen crownings.

“We brought the carnival here to Whitehaven to let them know that Memphis Cotton Maker’s Jubilee understands revitalization, and we want to be a part of that. So, we want the Whitehaven community to know we are backing them and every other community that we go to let them know hey we are here as an organization that has been around for 85 years we are backing revitalization through this city.” Caldwell said.

The Memphis Cotton Maker's Jubilee Fair at the Southland Mall is open Monday-Friday from 5-11pm and noon-11pm Saturday and Sunday through June 20.