This is the Memphis rapper behind the Super Bowl yogurt advertisement

Memphis rapper Mizta CEO says he's proud to represent Memphis in one of the largest broadcast events on television. 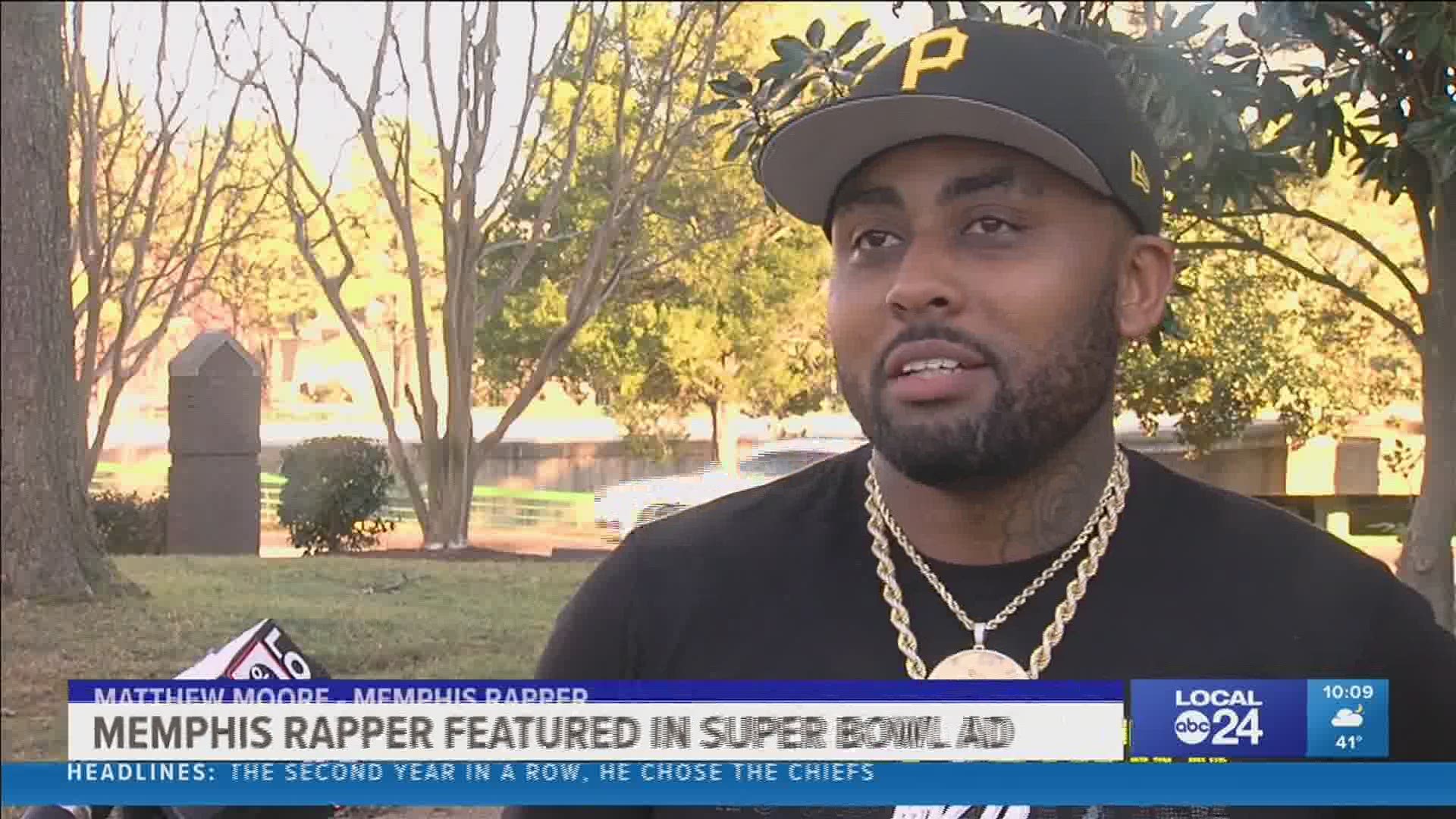 MEMPHIS, Tennessee — One Memphis artist is getting the big break of a lifetime this Sunday. The rapper's music will be featured in a Super Bowl commercial reaching millions of viewers.

The artist couldn't believe when he got the phone call about his song "Ugly Face."

Ugly faces made in the gym is now part of the yogurt brand Oikos' new Super Bowl commercial.

"Breathtaking, mind boggling," said Matthew Moore, who is better known as his stage name Mizta CEO. "I thought it was a joke at first when they called my phone."

Moore was in disbelief when he first heard the news his music would be in the advertisement.

Meet #Memphis rapper @MiztaCEO, his song Ugly Face is set to be featured in one of this year’s #SuperBowl ads. @LocalMemphis pic.twitter.com/5byrsHhAbo

So where'd the inspiration come from?

The song is now representative of the expressions athletes make in the gym.

"It translated you know going in the gym. Somebody working out. Get on that last rep and everybody giving the ugly face."

"My daughter Myriah she told me I think in December, "Daddy you're going to receive a big blessing.' I was like what are you talking about? January hit, it's the biggest blessing in the world."

"Anything we do is just big for the city," said Moore. "This is major. Our city is on fire right now."