“We offer a Memphis you can feel, because often in traditional tours, the aspect that I focus on is null and void. It just doesn’t exist." 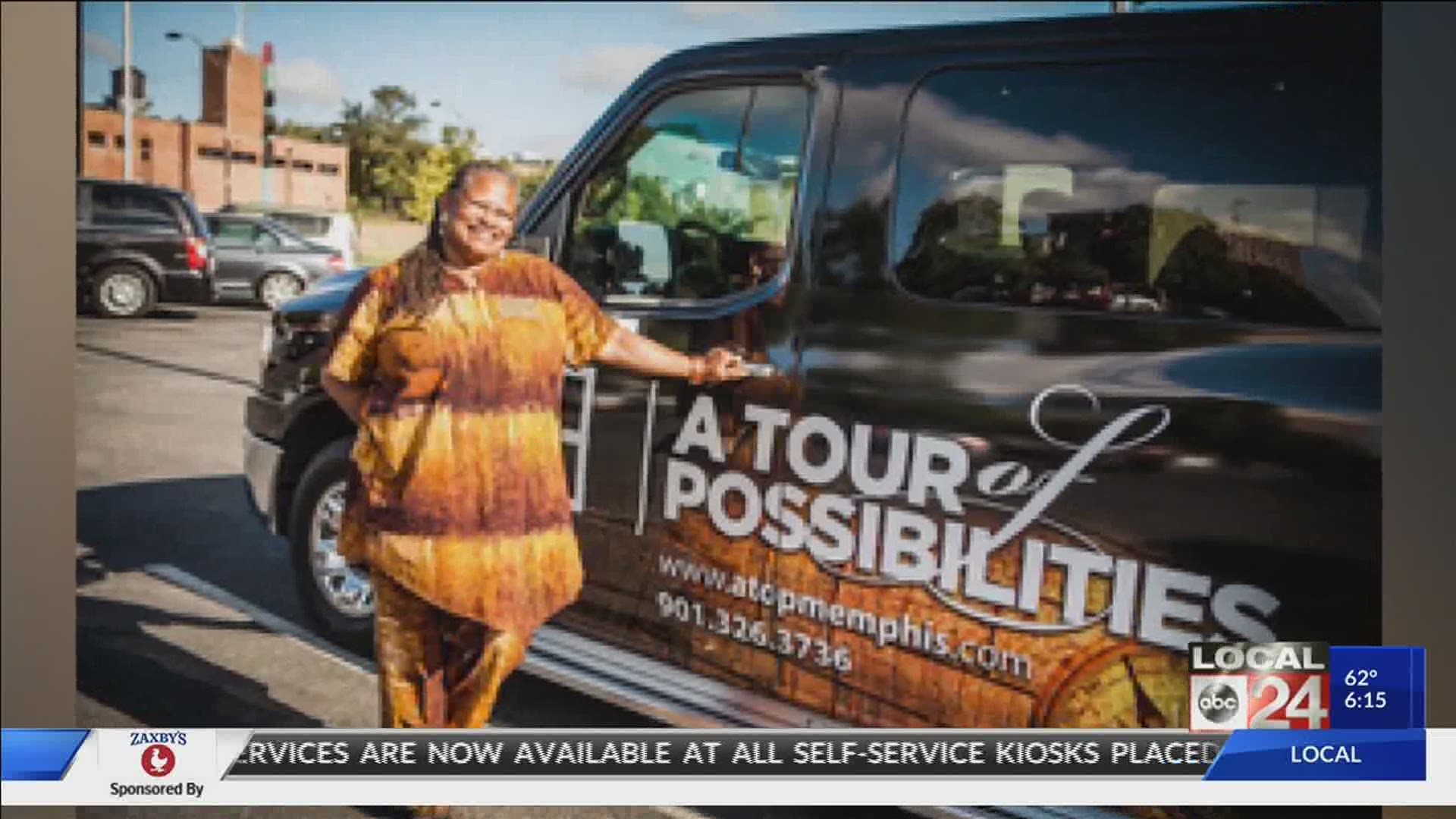 MEMPHIS, Tenn. — There is so much history in the City of Memphis. Some we hear about all the time and others we rarely learn about. Local 24 News Reporter Brittani Moncrease shows us how a Memphis woman came up with a creative way to tell the city’s history and bring a personal connection.

There is history on almost every corner you turn in Memphis.

“I used to love hearing, ‘Oh my God. I never knew that. Oh my God. Really? Right there? How could I never know that?’ That to me is why it’s worth waking up for,” said Carolyn Michael-Banks, A Tour of Possibilities owner and founder.

That awakening is what led Michael-Banks to start "A Tour of Possibilities," an African American historical tour.

“We offer a Memphis you can feel, because often in traditional tours, the aspect that I focus on is null and void. It just doesn’t exist,” said Michael-Banks.

Prior to the pandemic, tour-goers would climb in a van and Michael-Banks and her staff would take them around the city.

“Because of the restrictions, we decided to create a caravan tour. The caravan tour allows people to stay in their own vehicles, use their smart device, connected to Bluetooth in their car, and follow us around the city,” said Michael-Banks.

They visit sites known and unknown.

“What I kind of get excited about is being able to tell the stories in between the sites,” said Michael-Banks.

A Tour of Possibilities explores the deep African American history right here in Memphis. It connects the dots between historical events and people. pic.twitter.com/kJPIEyDjal

They help to build a sense of pride, especially when thinking about Memphis in general.

“We’re named after Cairo, Egypt, which was once known as Memphis. The fact that we have a name like Memphis should exude pride to begin with. Since that Memphis sat on the Nile and our Memphis sits on the Mississippi River, that in itself is a connection,” said Michael-Banks.

It is a connection that also tells the pain in our history.

“You have that body of water that transported two commodities that had Memphis grow exponentially between about 1860 which was cotton and enslaved people,” said Michael-Banks. “We go to things that are often uncomfortable and talk about lynchings and all - Yes, you need to hear it, but I also want you to hear about the triumphs.”

Those triumphs opened up the door for A Tour of Possibilities.

The tour company is also creating an audio driving tour app, so people can access the tour anytime.