Hotel and indoor sports complex are part of the expansive, $120 million plans. 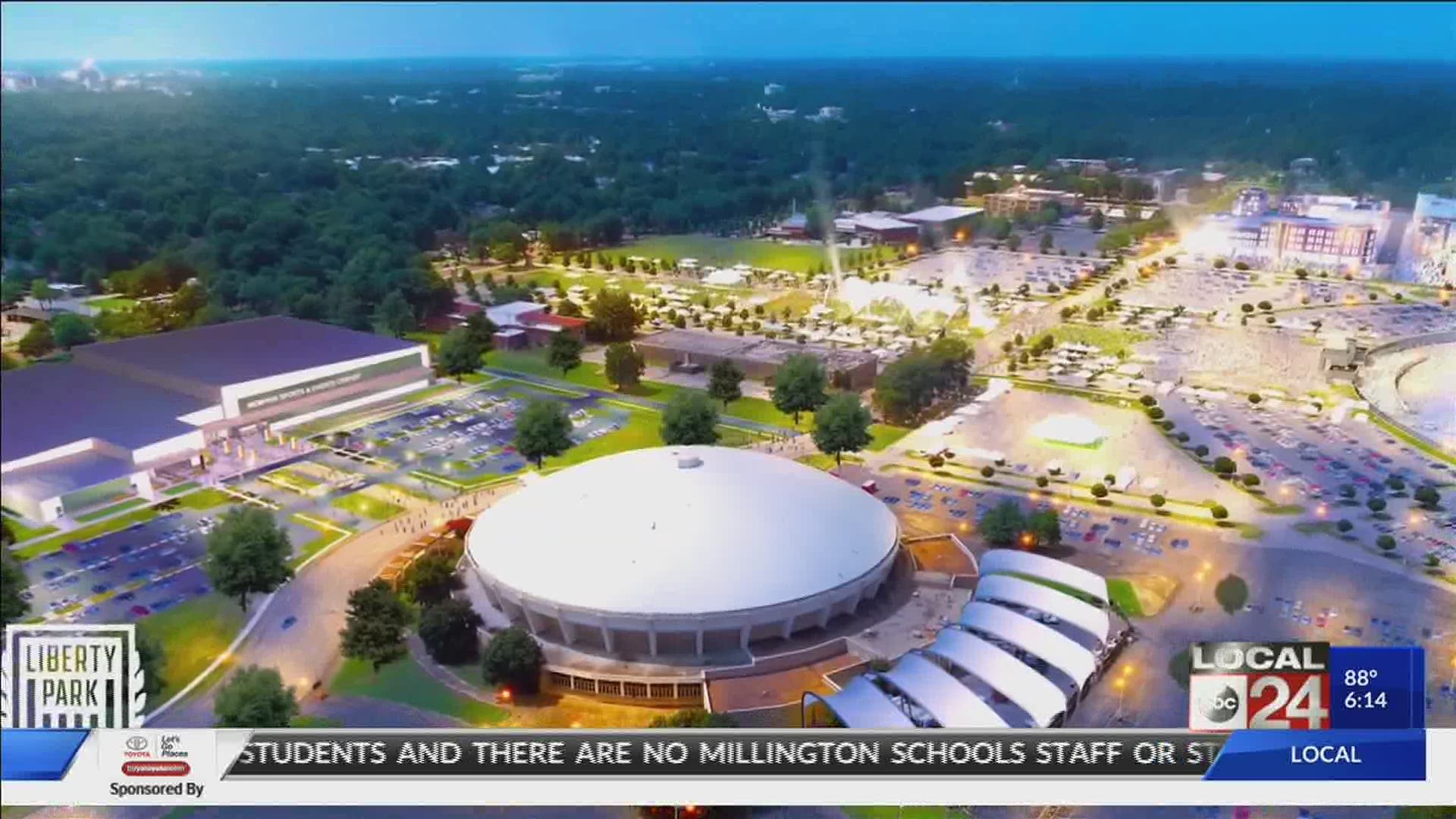 MEMPHIS, Tenn. — The City of Memphis announced some much awaited and exciting news about the fairgrounds. It will now be known as Liberty Park, and it’s sure to attract a lot of Memphians and tourists.

“People have been talking about what happens next and what happens with the fairgrounds,” said Mary Claire Borys, Division of Housing and Community Development Strategic Initiative Manager, “This is exactly why we wanted to come up with a new name. Remember the good parts, but forget the bad parts because we’ve got a great future coming up for Liberty Park.

It is a future that includes hotel and indoor sports complex.

“Used sports is a $15 billion a year industry. It is high time that Memphis states its claim,” said Borys. “This facility will have eight permanent basketball courts and the ability to scale up to 16 basketball courts for a tournament which puts us on the large scale for tournaments. The Memphis Sports and Events Complex will also include three professional side soccer fields on the site.”

It will be helpful when it comes to hosting tournaments and is expected to bring about a million visitors a year.

Even during a pandemic, the $120 million project is racking in interests with a plan to help surrounding venues.

"It’s literally the heart of the city,” said Borys. “When we put together the tourism development zone and got it approved by the state, we wanted to make sure that we could take the success of these big new assets generate and plow some of the dollars that they help raise into the older and community assets.”