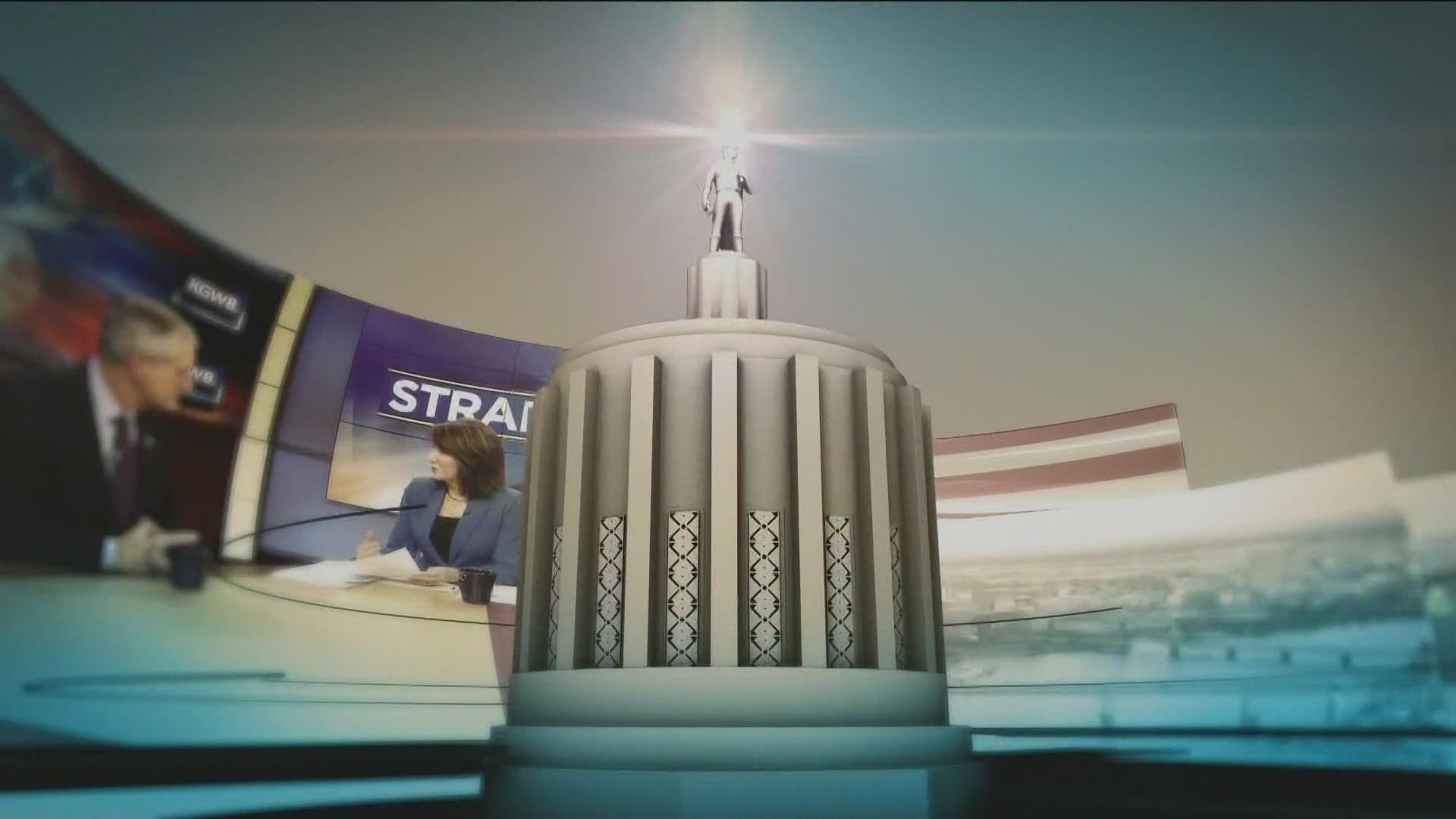 "One in two adults are vaccinated, even with this latest surge, we are well on our way to recovery," she said.

Her goal, however, isn't a return to normal. She said there are too many disparities for Black, Indigenous, and people of color in Multnomah County caused by systemic racism.

That's why the Multnomah County Board of Commissioners has declared racism as a public health crisis, in an attempt to rebuild the county using a racial equity lens.

Chair Kafoury and Multnomah County Interim Health Director Ebony Clarke were guests on this week's episode of Straight Talk. They discussed how the county plans to tackle racism as a public health crisis and how it will make a difference.

Director Ebony Clarke leads 1,400 employees in the state's largest health department. She said, often times, when people think of racism they think about it in terms of a personal perspective, private assumptions, and beliefs.
Clarke said when the county talks about racism, it's about institutional and systemic racism.

"(We look at it) from the perspective of recognizing and acknowledging how racism is embedded throughout our bureaucratic system from policy to practice. There are through lines to the criminal justice system, to housing, to health care, and so much more," Clarke said.

RELATED: Multnomah County's Director of Mental Health and Addiction Services is ready to rebuild a department that's been under fire

Racism as a public health crisis

Kafoury sees declaring racism a public health crisis as a means of confronting the disparities created by racism. She said for years, Multnomah County has looked at what causes disease and early death and how it's linked to disparities in societal conditions.

"And the differences from cradle to grave are stark and persistent, but they're not inevitable. So that is what Multnomah County is working on. We are committed to doing our part to confront these disparities head on," she said.

Recently, Director Clarke addressed the Multnomah County Board of Commissioners at a public hearing as it considered and then voted to declare racism as a public health crisis. Afterward, Clarke, who is Black and a chief proponent of the move, received an email from a woman who said she didn't believe racism exists in Multnomah County.

"If one has not experienced or is unaware of racism, I don't believe one has a right to determine whether racism is real and alive and well," Clarke said.

"The history of this country was based on racism and until we acknowledge that and break apart the laws, practices, and procedures that make racism embedded in almost everything, it's not going to be solved," Kafoury said.

"Once in a generation budget"

The roadmap for addressing systemic racism begins with Kafoury's proposed $2.81 billion budget for 2022.

It's the largest spending plan in county history, billed as a "once in a generation" effort to end homelessness, address health and safety, community and gun violence, and early childhood education.

The county received nearly $80 million in federal funds from the American Rescue Plan. The first priority for the budget is addressing the COVID-19 pandemic.

RELATED: Oregon cities and counties to receive $1.5 billion from the relief bill. How much will your town get?

"COVID revealed so many weaknesses in our system, chief among them were that people of color were exposed to the virus because of their work and living arrangements, and as a result they got COVID more often than their white counterparts," she said.

The county is emphasizing prevention by training and equipping health workers who represent various communities of color and partnering with community groups to open vaccine clinics and decrease vaccine hesitancy.

The budget fully funds the Racial Ethnic Approaches to Community Health (REACH) program to reduce chronic illness in Black and immigrant communities. It also funds a new Conviction Integrity Unit in the District Attorney's office to help address the historic impacts of racism in the justice system.

In November 2020, Multnomah County voters approved a new personal income tax on high-income households to fund preschool for all 3 and 4-year-olds.

Preschool is an expensive proposition for many families. Kafoury believes by making early childhood education accessible to all, the county will give all children access to a bright future.

"Studies show if you have a high quality preschool program, you're more likely to be successful, graduate from high school and go on to be successful in life," she said.

RELATED: Straight Talk: Child care deserts and preschool for all

"I don't think people know 40% of our patrons in East Multnomah County have only access to 20% of our library space. We know these are the kinds of things we need to rectify," she said.

Just how successful the county is in addressing racism as a public health crisis may take time. Clarke said she hopes in six to 12 months, they will build trust among community members and see more people, especially people of color, accessing county services.

Kafoury stressed returning to normal after the pandemic is not success.

"Normal is not good enough. We need to rebuild a better way. I know we can. I have seen this community come together around COVID in ways they never have before. I have hope for the future," she said.

Kafoury hopes the state of Oregon and other counties will follow Multnomah County’s lead and also declare racism a public health crisis.

Clarke said a key to addressing racism is to name it, acknowledge it, and then to act.

"We are well-positioned to work to undo all the harms and hurts. Racism hurts all of us and we all hold the pieces to the puzzle to fix it," she said.

Straight Talk is also a podcast.