The Wurlitzer organ has been a fixture at the theater for nearly 100 years. 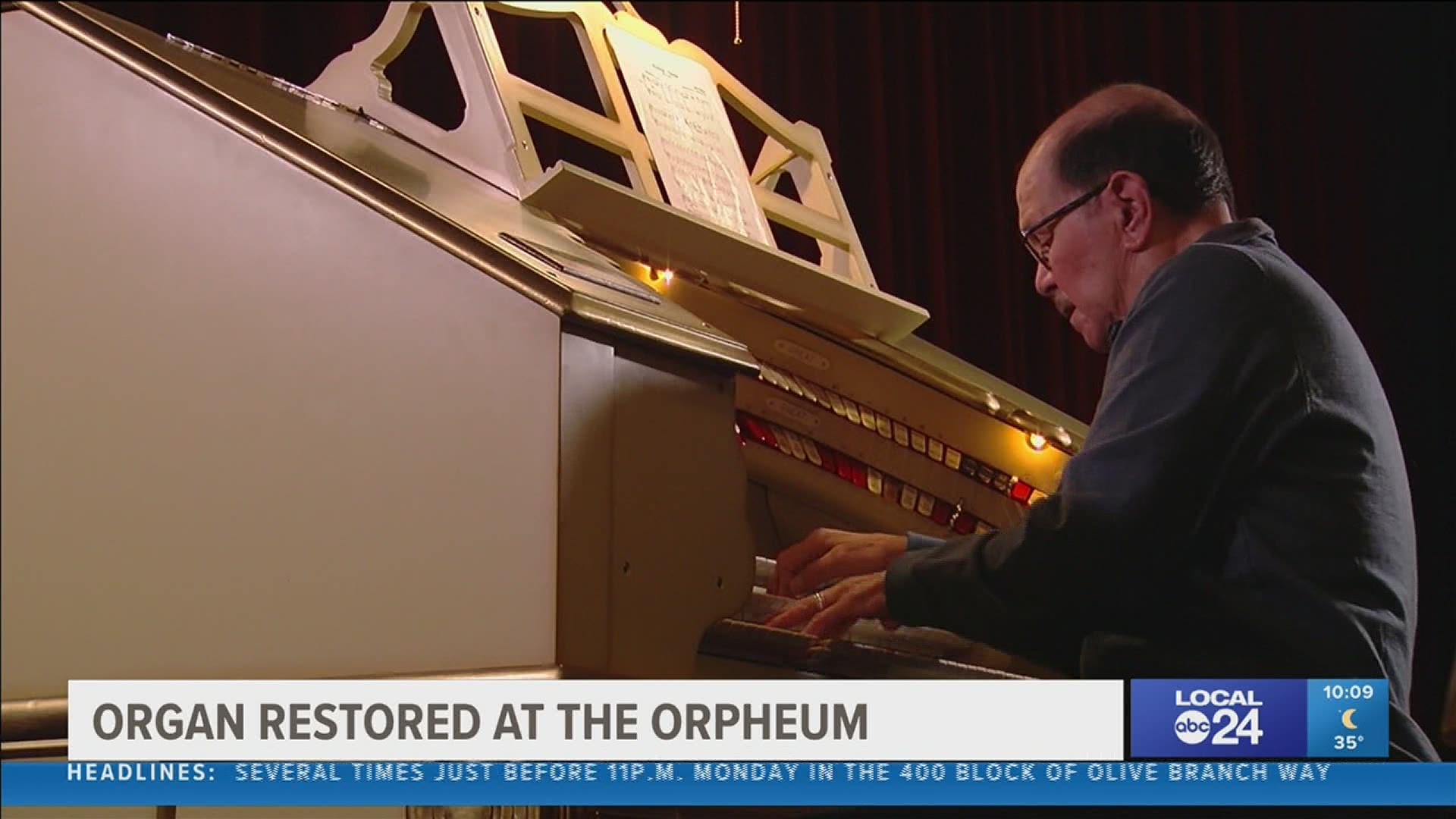 MEMPHIS, Tenn. — The Orpheum is a big part of Memphis' soul. Within the famed auditorium is the "heart" of how this place comes alive: the 1928 Wurlitzer organ.

Memphis historian and organist Vincent Astor said "it's the best entrance in show business" when the organist and organ rise for the view of the audience.

"You know you’re in for a treat when you see the organ rise out of the floor," Astor said.

Astor said the pipes, percussions, and all the elements of the Wurlitzer are from 1920s and have been maintained over the last century.

"The pipe work and voices on the organ and the percussions and the sound effects are all just as they were in 1928," Astor said.

The Wurlitzer organ is the "crown jewel" at the Orpheum and has a long history of being a focal point for the audience.

"The Orpheum’s Mighty Wurlitzer Organ was bult in North Tonawanda, New York in 1928 and was shipped to the Orpheum on September 25th of that same year," a spokesperson for the Orpheum Theatre Group said. "The $19,000 instrument was originally purchased to play for vaudeville shows and silent movies and was most recently enjoyed by patrons through the Orpheum’s annual Summer Movie Series."

Over time, the organ needed restoration so it could play all its potential.

"After a study of the organ was commissioned by the Orpheum Theatre Group and completed by JL Weiler, Inc. of Chicago, the nation’s most noted restorer of theatre organs, it was determined that approximately $500,000 worth of rebuilding was needed to fully restore the instrument," a spokesperson for the Orpheum Theatre Group said. "They estimated that without the major improvements the organ would have been inoperable within the next year and a half."

Memphians, who couldn't imagine a performance without this instrument, rallied to raise the money needed to restore it.

"Generous Memphians then rallied to “Save the Wurlitzer” in 2017. In June 2018, the organ was packed up and shipped to Chicago for a full restoration," a spokesperson for the Orpheum Theatre Group said. "It is a registered 3 manual, 13 rank 240 style Wurlitzer. Its horseshoe console rests on its own hydraulic lift that can raise or lower it out of the orchestra pit."

The "heart" of the Orpheum has returned home and is ready for showtime!

The Wurlitzer organ has been a fixture at the theater for nearly 100 years.

After a needed restoration, it can now play better than ever. @LocalMemphis

Organist Tony Thomas is always thrilled when he gets to play this Wurlitzer. It's the personality for everything at the theater from movies to musicals and has never gone out of style.

"We can play very delicately, we can play majestically, and we can move people with music with this instrument," Thomas said.

Thomas said the organ is the "voice" of the theater.

"When you’re sitting out there in the seats you feel it. You feel the air around you," Thomas said. "That’s a thrill."

The instrument's adaptability throughout the century has unified audiences with the way it makes you feel in the moment. It can play a gentle tempo to a mighty roar to match the energy of the performance.

"This is how the heart moves through music," Thomas said. "This beast here is designed to bring the best of that out in any kind of music."

While the Orpheum's Wurlitzer has lived from decade to decade, this old soul has never lost its rhythm.