North Memphis native Kerrion Thompson got the chance of a lifetime when he performed during Sunday's halftime show. 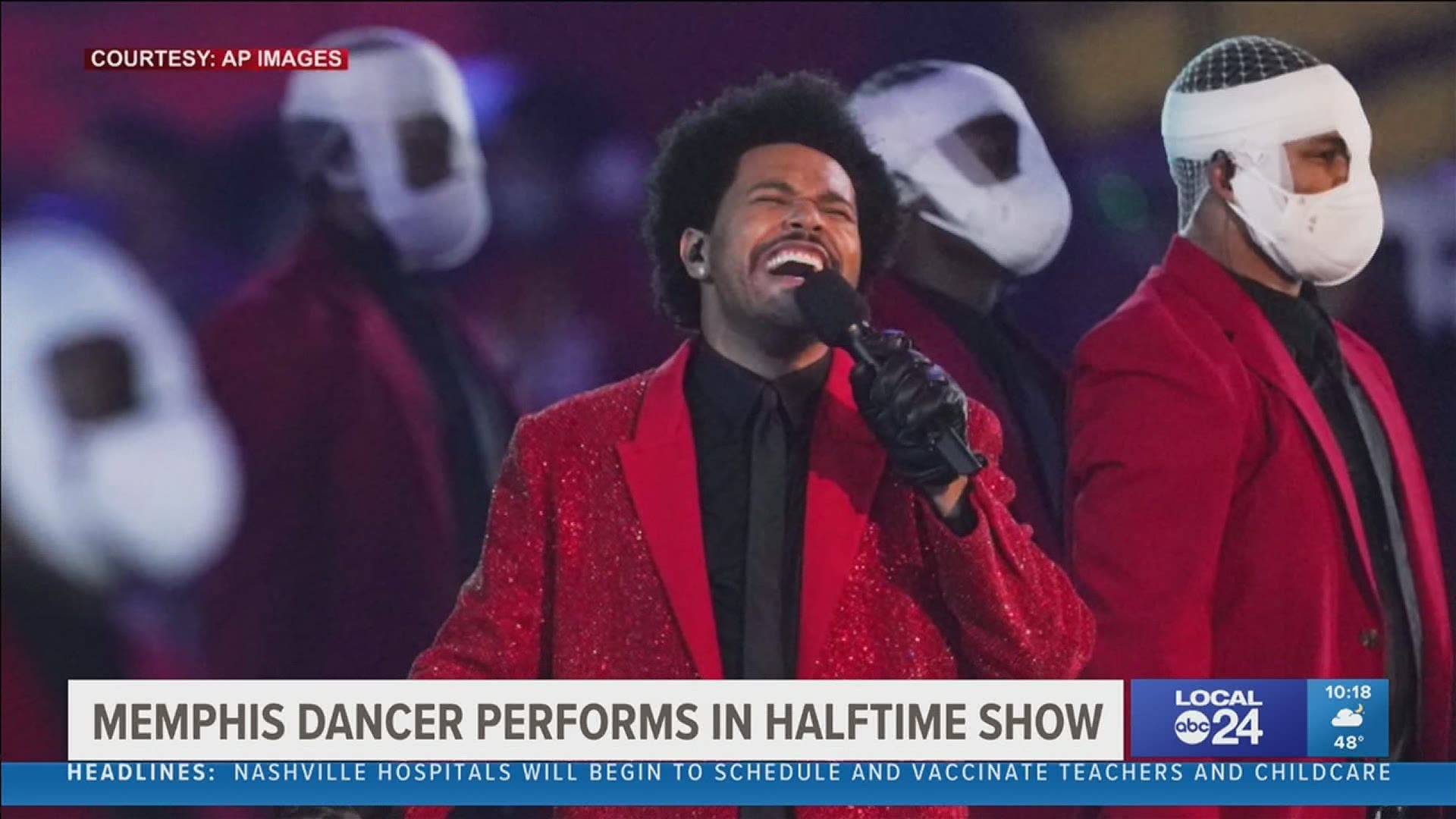 MEMPHIS, Tenn — For one Memphis man dancing is a large part of his life and Sunday he was able to display his talents on one of the biggest stages during the Super Bowl Halftime show.

“Is it real? You know is this like a real thing?" dancer Kerrion Thompson said he asked himself.

Yes it was really happening.

Thompson got the chance to dance alongside R&B and Hip Hop artist the Weeknd and other performers.

Thompson is originally from North Memphis and began dancing when he was young.

He said it was a tight schedule when it came to preparing for the big performance.

“Technically we had a short amount of time," said the dancer. "They normally have a couple of months to do the Super Bowl. We did it in like roughly a week.”

Say hello to Kerrion Thompson, a North Memphis native who performed during the #SuperBowl Halftime performance with @theweeknd 🎶

Catch my story at 10 on his experience! pic.twitter.com/wD421OOsxy

The performer said he feels especially lucky to have gotten the Super Bowl opportunity during a time when entertainment jobs like music videos have been put on halt and tours have been cancelled.

"It’s been a journey, especially to get that during a pandemic," said Thompson. "A lot of people in the entertainment profession have really taken like a big cut.”

So what’s next for him? To be an example and help others in the Memphis dance community.

“For me to come from Memphis and to do something like that, it can show those or people that was in my position that it is possible that it can just happen out of nowhere. As cliché as it sounds don’t really give up on your dreams.