MEMPHIS, Tenn. (localmemphis.com) – Set up has begun for the third annual Mempho Music Festival. The two-day festival features a variety of artists and ba... 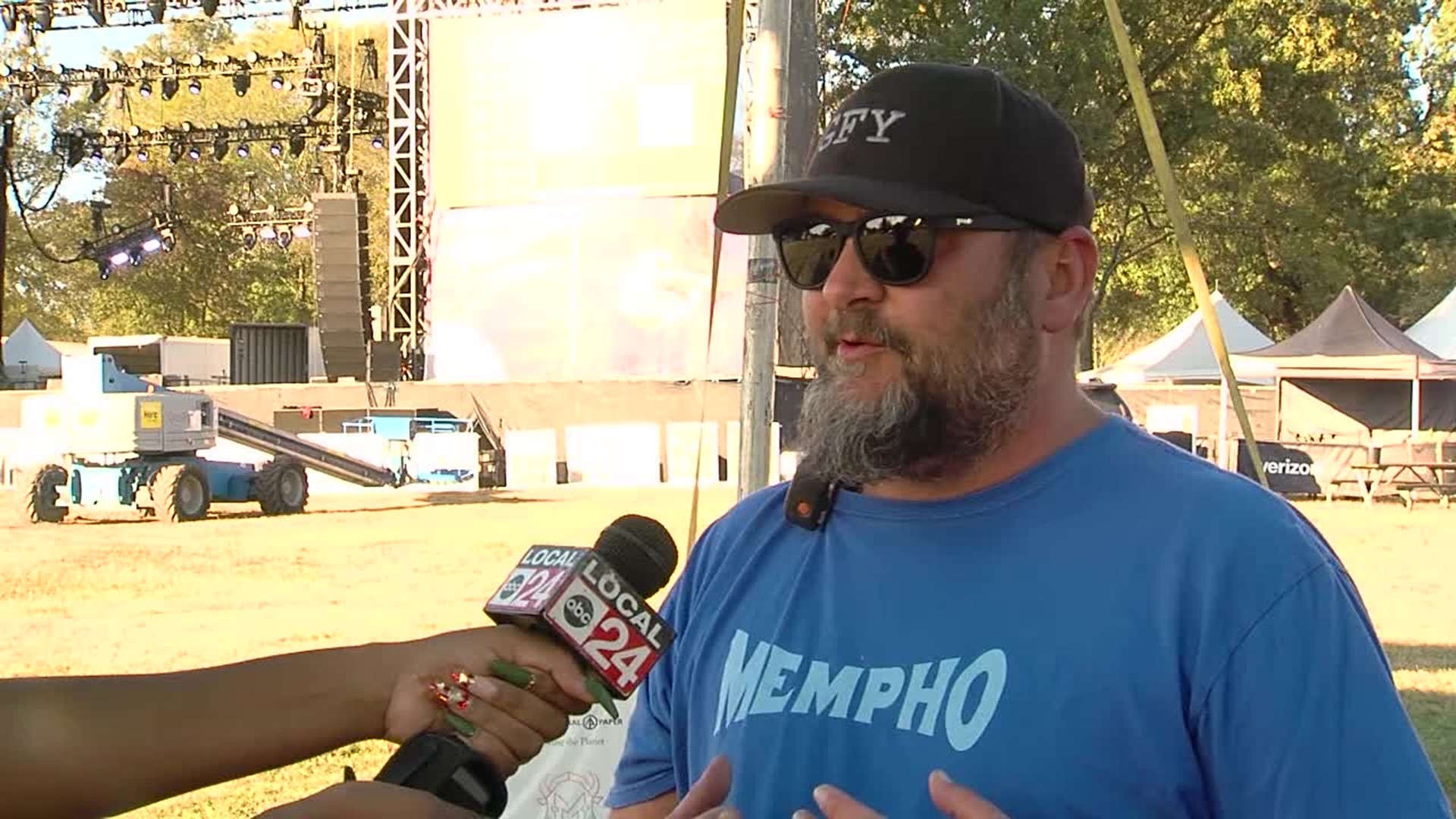 MEMPHIS, Tenn. (localmemphis.com) – Set up has begun for the third annual MemphoMusic Festival. The two-day festival features a variety of artists and bands ina premiere location of Shelby Farms Park. More than 15,000 people attendedlast year, and organizers expect that number to rise.

“So with Mempho, we always like to try to bring artists tothe table that have a relationship or a history with Memphis. Most of all theacts that are here have either recorded in Memphis, have spent some time inMemphis,” said Mike Smith, Production Manager for Mempho Music Festival.

Some of those acts include Wu-Tang Clan, Margo Price, PJ Morton,and award-winning internationally known, The Raconteurs.

“Every year after the event we’ve had a poll that asked thepeople that come who they would like to see and what they would like to happenand we’ve got quite a few acts this year that came directly from thosepolls,” Smith explained.

Festival goers can see more food vendors, better parking, and a sportslounge that will show all of the University of Memphis football games or othercollege football games this weekend that you may think you’ll miss by coming tothe festival.

“Right now, still at MemphoFest.com you can enter the code ‘friend’ and receive a 25% off discount if you’re a student of the University of Memphis or anyone hearing this message right now,” Smith explained.

That discount is expected to add some relief to college studentswho may have not been able to afford it.

“I think it would be fun, if I had known about it earlier Iprobably would have got some tickets and tried to come, because I’ve never beento a music fest so it would be a cool experience I feel like,” said JosiahCrutchfield, a sophomore from University of Memphis.

Farm Road will close from Mullins Station just North of WalnutGrove starting at 8:00 a.m. Saturday and will reopen by 11:59 p.m. Sunday,October 20th.