'Needs someone to give him a chance' | St. Louis shelter dog has waited 1,250 days to be adopted

Bowie was first adopted as a puppy in 2014. A few years later, he was returned 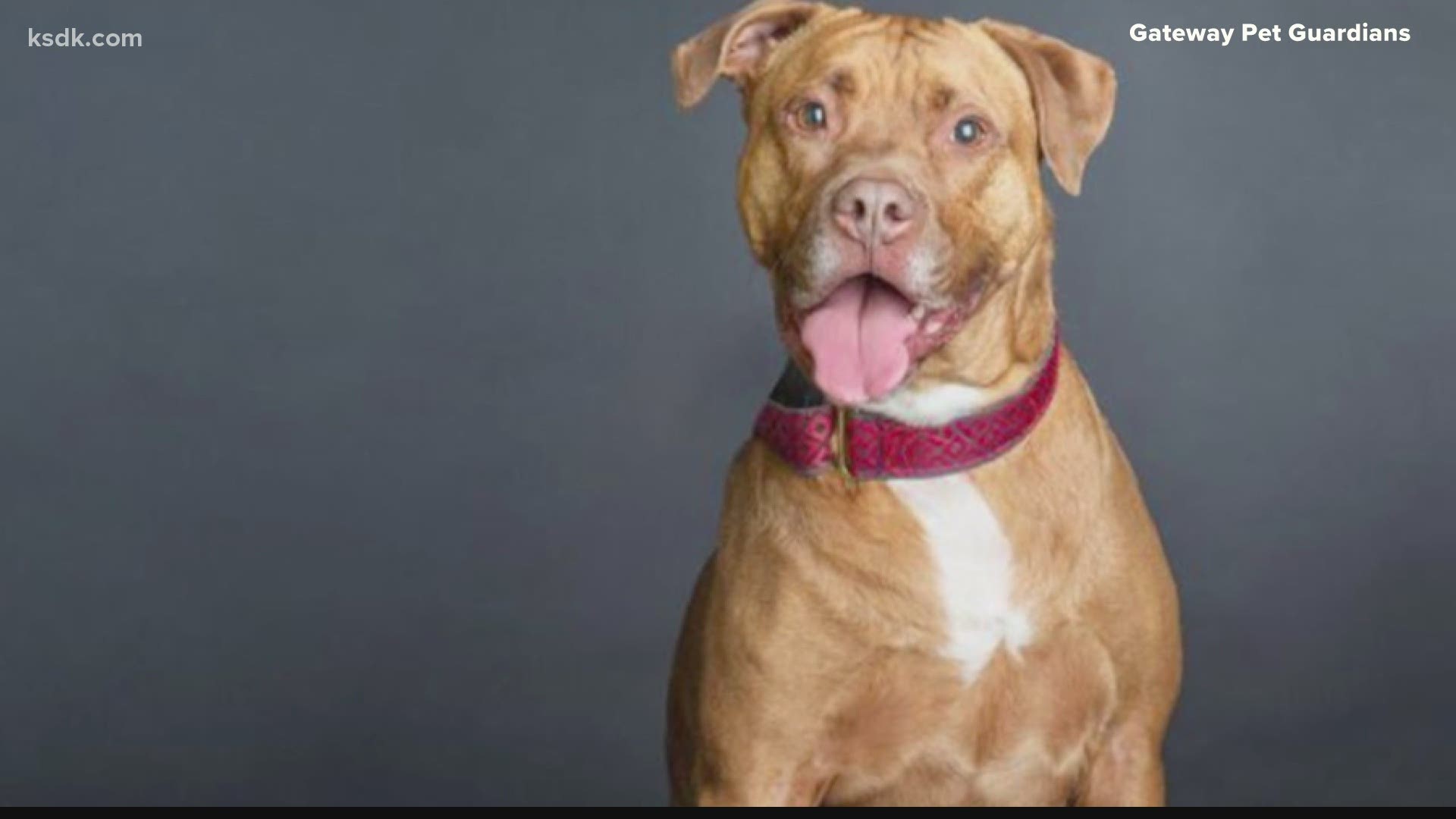 ST. LOUIS — A local shelter dog named Bowie has been waiting a very long time to find his forever family – 1,250 days to be exact.

The 6-year-old pitbull was born in 2014 while in the care of Gateway Pet Guardians and was originally adopted as a puppy. He was returned to the shelter a few years later.

After spending a few months at the shelter, Bowie was placed in a foster home where he has been “crashing” for the last two and half years, the shelter said in a press release.

“We need help from the public to help find this guy a home. He’s a great dog who is very well trained and just needs someone to give him a chance,” said Brittany Fleming, placement manager.

Many animal shelters experience a phenomenon where a pet in their care gets looked over time and time again through no fault of their own, Gateway Pet Guardians said in the release.

Bowie’s adoption fee has been sponsored by “one of his fans” and his adopter will receive four free sessions of in-home private training and a professional photoshoot!

“Whoever adopts Bowie is going to inherit a bunch of new friends because he has quite the fan club rooting for him,” said Fleming.