A giant anteater is coming to Zoo Knoxville and we can't wait to see her!

While the zoo doesn't have pictures of Tiana yet, just a quick google search shows you that she's going to be amazing! 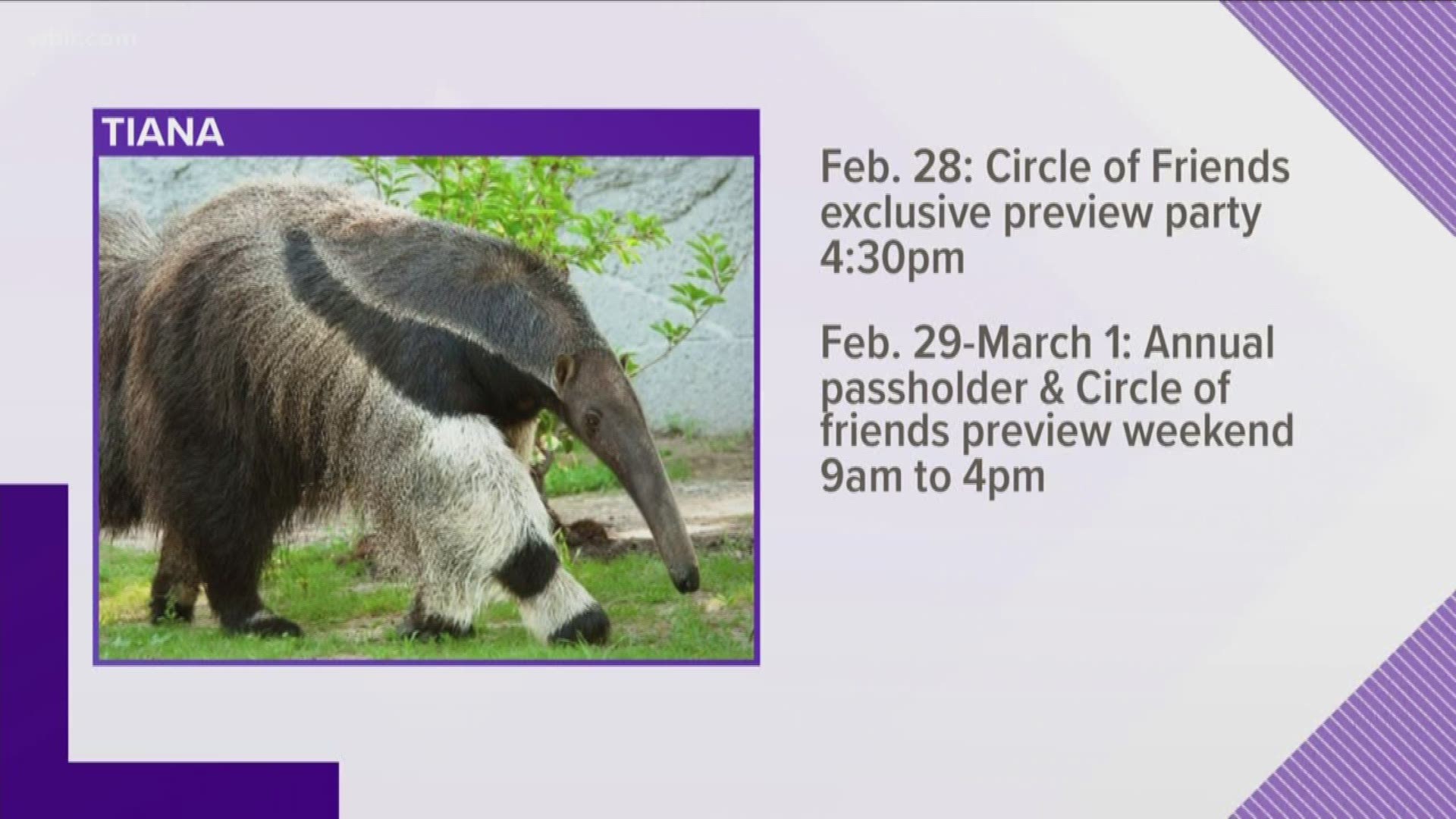 KNOXVILLE, Tenn. — A brand new animal is moving into Zoo Knoxville this month. We haven't even met her, but we're already pretty impressed

By popular demand, Tiana the giant anteater will be taking up residence in the Wee Play Adventure building.

Last summer, the zoo asked the public to vote on what kind of new animal they would like to see--- a giant anteater or a bearcat, and looks like the anteater won!

Tiana is in her mid-teens and could live up to 25 years in the zoo's care. She's a big girl--- about 100 pounds, and will come to Knoxville from Nashville in mid-February..

She will make her public debut the first week of March.

While the zoo doesn't have pictures of Tiana yet, just a quick google search shows you that she's going to be amazing!

RELATED: Couple gets engaged at Zoo Knoxville with elephants

Giant anteaters have a tongue that's two feet long! That's the longest tongue in relation to its body size of any mammal, and they can flick their tongues in and out 150 times per minute.

Giant anteaters also have a pretty unique look. They have three giant claws and two smaller digits on their feet, and walk on their wrists with their curls curled up behind them to keep them sharp. They also have long, fluffy tails to protect themselves from heat and rain and to help steady themselves when they stand on their back legs.

Three other random facts? Their sense of smell is 40 times that of a human, they are strong swimmers, and can run up to 30 mph when necessary!

Don't worry about her being lonely, either. Anteaters are solitary animals, and only get together when it's time to breed.

Giant anteaters are listed as endangered species, with scientists estimating fewer than 5,000 left in the wild. They are native to the Central and South America and can live in tropical and dry forests, savannas, and grasslands.