"I went and watched the surveillance and he literally was standing up and fell over and just started having seizures." 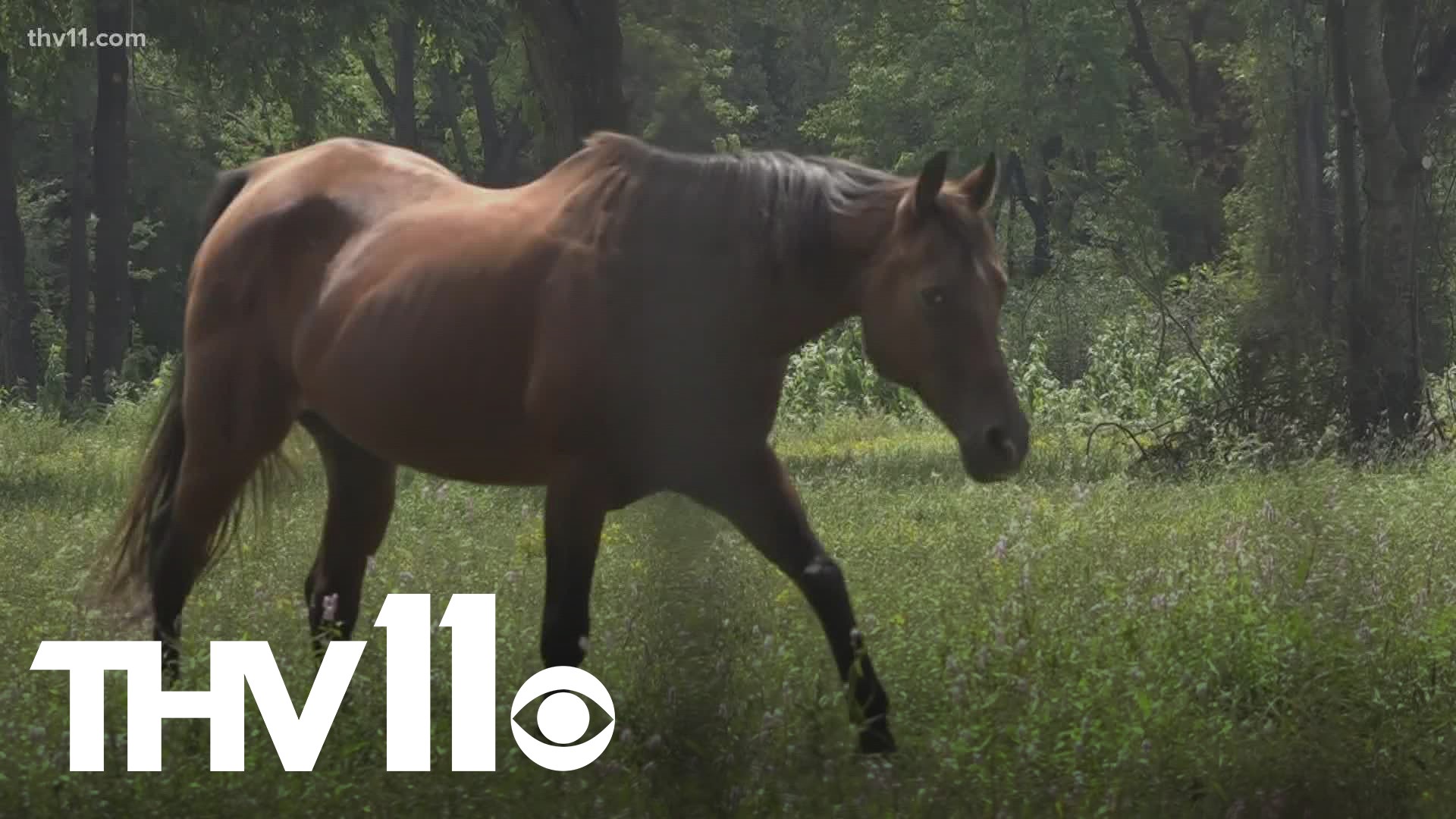 According to the Department of Agriculture, EEE is an extremely rare and potentially fatal infection that causes an acute inflammation of the brain. The disease is spread by biting insects, primarily mosquitoes and flies, that have bitten birds infected with the virus.

"It's not that common here in Arkansas. It's not something we deal with on a regular basis but it is a concern because it has about a 80-90% fatality rate," said Patrick Fisk with the department.

He said the neurological disease can prove fatal to other livestock animals as well. Animals can drop and then be affected by vision loss and seizures days leading up to their death.

The Arkansas Department of Agriculture has confirmed two separate location of EEE in Pulaski County. A quarantine order has been issued for the affected areas.

If bitten by infected mosquitoes, humans can also be affected.

WARNING THESE VIDEOS ARE GRAPHIC but I feel it necessary to post these for all my horse friends to see what I have been...

Veronica Robertson had 14 horses before 3 of them died within a week beginning last Saturday. They all tested positive for EEE.

"It's been heartbreaking for me," said Robertson. "One of them was my grandson's horse, one of them was my personal horse since the day he hit the ground, and the other was a horse that I rescued."

Uno was her personal horse, CJ was her grandson's horse, and Shine was her rescue. Uno was the first one to die Saturday which surprised her, because they're all vaccinated against EEE.

It's recommended that horses get updated vaccinations each year.

"There's surveillance on my property and I went and watched the surveillance and he literally was standing up and fell over and just started having seizures," said Robertson.

She said her family has been horse racing for more than 20 years.

She didn't know how she was going to tell her grandson that his horse was now dead. It took him a while to enjoy horseback riding as he was initially scared of the animals.

"There's nothing you can do for it, and it's very contagious and the mosquitos travel. I live in North Little Rock and they have the state horse show and I'm about 13 minutes from there if you drive," said Robertson.

The 2021 Arkansas State Championship Horse Show is being hosted over the weekend at the state fair grounds.

Mike Verkler said the event is the largest horse show in America showcasing Arkansans from different regions of the state.

"The main thing to prevent it is to spray for mosquitoes," said Verkler. "So we had a company come in. We removed the horses from the barn. All the barns were sprayed. The arena was sprayed. The outdoor areas. The camping areas. We've taken all precautions."

Michael Altom with the event said a state veterinarian met with them Thursday to give them the green light for the show.