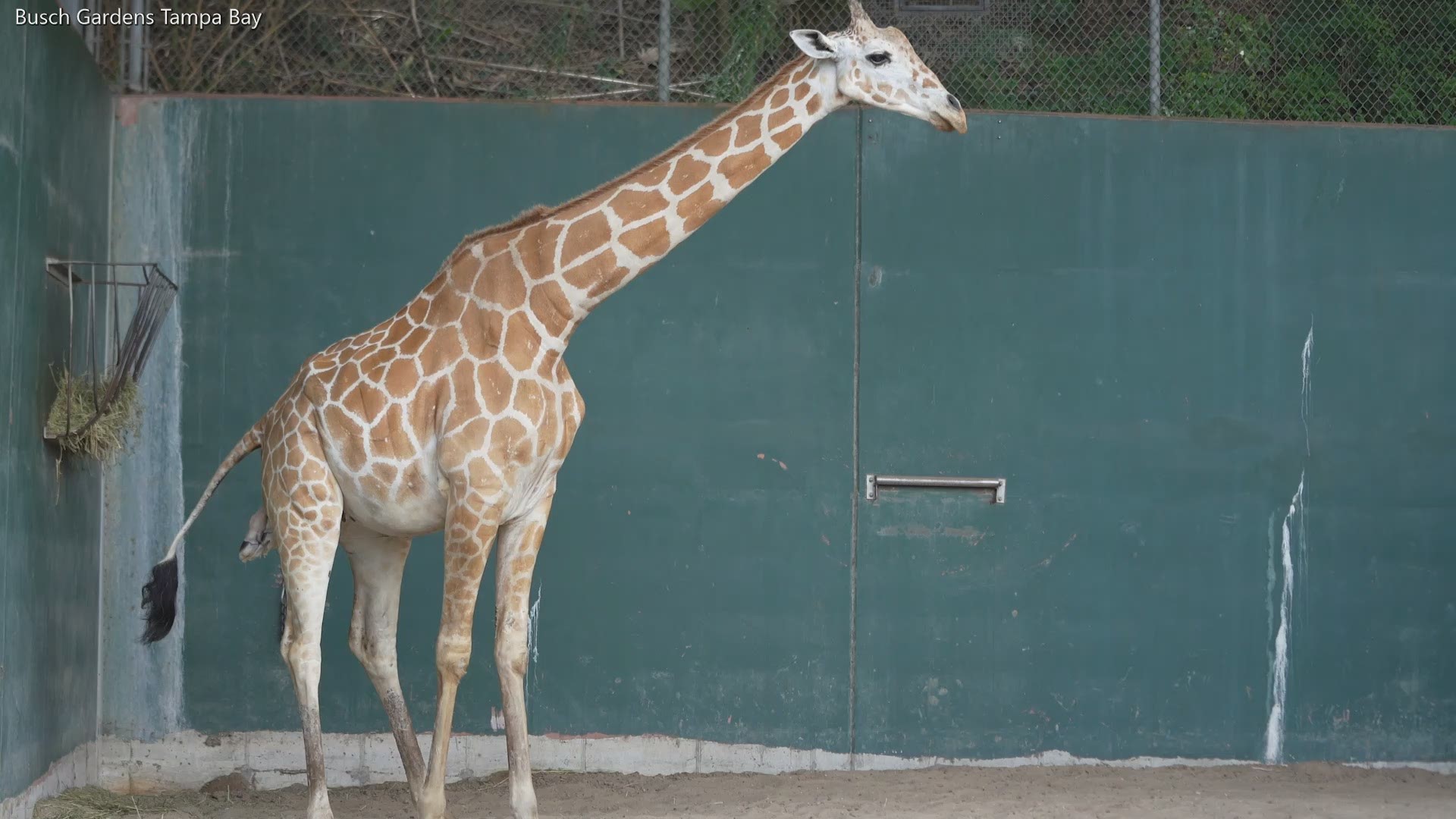 TAMPA, Fla. — What great timing! A giraffe at Busch Gardens Tampa Bay had her new baby just in time for World Giraffe Day.

Busch Gardens says her care team was close by when she delivered and the zoological team has been monitoring Bea and her son as they continue to bond. For now, the momma and her calf will remain behind the scenes at the park, which means you won't be able to see them just yet if you visit.

Once "important developmental milestones" are reached over the next few months, Busch Gardens says Bea and her calf will join back up with the herd at the park's Serengeti Plain.

Bea has had two other calves - Binty was born in 2014 and Amani was born in 2015. Busch Gardens says the last giraffe born at the park was Patty, who was born the day before St. Patrick's Day in 2018.

World Giraffe Day is held on June 21 every year, according to Busch Gardens.

The day celebrates the savannah animal and highlights conservation efforts for the endangered species. There are only about 15,000 giraffes left in their natural habitats. The park says giraffe populations have declined more than 50 percent in the last 30 years because of habitat loss and hunting.

RELATED: Baby giraffe on the way at Busch Gardens