Fred, the Rutherford County Sheriff's bloodhound, found Kinzleigh Reeder on Friday, June 25. She had been missing since May 26. 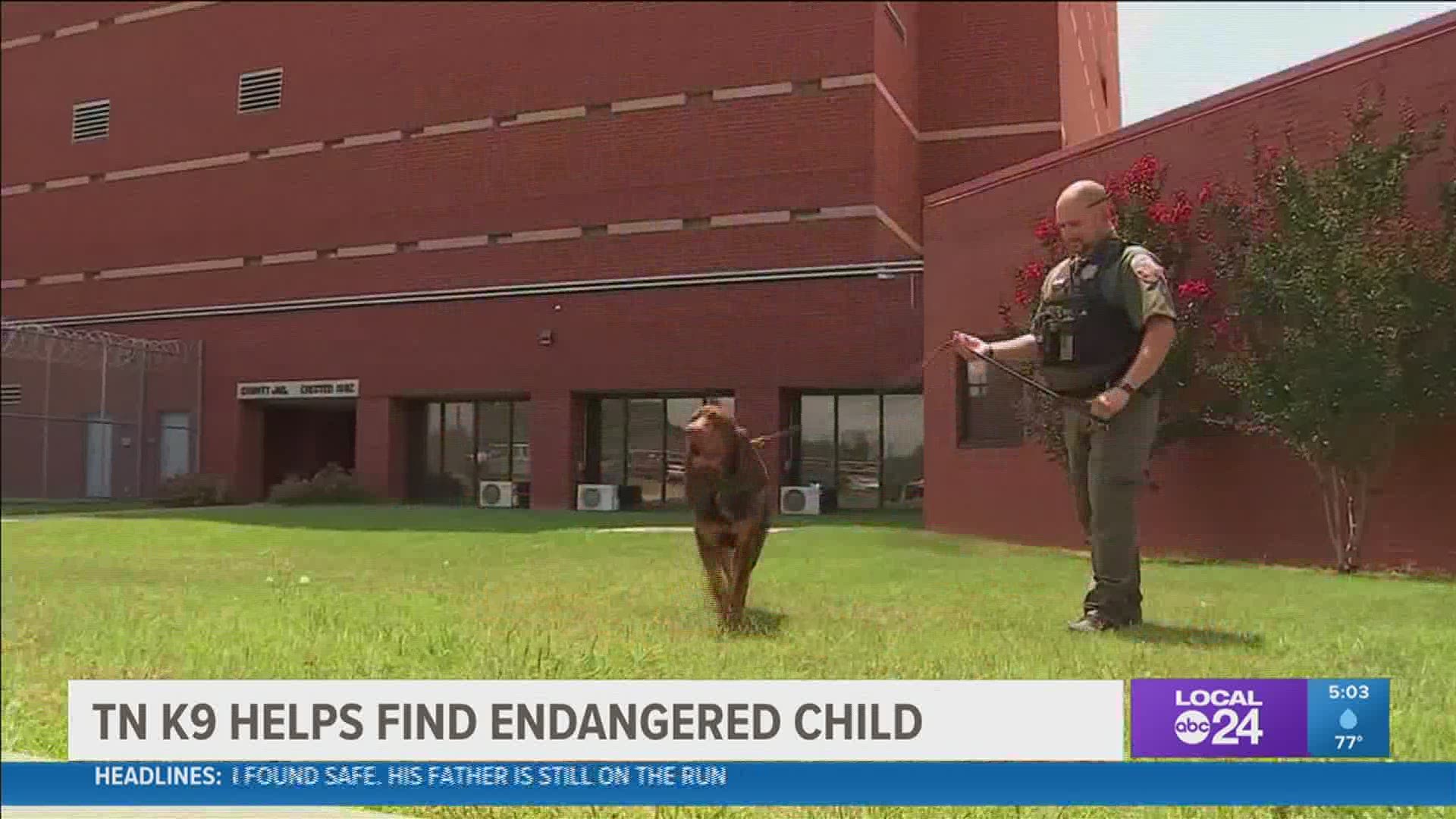 DEKALB COUNTY, Tenn. — A K9 tracked down an endangered 6-year-old girl who had been missing for nearly a month.

Fred, the Rutherford County Sheriff's bloodhound, found Kinzleigh Reeder on Friday, June 25. The DeKalb County Sheriff's Office had been searching for Kinzleigh after her father, Nicholas Reeder, allegedly abducted her on May 26th.

Deputies believed the father and daughter were camping in the Pea Ridge community in DeKalb County.

They then released Fred near the home where deputies believed the two were hiding.

They say the dog led them to a door which was reinforced from the inside.

“We made entry into the building and discovered the suspect and child in the back of the shed behind blankets that were hanging from a makeshift clothesline,” said Sgt. James Holloway with the Rutherford County Sheriff's Office.

Investigators took Nicholas Reeder into custody and safely turned over Kinzleigh to the DeKalb County Sheriff's Office. But not before Kinzleigh greeted Fred with a big hug.

Tidwell said Fred gets rewarded with chicken to feast on when he makes a successful find. This time, he received an extra treat of pizza crusts.

“I praised him and loved on him,” Tidwell said. “I pulled the chicken reward out of my pocket. He ate the chicken and wanted to meet other people as if to say, ‘Look what I’ve done.’”

WKRN reports Nicholas Reeder was booked into the DeKalb County jail on a charge of child abuse or neglect. He also had warrants for failure to appear and custodial interference. Bond for Reeder was set at $175,000.