Zookeepers said the baby genet was born by C section after mom Jennet began having difficulties during labor. 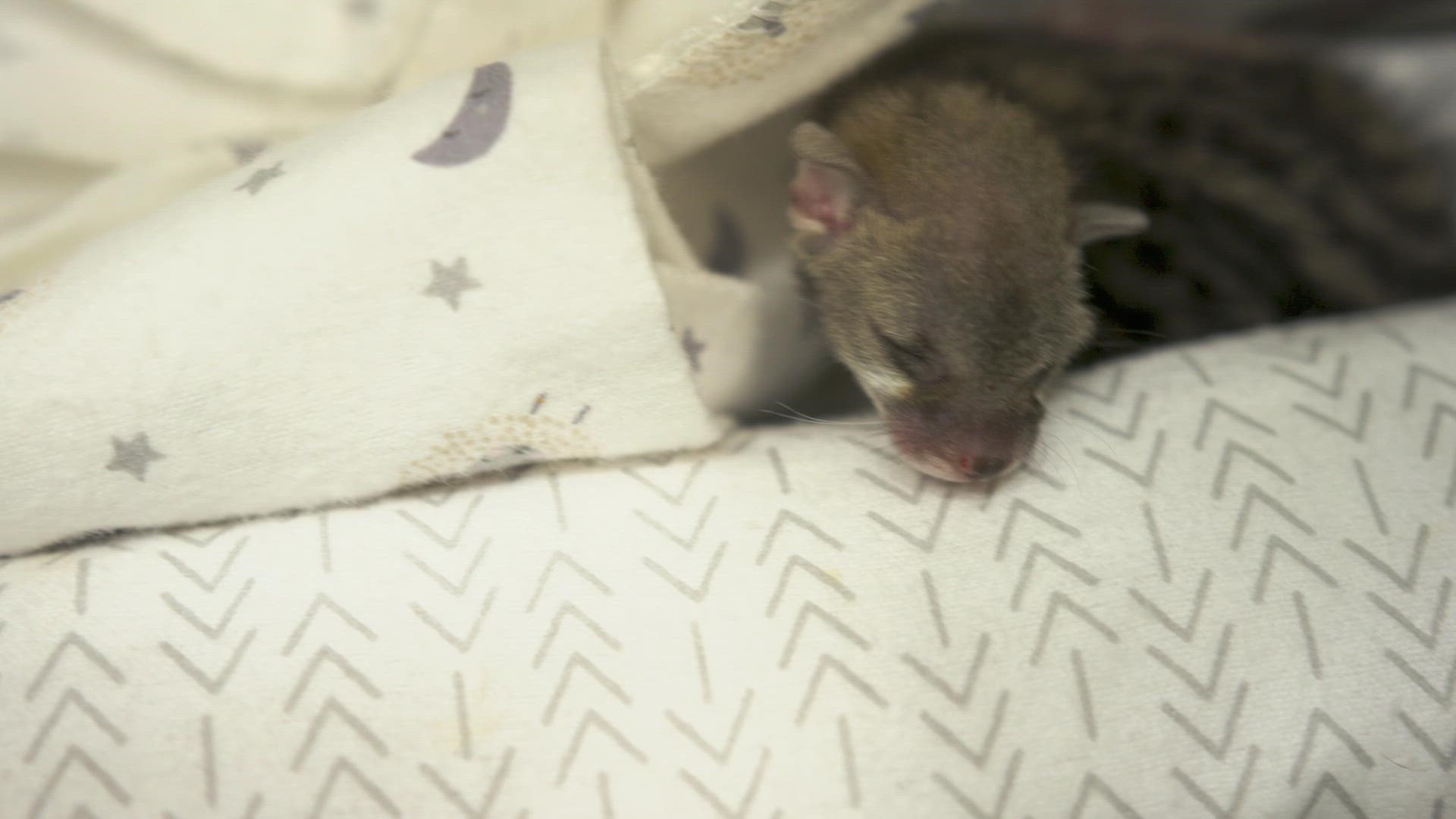 MEMPHIS, Tenn. — UPDATE: 8/29/2021 Check out this video from the Memphis Zoo of the tiny and adorable Josie walking already!

The Memphis Zoo announced August 6, 2021, its first-ever birth of an African Spotted Genet.

Zookeepers said the baby genet was born by C section after mom Jennet began having difficulties during labor. The baby was in critical condition, and hand raised by her keepers and veterinary staff. They said she just opened her eyes and is doing well.

The baby has been named Josie, and her dad is JoJo. It will be a while before Josie is able to go on exhibit, but the zoo said it will post updates on social media.

About African Spotted Genet from the Memphis Zoo:

African Spotted Genets are small nocturnal carnivores in the family Viverridae. They are native to southern Africa. During the day, they hide in tree hollows, hollow logs, or in between loose boulders. At night, they hunt for insects or rodents. They also occasionally eat fruits. They are excellent climbers and can jump easily between trees. Genet fur is as individual to them as a human fingerprint. Female genets have 1 to 5 kits per litter. Genets are common in their home range and are classified as "Least Concern" by IUCN.

Grab your leg warmers, fanny packs and Aquanet. After pausing in 2020, the biggest party in Memphis is returning bigger and better than ever for its 37th year! We're taking it Back to The 80's. Stay tuned for more totally rad details! pic.twitter.com/cQHbeIBRzM