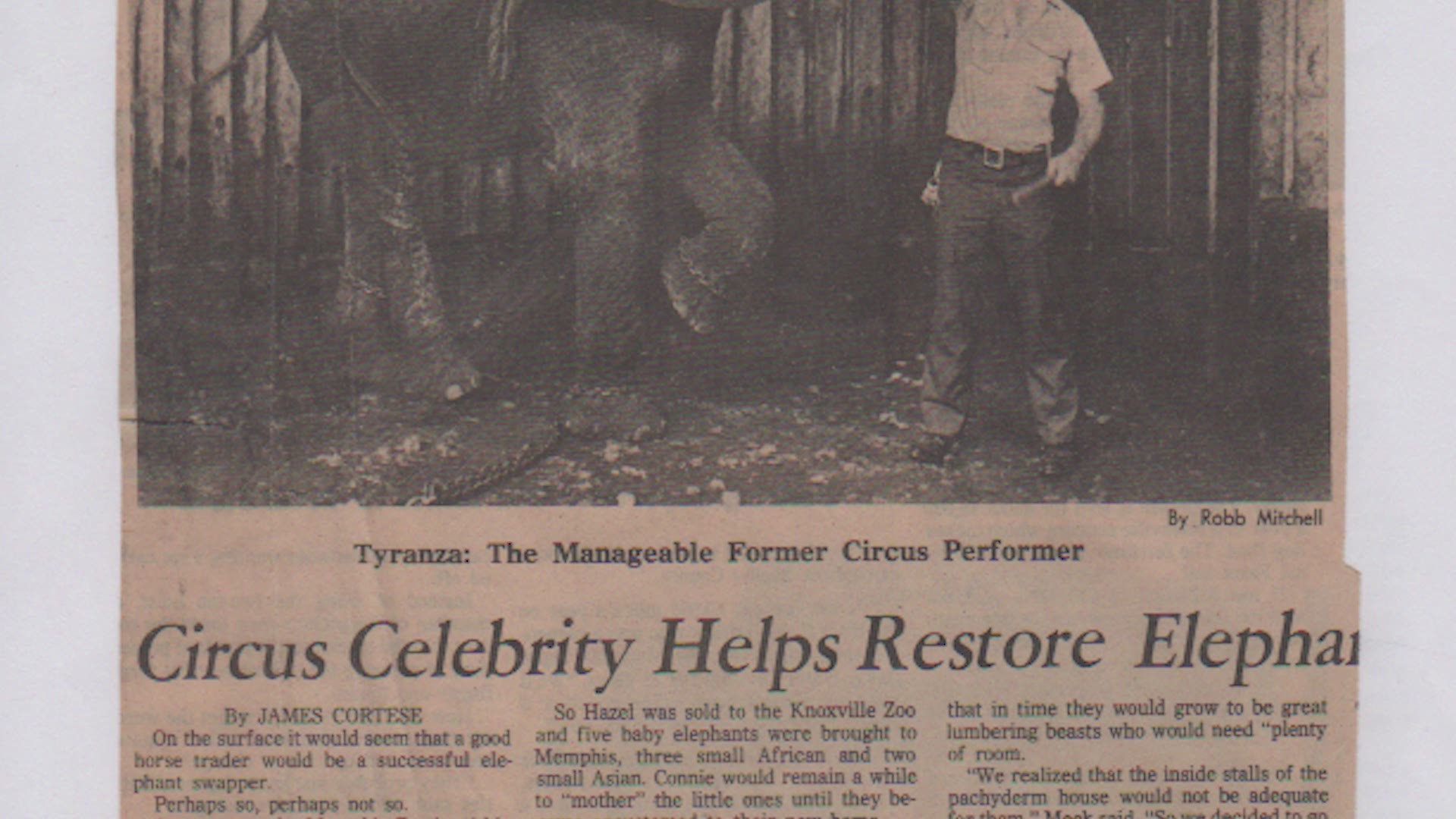 MEMPHIS, Tennessee — The Memphis Zoo is included on In Defense of Animals’ “10 Worst Zoos for Elephants in North America” list for 2020.

The Memphis Zoo landed at number 8 on the animal protection organization’s list “for its connections with circuses and keeping captive numerous victims of the circus industry,” according to the group.

“Despite being ‘retired’ from the circus, elephants at Memphis Zoo are still working for their keep, forced to be on public display day after day in small enclosures that erode elephants’ minds and bodies through lack of mental stimulation and exercise they would have only in the wild,” said Will Anderson, Elephant Campaign Coordinator for In Defense of Animals.

“Imprisoned elephants face lives of deprivation which bear no resemblance to the rich, natural context wild elephants have when living in ecosystems in Asia and Africa,” Anderson said.

“Memphis Zoo touted Tyranza as being the oldest African elephant in North America — but this isn’t saying much. As often occurs when elephants die in captivity, zoos cite data for captive lifespans, not those in the wild. Sometimes zoos refer to an ill or deceased elephant as “geriatric,” when in the wild they could still be productive and healthy members of the herd without the fatal diseases unique to captivity. But zoos cannot defend against one undeniable fact: research shows elephants die younger in zoos than in the wild,” the organization wrote.

Tyranza lived to the age of 56 before her death in September of 2020.

In a statement to Local 24 News, the Memphis Zoo responded to the group’s claims.

“The Memphis Zoo prides itself on having a highly respected elephant program that exceeds both expectations and requirements by the AZA. One key facet of our program is allowing the elephants to have choice and control over their environment and we allow our elephants the choice over whether or not to shift onto exhibit, what yards they’d prefer to inhabit and whether or not to participate in training sessions. Tyranza’s record-setting life is a testament to the high level of care she received while at the Memphis Zoo. Additionally, no ‘risky unprotected contact’ is allowed with elephants at the Memphis Zoo between animals and the public,” the statement by the Memphis Zoo said.

“AZA-accredited zoos are required to meet or exceed the demanding standards for elephant management and care that AZA developed in cooperation with animal welfare advocates, field researchers, and elephant experts. These standards are more rigorous than many national and state agencies and they’re continually reviewed, revised and updated to ensure that the best care, management, and conservation practices are incorporated. Our program is audited regularly by unaffiliated experts in the field and passes with high marks,” continued the Memphis Zoo.

Daisy’s hoping we can be back together soon! In the meantime, you can check her out on the elephant cam on our website. #MemphisZoo #Memphis #Zoo #Elephant #LiveCam #Website pic.twitter.com/7FSBrhwqWw