A right whale calf washed up on a beach in St. Augustine over the weekend. The calf's death was caused by a boat. 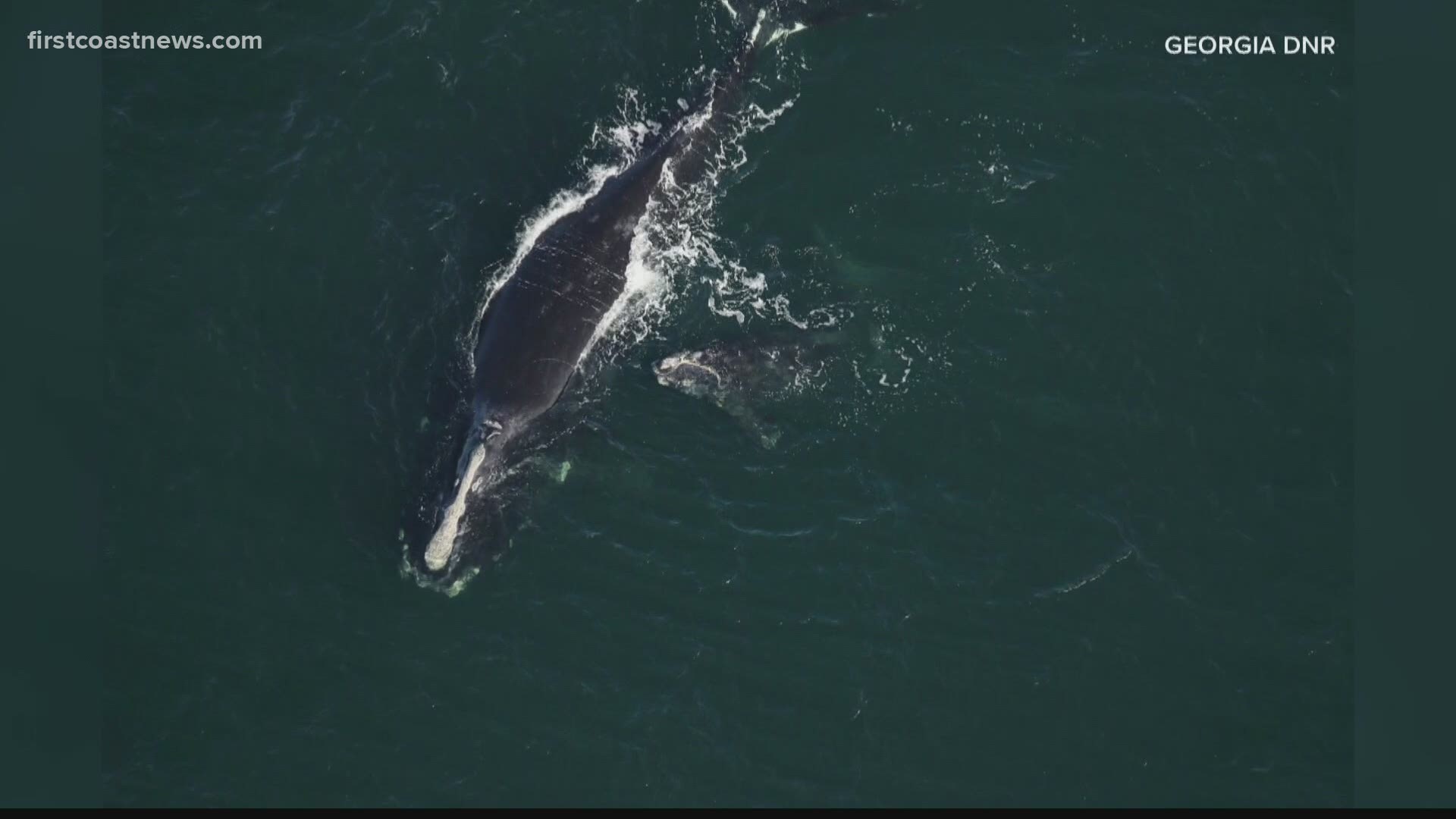 On Saturday, authorities discovered a dead right whale calf washed up on the shores of St. Augustine. It had been killed by a boat.

The North Atlantic Right Whale, an endangered species, swims just beneath the water's surface, making them vulnerable to boat.

"They come very close to the shore," Megan Stolen, a research scientist with the Hubbs-Seaworld Research Institute, said.

The female right whales come every winter to the warmer waters off the nation's southeastern coast to give birth.

That’s what a 19-year-old whale named Infinity did this season. She was spotted and photographed off the coast of Amelia Island a few weeks ago with her first calf.

That same calf is believed to be the whale found dead on Anastasia State Park Saturday morning. Scientists said a propeller sliced open the back of the whale's head and cracked his skull.

Law enforcement has not confirm that the boat found grounded in nearby Salt Run Friday is the one that hit the 3,000 pound whale.

However, biologists say this case does underscore the need for boaters to be more aware.

"What’s important here, I think, is that vessel operators understand right whale mothers and babies are in the near shore vicinity, and act accordingly," Tom Pitchford, a biologist with the Florida Fish and Wildlife Conservation Commission, explained. "That boaters slow down in times of low visibility, and they post a look-out for the whales. That they’re cognizant of the whales."

According to a St. Augustine firefighter who helped rescue people off of the sinking boat in Sun Run, everyone aboard said to him they thought they hit a whale.

"In this case, the person who believed hit the whale called immediately," Stolen said.

She said the captain did the right thing by reporting it quickly.

However, if this boat and this whale are connected, the quick reporting was not enough to save the 3,000 - 4,000 pound calf. The calf is vital for the diminishing species means so much.

There are fewer than 400 North Atlantic Right Whales.

Pitchford said it is important to know that hitting a whale can not only kill the whale, but also damage a boat.

The law requires you stay 500 yards away from right whales in the water, that is the length of five football fields.