Freeman's unique roller-skating videos have reached millions of views. He recently performed on GMA and was a semi-finalist on So You Think You Can Dance. 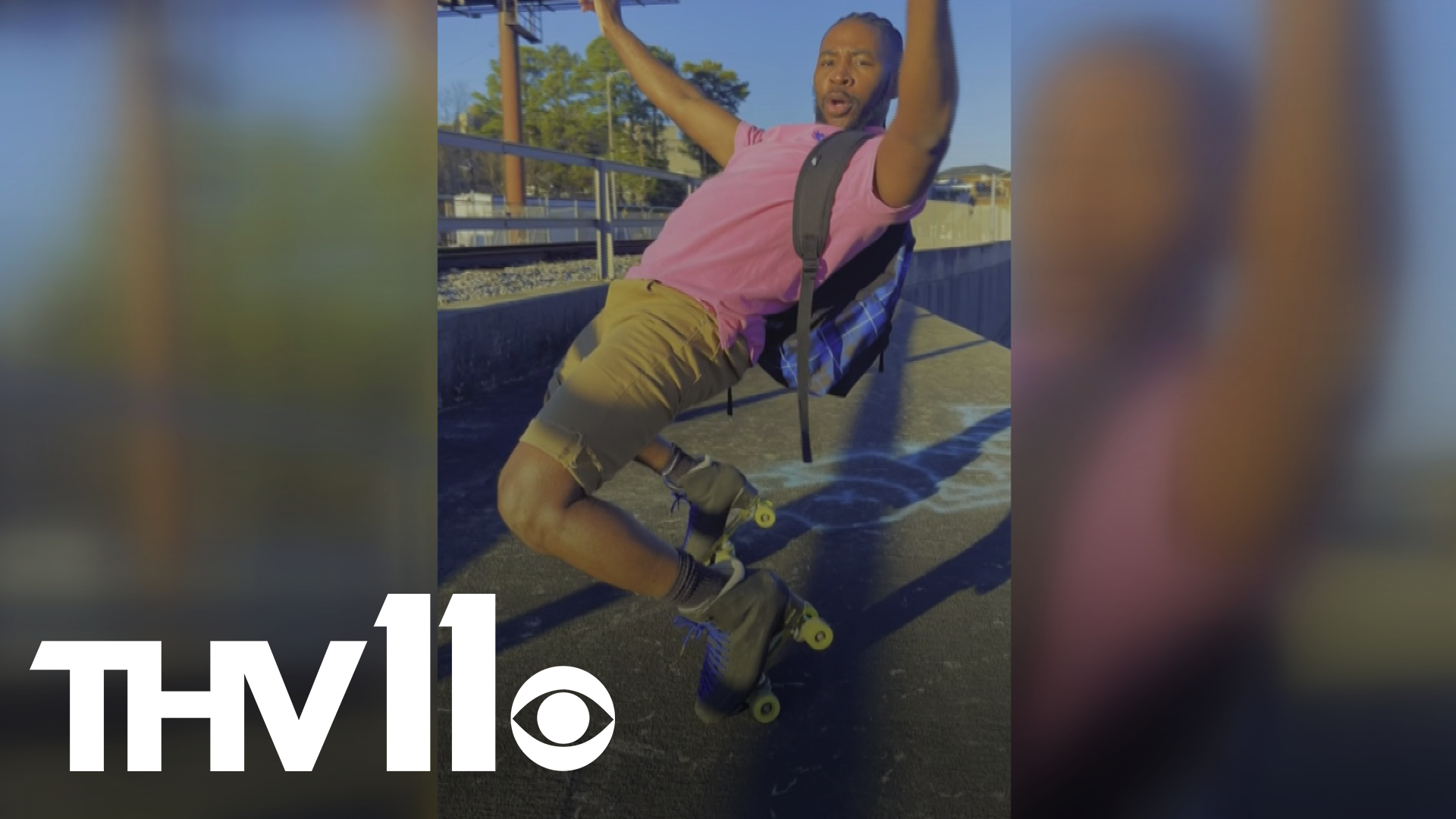 "My days can be a little hectic," he said. "I am a full-time teacher at a high school in Atlanta, Georgia called Booker T. Washington High School."

His talents have given him numerous opportunities to perform on national platforms.

"When I was in college, I auditioned for 'So You Think You Can Dance' and made it to the semi-finals, and so that gave me my first taste of what it was to be like on television," he said. "Recently, I performed on Good Morning America debuting my single 'Girls' on an incredible national platform."

His journey to stardom had humble beginnings starting inside the Arkansas Skatium in Little Rock.

"I grew up in Arkansas and I worked there for four and a half years while I was in high school and the beginning parts of college," he said. "That's where I grew up and where I got my first taste of what we consider to be roller dance, or in other words, for some people, jam skating, or artistic roller skating."

After he moved to Atlanta, he said that passion just continued to grow. Now, he's been sharing his skills online through social media as skating has skyrocketed in popularity on social platforms this last year.

"I've had multiple videos with over a million views," he said.

As a teacher, he has seen many of his students follow him online. It's sparked their interest in skating.

"A lot of them love it and so they've asked me numerous times if I could teach them how to skate," he said.

That got him thinking; how could he bring skating to his dance students?

"We are looking to transition one of my dance classes to a roller-skating class," he said. "We're reaching out to a couple of different skate companies to see if they will come in and sponsor us and it will be one of the first programs like this in the nation that will actually bring roller skating into a high school setting."

He's hoping this will take off and be an example to schools across the country. He hopes it will also expose more people to the art and cultural history linked to skating.

"It's an art form and part of our culture, heritage, and history," he said. "I would love to share this with our students."

Freeman is also a member of a professional roller skate crew in Atlanta called The Bad Boys Skate Crew. They are putting together programs to bring skating classes for inner city youth. He's also going to be coming back to Arkansas in a few weeks to hold skating clinics. You can find details about that by following his social media accounts.