In Tennessee, there was an estimated 44% spike in overdose deaths from December 2019 to December 2020. 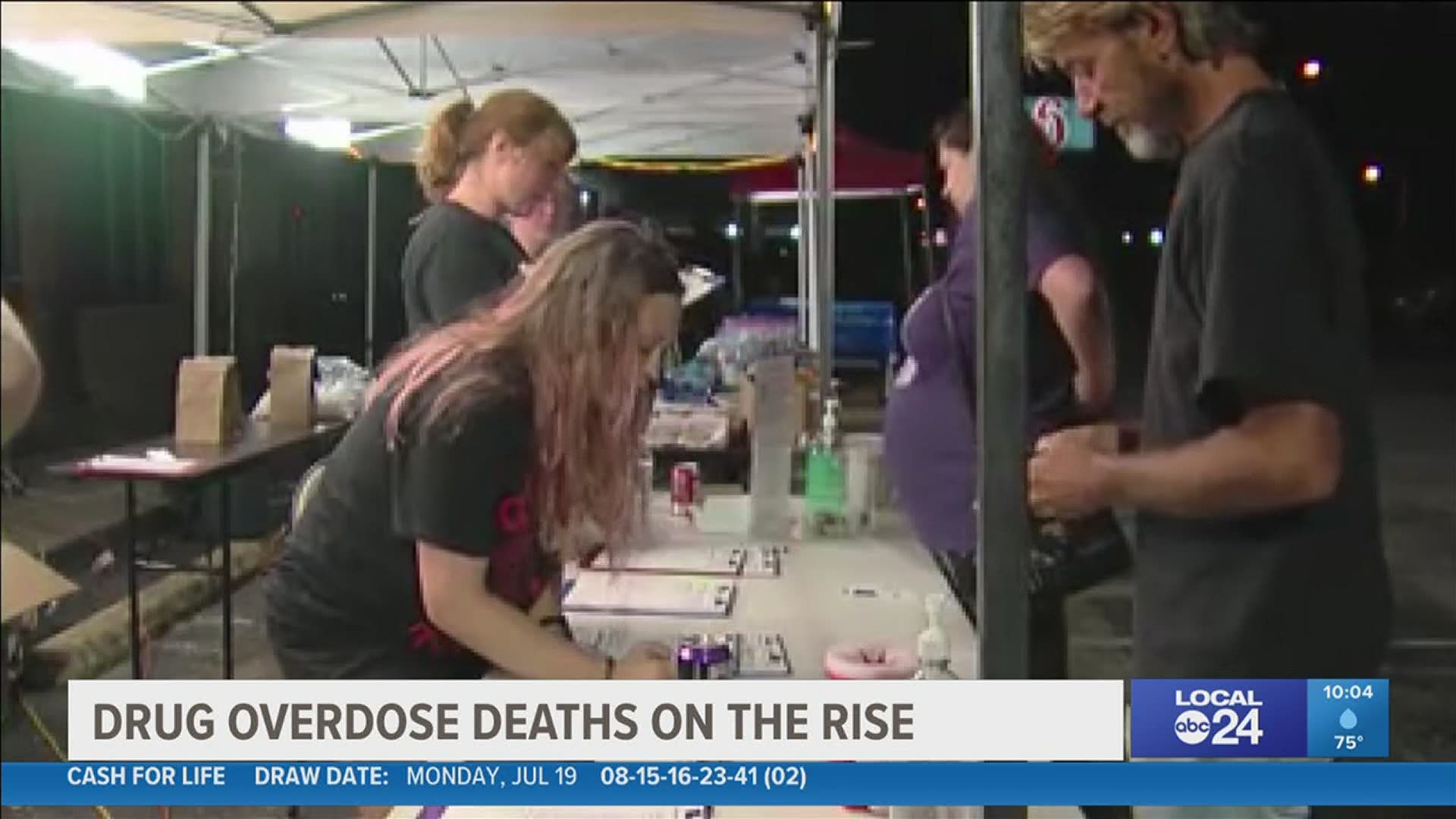 Overdoses can affect anyone no matter what side of town you live on. It’s likely impacting someone you know or someone they know.

“Before I even got clean I wanted to do physical therapy and then once I experienced addiction and went and got treatment and everything I thought I kind of want to do like human therapy,” said Kathyrn Reed, who is in recovery and is a mental health therapist.

Reed volunteers with a needle exchange every Friday, helping others who were in the same spot she was in 8 years ago.

“Seeing the change we can make in individuals and our families,” Reed said is what motivates her to continue encouraging others. “I know for me I have a very close relationship with my parents which I did not have at the time that I was using. Getting people to know that they can be comfortable with us.”

Reed works with Ron Bobal at the organization A Betor Way, which helps users get into detox and rehab.

“They can make this stuff look so close to exactly what it's supposed to look like that it's very dangerous,” Bobal said. “I would suggest that nobody buy any street pills."

Bobal's son Ronnie Bobal was a graffiti artist who lost his life to an overdose.

“He didn't always paint in what I would say are the safest area,” shared Bobal. “He ran across a lot of folks that were suffering with either alcoholism or they were addicted to drugs. When he fell under the throes of addiction those are the folks he wanted to help."

In Tennessee, there was an estimated 44% spike in overdose deaths from December 2019 to December 2020.

The Shelby County Health Department reports that more people overdosed in 2020 than in 2019.

It's only July and we're on track to pass last year's number.

“We have to have a place that’s free of judgement,” Sullivan said. “Where people don’t feel like they're not afraid of going to jail, they’re not afraid of their family turning their back on them addiction is really the only disease where you can get rejected for having it.”

Resources for people battling addiction can be found at the Tennessee Redline, the number is 1-800-670-9882.

Free resources for mental health can be found here.