Due to social distancing, it could be months before we can hug grandparents again

A family trip to Disney World in February was one of the last times Bill McCrary saw his five grandchildren before the COVID-19 pandemic. 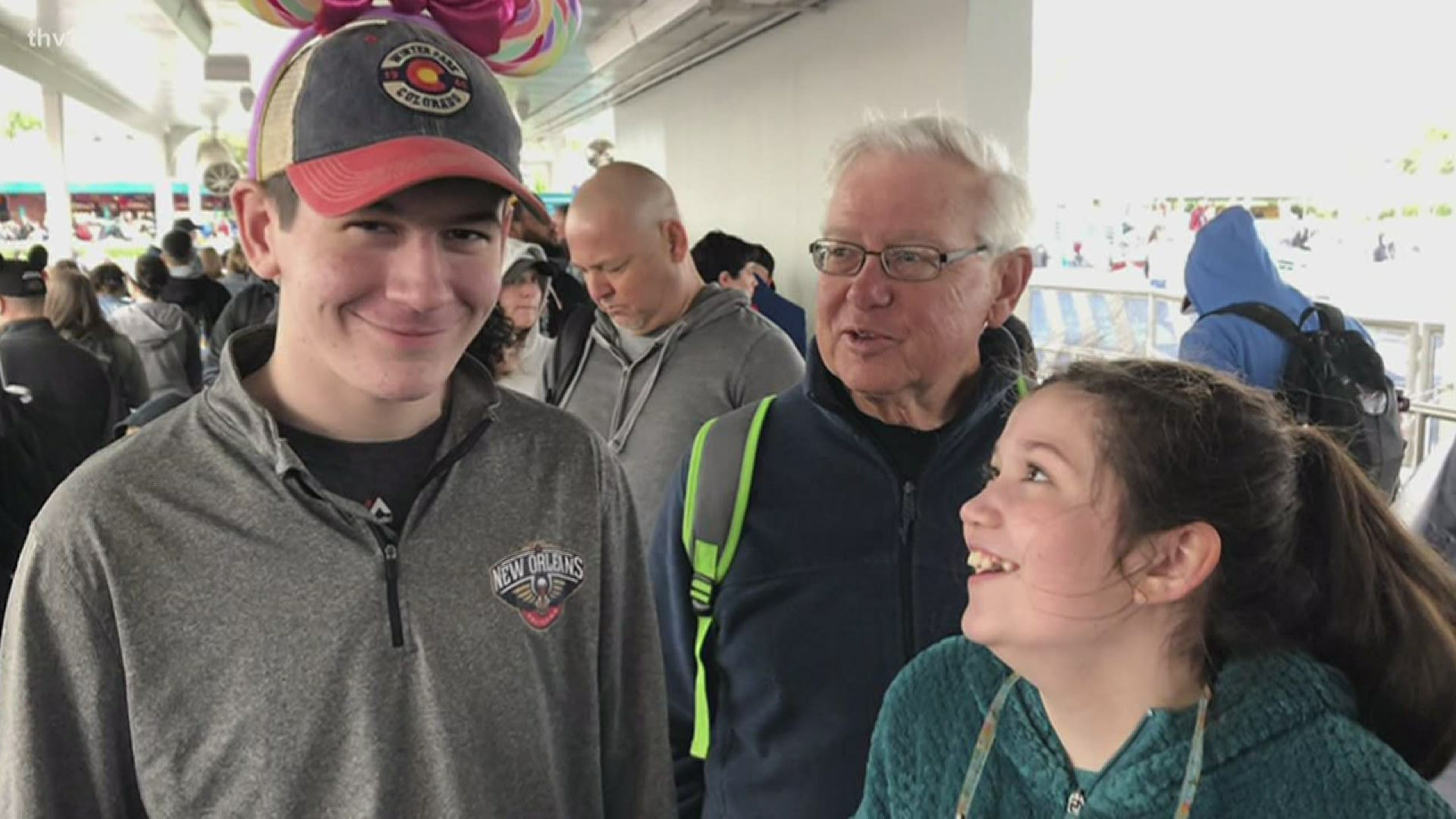 LITTLE ROCK, Ark. — With social distancing becoming our new normal, it could be a while before we get to hug people like our grandparents again.

"I think I've just had to sort of reprogramming of my thinking in the sense that well, we may never go back to the true normal," Bill McCrary said.

A family trip to Disney World in February was one of the last times Bill McCrary saw his five grandchildren before the COVID-19 pandemic.

"Under normal conditions, I would be going to Bryant for baseball games or go up there for dinner with the kids," he said.

Like many others, he is thankful to at least have the technology.

"We did Zoom on Easter. That's been the essence of our contact," McCrary said.

But the answer to when McCrary and other grandparents can hug their grandchildren again is still unclear.

"I think we've all sort of set some time frame saying 'well, okay let's look…originally it was towards the end of April and now it's middle to end of May.'"

In the "Opening Up America Again" Plan set by the White House, contact between grandparents (and other high-risk individuals) and grandchildren is at least a Phase Three activity.

"The reason for that is that children are particularly at high risk of spreading COVID-19, especially younger children because they don't do well with consistently practicing physical distancing and hand washing," Dr. Nate Smith with the state health department said.

Arkansas could enter phase one on May 4. The health department is waiting to see what happens in Phase One before even thinking of going into phase two. There's a chance we could even take a step back from phase one if there's a spike in cases again.

In the meantime, McCrary will continue to see his family through a screen until this virus is under control.

"We have to be prepared to take it as far out as we need to go," he said.