Latrice Armstead was last seen in Memphis with her estranged husband, who had a history of abusive behavior. 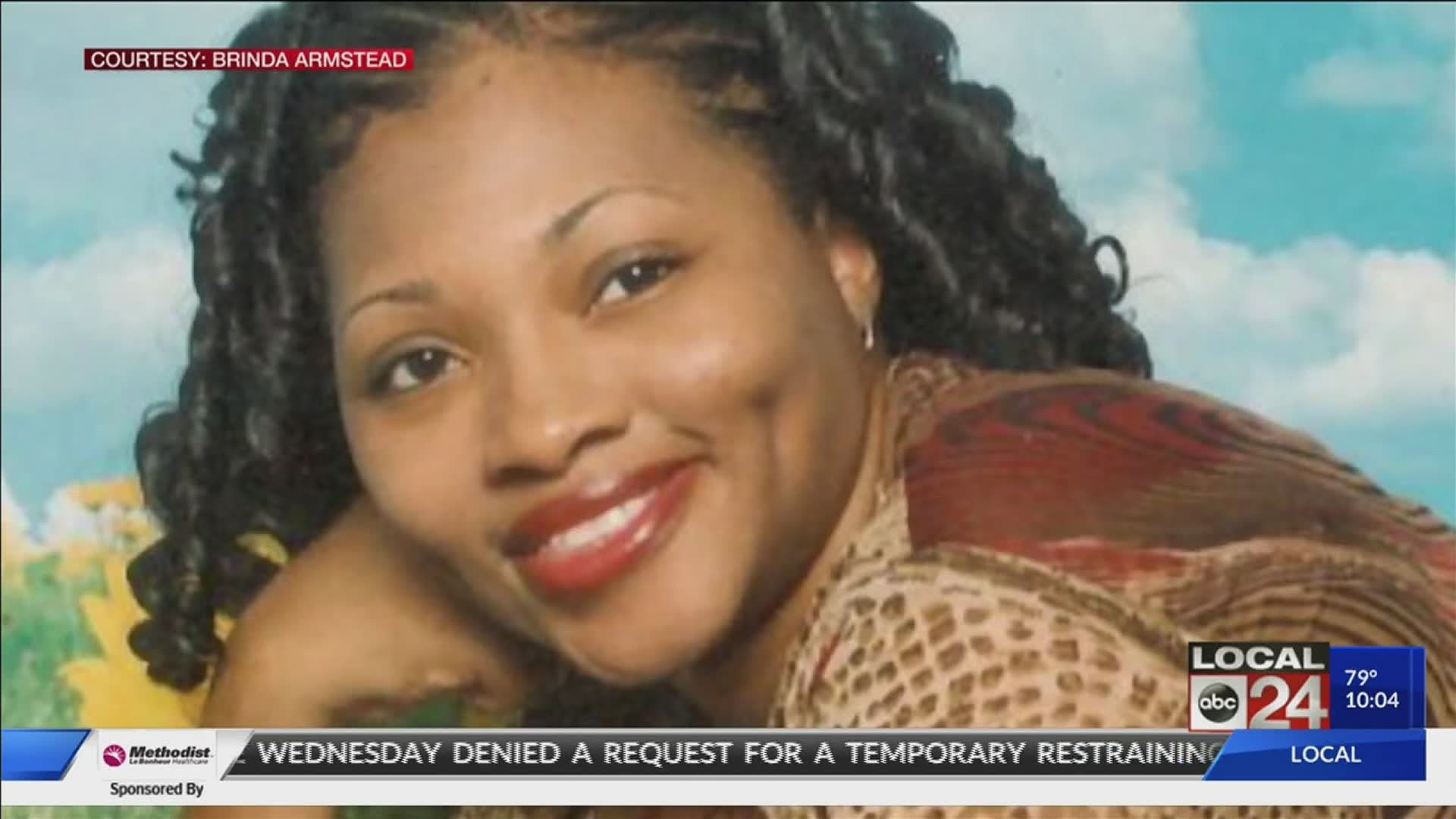 MEMPHIS, Tennessee — A family is still searching for answers eight years after the disappearance of their loved one.  Mother Latrice “Shay” Armstead had recently moved to St. Louis and was seen back in Memphis when she went missing.

Latrice’s family says her case was transferred to Memphis as a missing persons cold case. Although it’s been almost a decade, Latrice’s sister believes somebody knows something. Brinda Armstead describes her sister as a generous person.

“Family-oriented, if she had something and you were a friend it’s as good as yours," said Brinda Armstead.

She hasn’t seen her sister or heard her laugh since July 2012.

“When I realized that I hadn’t heard from her I started looking around for her," said Armstead. "Then by the next morning when I hadn’t heard anything I really knew something was wrong.”

“She would call quite often to check on her kids.”

Her sister’s a mother of three boys and was going through the beginnings of a divorce filing. She moved to St. Louis after trying to escape a violent relationship with her estranged husband Tony Bledsoe.

"I absolutely suspect him," commented Armstead. "At the time that she left, her mouth was wired shut because he had broken her jaw.”

The family learned that Bledsoe had a history of domestic abuse over the course on the investigation. Armstead was last seen with Bledsoe in Memphis. Two days later her car was found burned in Coahoma County, Mississippi.

“No one else around her that we know has motive," said Armstead. "Everyone that the police wanted to question they came in for questioning without any fear or anything except for him.”

Family believes there was motive since Latrice had custody of the kids. She filed a restraining order against Bledsoe for herself and the children.

COLD CASE: It’s been 8 years since the family of Latrice Shay Armstead has seen their loved one.

Armstead was last seen in Memphis with her estranged husband Tony Bledsoe in 2012. @LocalMemphis pic.twitter.com/VvuYc5xow1

Every day, every year without a break in the now cold case becomes heartbreaking for the family.

“Given her personality and how she was, people just don’t disappear.”

If you have any information on Latrice Armstead’s whereabouts, you can leave an anonymous tip with Memphis Police by calling CrimeStoppers at 901-528-CASH.