Go ahead and roll your eyes, there's a pumpkin spice hard seltzer coming this fall

Put on your favorite fall boots, scarf and hat because the perfect poolside drink is now ready for the fire pit 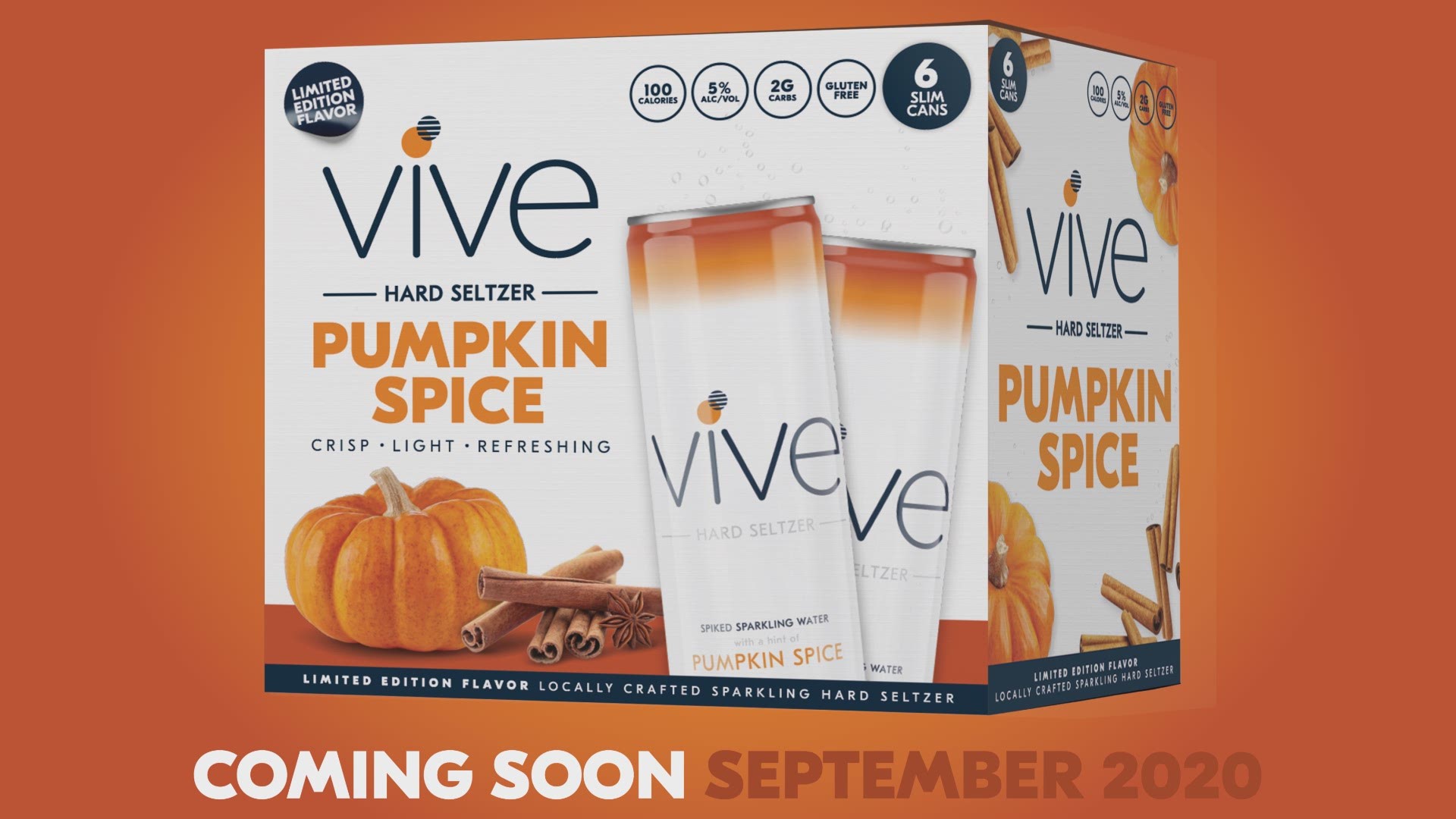 COVINGTON, Ky. — Yes, there’s a pumpkin spice seltzer coming to store shelves. And yes, the team behind the drink already knows how you probably reacted.

“We basically said, ‘Guys, we’re releasing a pumpkin spice hard seltzer; we need to lean into it. There’s no reason to take ourselves too seriously,” Braxton Brewing Company co-founder Jake Rouse said with a laugh. The Covington, Kentucky, brewery is behind the Vive Hard Seltzer brand.

Vive’s own marketing campaign shares a tongue-in-cheek sense of humor about the whole thing.

Rouse said after you scoff and roll your eyes, tasting is believing.

“But once they try it, I think they’re really going to be surprised with the product and flavor profile,” he said.

So, what can people expect? Rouse promised an incredible aroma, with flavors of pumpkin, anise and cinnamon. And true to the Vive brand, no fake, sugary aftertaste. He said taste testers have been skeptical, but so far, they’re liking it.

“The response has been incredible! The first thing they say is, ‘Wow! I didn’t know what to expect, but it really was surprisingly good,” Rouse shared, adding that he would add this flavor to his own person rotation.

With so many pumpkin spice flavored products on store shelves – with options growing every year – the Braxton Brewing team explained why they wanted to add a hard seltzer to the mix. It wasn’t just to make headlines or make you roll your eyes – it was to spread a little cheer.

“This year, with everything going on and the year being what it is, we decided we wanted to create something truly special that we thought would bring a little joy to customers,” Rouse said.

For now, the Vive Hard Seltzer pumpkin spice flavor is expected to be a limited release. Depending on how well it does, it could come back next year.

And besides being a go-to drink around the fire pit this fall, the Vive and Braxton Brewing team is looking to possibly shake up the winter season as well.

“If it is successful, our intention is to looking at bringing it back again but also thinking about how can seltzer play into seasonal flavors? How can we create a winter seasonal flavor and what would that look like on the shelves?” Rouse said.

“It’s definitely more than just a summer drink,” he stated.

The Vive pumpkin spice hard seltzer is expected to be released mid-September. Customers will mostly be able to find it at Kroger stores in Kentucky, Indiana, Tennessee and Ohio; some independent liquor stores in those states will sell it as well.

“I’m excited to get the product into people’s hands,” Rouse said.