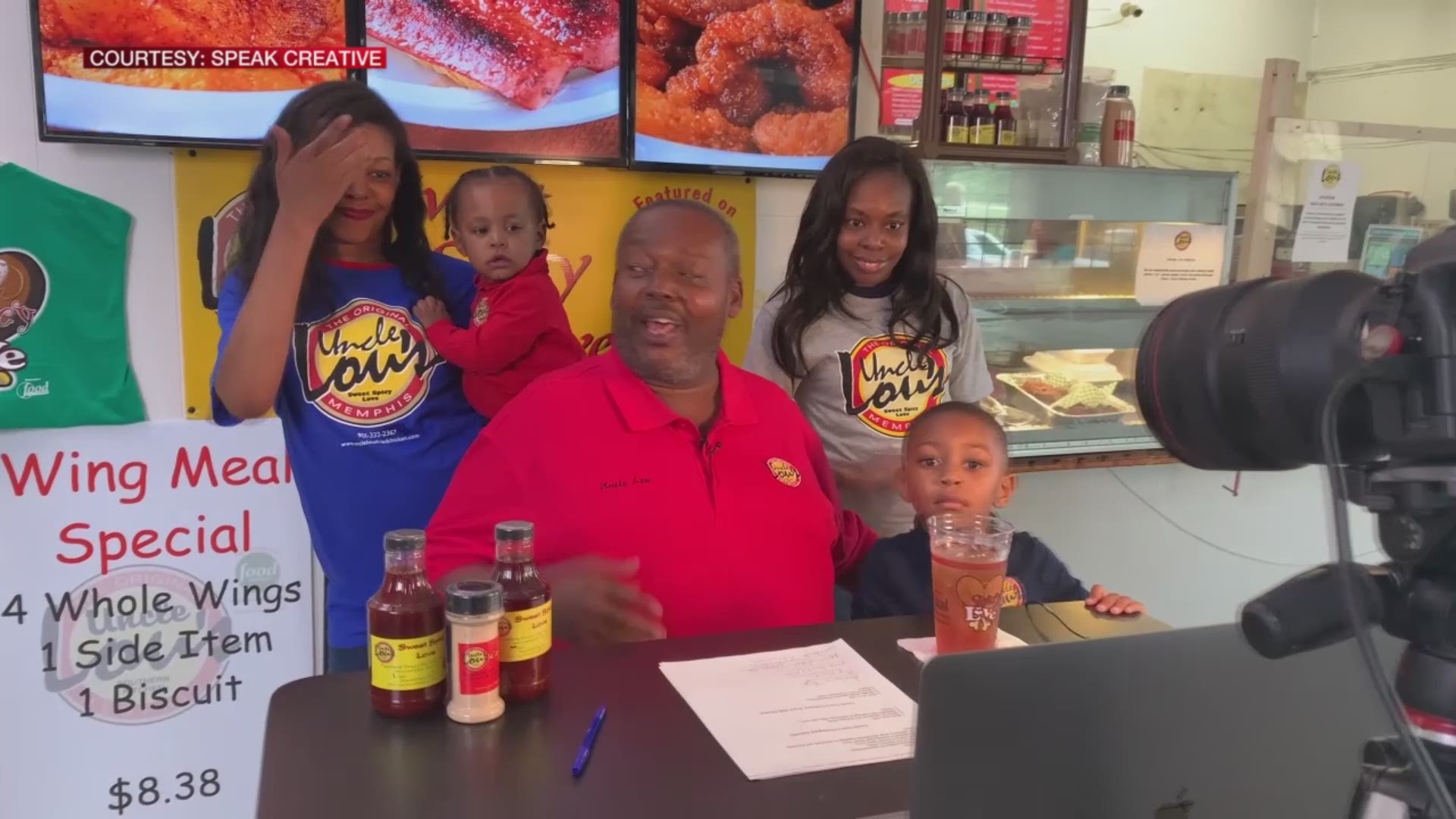 One of Memphis’ favorite restaurants is going to get another shout-out on a national stage.

Uncle Lou’s Fried Chicken is going to be featured on the Food Network show Diners, Drive-Ins and Dives again. Due to the coronavirus pandemic, this time owner Louis Martin speaks with host Guy Fieri via video call thanks to Speak Creative.

“When I was growing up, my Mom was going to school full-time and working part-time, so it was my job to feed my two little brothers. I liked cooking anyway, and my Mom taught me a lot of little stuff right there in her kitchen. I’m not a cookbook cook; I’m a mama’s cook. Believe me, I made a lot of mistakes in the beginning, but she said, ‘You’ll get it. You’ll be all right.’ I opened my first restaurant, Catfish Express, in 1985 when I was 26 years old. I didn’t know what I was doing. I had a recipe and an idea, but no business savvy at all. It was trial by fire. I learned from that. I had another restaurant that didn’t make it, and I swore off the food industry for the rest of my life, till a good friend of mine said, ‘Lou, I want you to go down on Millbranch and check out this building.’ I said, ‘I don’t want another restaurant’, but he said, ‘Just go look at it.’ So I went to look at it and decided to open Uncle Lou’s Fried Chicken.“The happiest day here was when we got a call from the Food Network people. They were coming to town to do a story on Memphis-style barbecue and whenever they go on location, they look to see what else is hot in the area.” When he first got the call that Fieri would be coming, he responded: “Yeah, right.” Asking how they found out about him, he said they had scoured the Internet and Uncle Lou’s kept coming up so they decided to give it a try.”All our online reviews were positive, so they decided to give us a call.  I was like, ‘Ma’am, do you know how long I’ve been praying for a national shot?’ ” Not that Lou was anxious, but he did say, “They told me they’d be back in two weeks — it seemed like two years.”

“They came in January, I got to meet Guy Fieri, and we had a ball shooting the show. It was so funny because you know, he’s got a lot of one-liners and I do too, so the producer was like, ‘Come on, guys, cut it out.’ He’d say something, I would respond, and we’d be laughing. Of course it would be on camera, so we’d have to shoot it over again.” The show aired on Diners, Drive-Ins, and Dives on August 4, 2008. “Before the show, we were on the brink of going out of business, seriously. We didn’t have a big enough customer base. I knew we had a good product and good service, but the masses didn’t know about us. So when I found out we were going to be featured on the Food Network, I called my creditors and said, ‘You got two options. If this thing takes off, you’ll get paid. If not, I’ll be out of business and have to file bankruptcy. So I guess you guys might want to wait.’ That’s what happened, and it worked out for us. After the show, things took off, and we’ve been here for 15 years now.

After visiting the restaurant on January 31, 2008, Guy Fieri said in an article in the Commercial Appeal, “He doesn’t understand, after this, things are gonna blow up. He’s gonna do really good.”

“We serve a lot of different things, but fried chicken is what we’re best known for. The recipe comes from my great-grandmother, Rosie Gillespie of Nesbit, Mississippi. She passed it down to her granddaughter—my Mom, Mary Martin— and my Mom passed it down to me.”

“If you want to be in the restaurant business, you’ve got to love what you’re doing. I’m a people person, and I try to meet and greet as many people as possible who come through that door. I love talking to the customers and I love keeping them satisfied.”

Uncle Lou’s Fried Chicken was established April 4, 2001.  Since then, we have won the “Best New Food Item” at the 2001 Mid-South Fair, for our Honey-Dipped Chicken, “Best Overall Food” at the Mid-South Fair, made the cover of B. Visible Magazine for the Monster Burger.”