Sam White started reading at the age of 2. His mother said she would read him lots of books while she was pregnant with him. 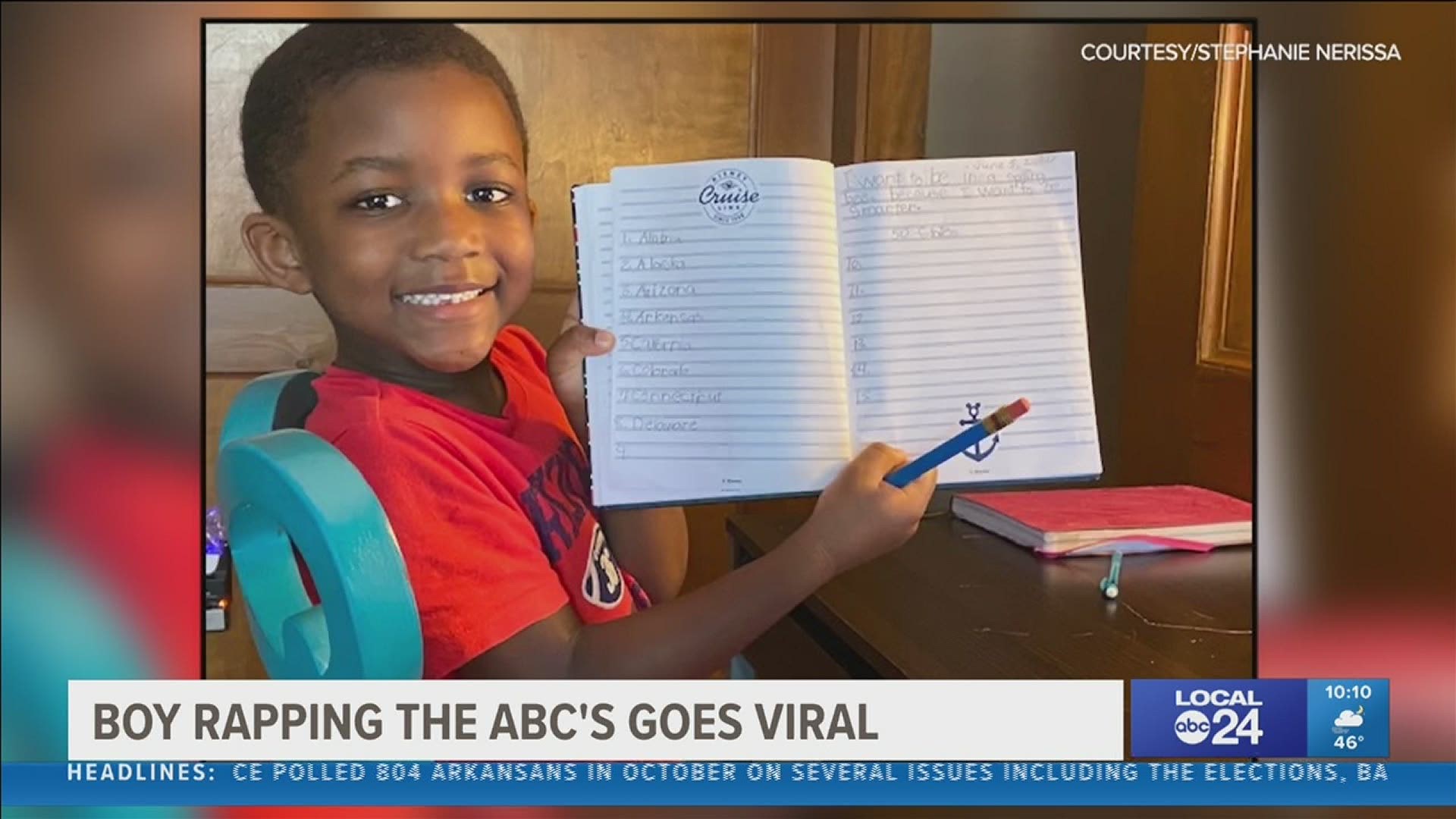 A 6-year-old Memphis kid who raps the ABCs of careers is now getting national exposure.

Sam White and his dad Bobby White co-produced a rap that highlights a different career for every letter of the alphabet. The video initially posted to Facebook is now going viral with more than 300,000 shares on Facebook.

Sam White was reading at the age of 2 thanks to his mother.  White and his father wrote the rap last year and performed it at his school, but his father recorded him doing it this week because he felt the entire world should see Sam's talent.

From a judge to a kindergarten teacher, Same sings a brief description about each occupation.

“We’re always telling him he can be whatever he wants to be but this is just an idea to introduce him to something, Sam doesn’t watch a lot of television so it kind of became an exercise, let’s come up with careers and things you can do when you grow up, A-Z,” said Bobby White, Sam's father.

MEMPHIS KID RAPS ABCs of CAREERS - Meet Sam White, this 6-year-old co-produced a rap with his father Bobby White to expose him to different careers. It's super cute! 🤩Here's a snippet below, full story at 10! @LocalMemphis pic.twitter.com/PRcnanZQrE

White just turned 6 in September.  Education is a priority in the White's household, but his parents also want him to be creative.

That creativity inspired Sam and his dad to write the rap song.  His dad says the goal was to expose him to diverse career options.

Sam told Local 24 he wanted to be an architect because he likes to build.  He says he practiced the rap more than 50 times to memorize it.

The viral video has almost 200,000 views on You-Tube.  Sam's mother, Stephanie White hopes teachers across the country use the video in their virtual lessons.

“Hopefully it will be something that enlightens them to understand they are supporting their children in their career paths; they are setting the stage and as a result of that maybe they will start looking into careers even for themselves,” his mother said.

“Whatever part of town, whatever city, nationality, background, color there is genius in every kid and it’s about being able to tap into it, figure out what that is,” his father said.