An angel in disguise: Plant Based Heat restaurant owner gets help from an unexpected customer

“I called him an angel. God knew what I needed,” said Ralph "RJ Groove" Johnson. 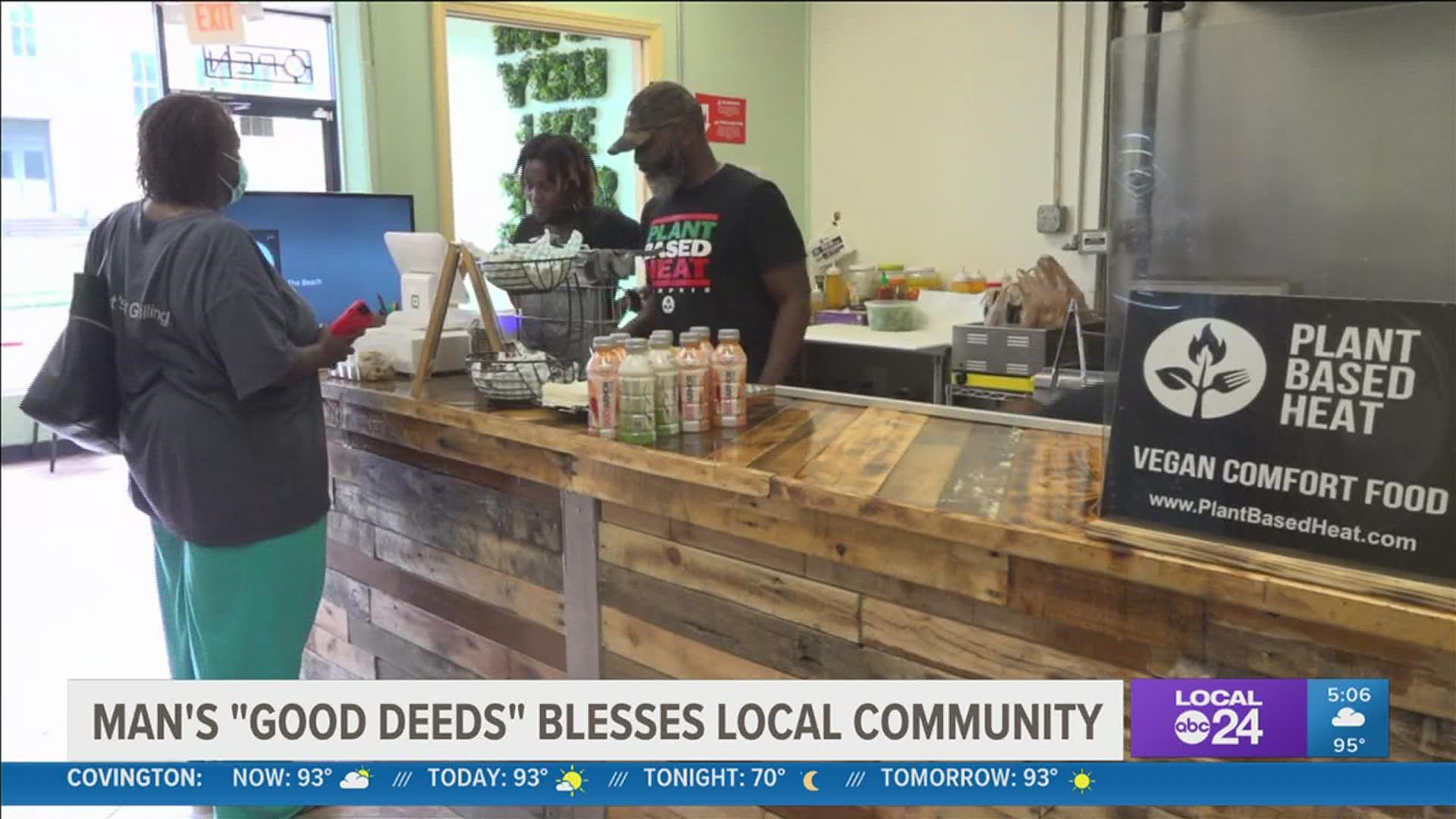 MEMPHIS, Tenn. — As many restaurants try to bounce back form pandemic losses, some are finding it a struggle. There is a shortage of some food items, staffing... you name it. One small business owner is determined to succeed with the help of some divine intervention.

Some are simply called to serve. Johnson is one.

“Plant Based Heat is my vision, my dream, my passion,” said Johnson. “I wanted to bring this healthy food to my community.”

He is providing healthy food to build healthy hearts; however, the struggle is real. Many restaurants have been experiencing staffing shortages.

“We opened on Juneteenth with five, no four employees. Sixty days later, I’m down to one,” said Johnson.

The shortage lead to what felt like chaos in the kitchen with an odd peace serving an unexpected order.

“In that day as I was taking orders, cooking, cleaning, prepping, doing everything that needs to be done. This one gentleman comes in and places his order,” said Johnson.

Then, entered Dwayne Jones, a general contractor and developer.

“It just so happened the person in front of me needed some change. I was able to give change. Then, I looked over and saw he had a couple of tables of people that hadn’t disposed of their trash. I just walked over, got the little baskets, threw the trash away, and put the baskets on the counter.”

“I’m like who is this guy. You know,” said Johnson.

“I came in here initially because my church has an initiative call BAMM, Bust a Move Monday. We support Black businesses every month,” said Jones who had the appearance of a customer, but the actions of a savior.

“He came back. He swept. He mopped. He washed dishes. Everything that was needed,” said Johnson.

Jones performed three hours of work in 30 minutes. For Johnson, that was a miracle.

“I called him an angel. God knew what I needed,” said Johnson.

He posted pictures of Jones to social media. That is where Johnson learned his “angel’s” halo effect.

Johnson said, “This gentleman is just one amazing individual. I’m reading the comments like, ‘What?!’”

“As a man of God, I’ve been called to serve. I do mission work, community gardens, pop-up bike rides, tiny homes,” said Jones.

Sometimes help comes right on time. Plant Based Heat owner, Ralph “RJ Groove” Johnson, has been short-staffed at his restaurant…A customer stepped in to help. He calls him “his angel.” pic.twitter.com/fOrTtbjxHP

“I just consider myself a person that made himself available through by God’s grace,” said Jones.

“He’s known for this stuff. I just happened to be on his schedule that day…on his angel schedule,” said Johnson.

He already has another appointment in the works. As Johnson’s air conditioner malfunctioned, Jones was already on the phone finding a solution.

“He’s still giving. He’s still just trying to do stuff and just being a blessing and being in the position to be a blessing,” said Johnson.

It is a blessing served well done. As a result of Johnson’s post, he now has more people applying to work at the restaurant.