“I was watching the news and I saw all these bodies in the streets and so I decided a couple of dollars could go a long way,” said student Smayan Sompalli. 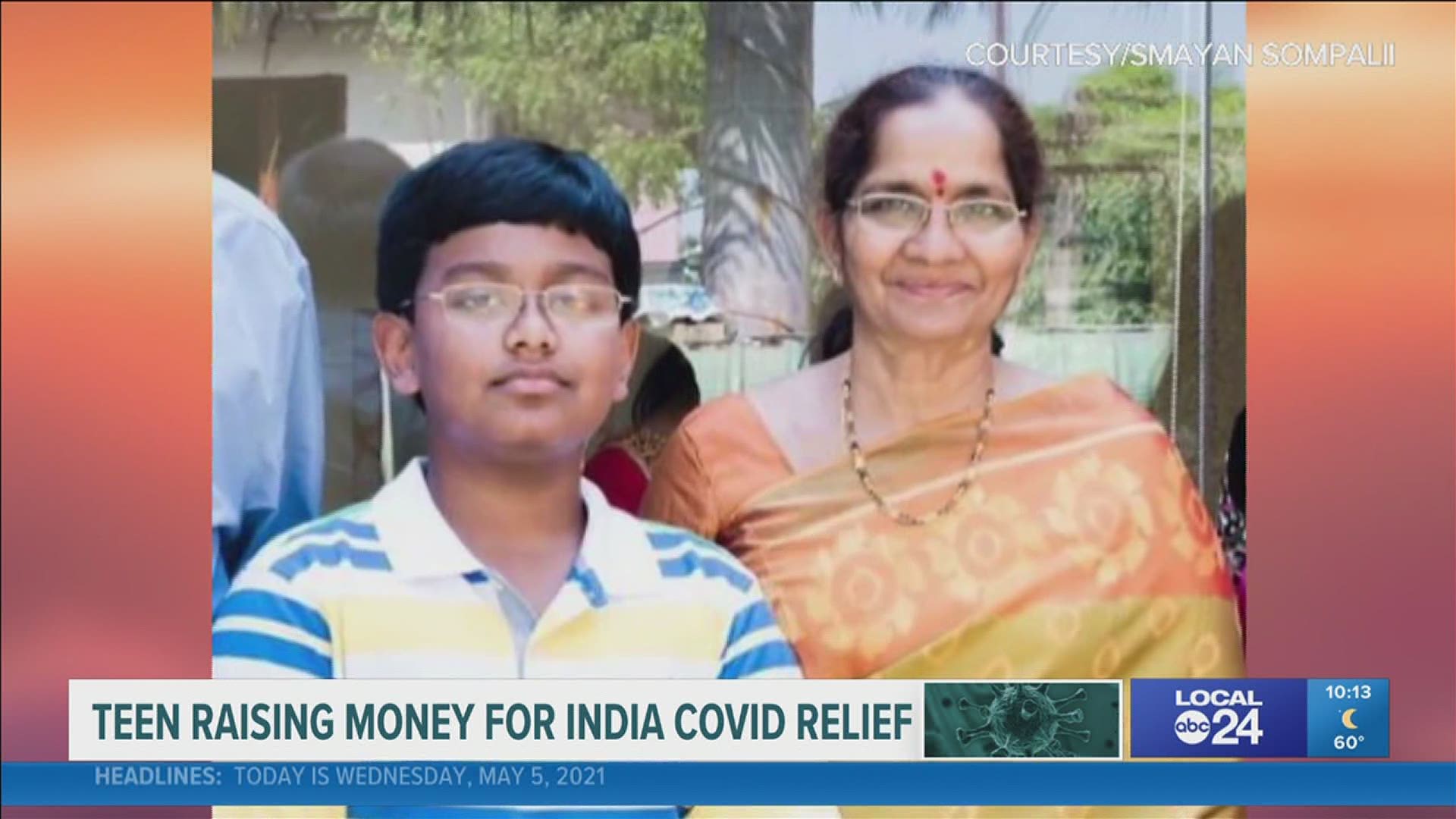 GERMANTOWN, Tennessee — A Germantown teenager is helping to raise funds for those hit by the coronavirus crisis in India. The death toll in the country continues.

“I was watching the news and I saw all these bodies in the streets and so I decided a couple of dollars could go a long way,” said Houston High School student Smayan Sompalli.

The 15-year-old has a grandmother in India who contracted COVID-19 just 5 days after she received her second dose. He began a GoFund Me to raise money for PPE, hospital beds and medicine.

The COVID-19 strain B1.617 that originated from India has been found in one person in Shelby County who recently traveled there. Sompalli said his family members in India are doing okay health-wise but it’s the mental battle that is tough at this point.

“Mentally I would say it’s taking a toll,” said Sompalli. “Imagine if we were going through that and everywhere you looked out there’s mass cremations and fires burning in the streets.”

Smayan Sompalli, a Germantown teen, is taking action to help those suffering from the COVID-19 crisis in India. The death toll there continues to rise. His grandmother contracted the virus. @LocalMemphis pic.twitter.com/MWSWz43QeC

Sompalli said one lesson we can learn is that we’re all connected, and if one community suffers, we all have a responsibility to pitch in.

“If we all don’t play our part in this then we’re going to be in this pandemic for a lot longer than we want to be in it for.”