Hog Yes! Razorbacks fans get engaged after 1st touchdown of the season

Congrats are in order! When the Hogs scored their first touchdown Jared Moore popped the question to Rainey Watson! 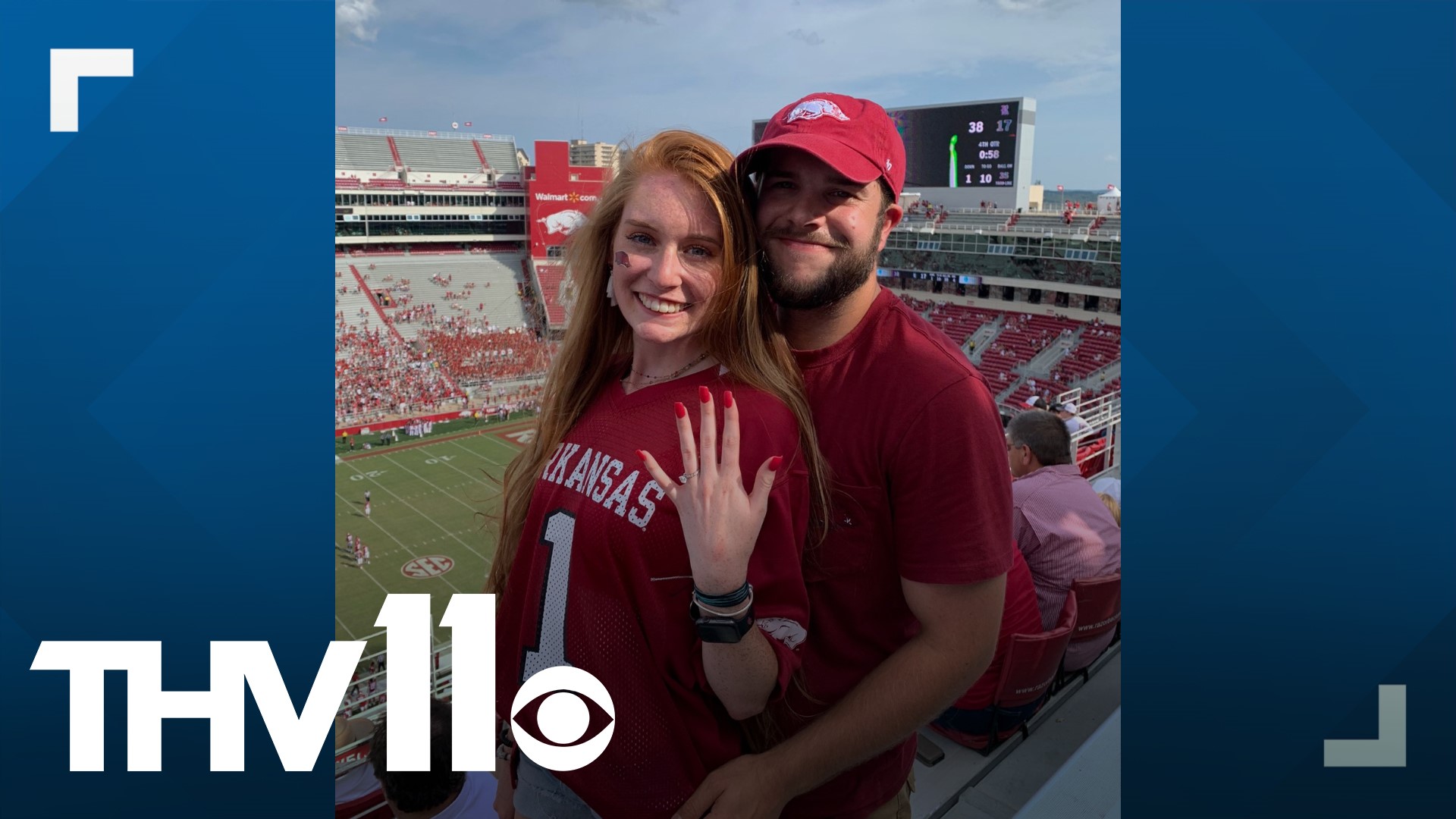 ARKANSAS, USA — Congrats are in order for these two Hog fans! When the Razorbacks scored their first touchdown of the season, Jared Moore popped the question to Rainey Watson.

"As soon as KJ scored the first touchdown, my dad offered to take mine and Jared’s picture," Watson said. "He was secretly videoing and Jared got down on one knee! I, of course, said HOG YES! My dad and Jared had the whole thing planned out," she continued.

The newly engaged couple and Razorback super fans had more good news by the end of the game as the Hogs defeated Rice 38-17 in their season opener.