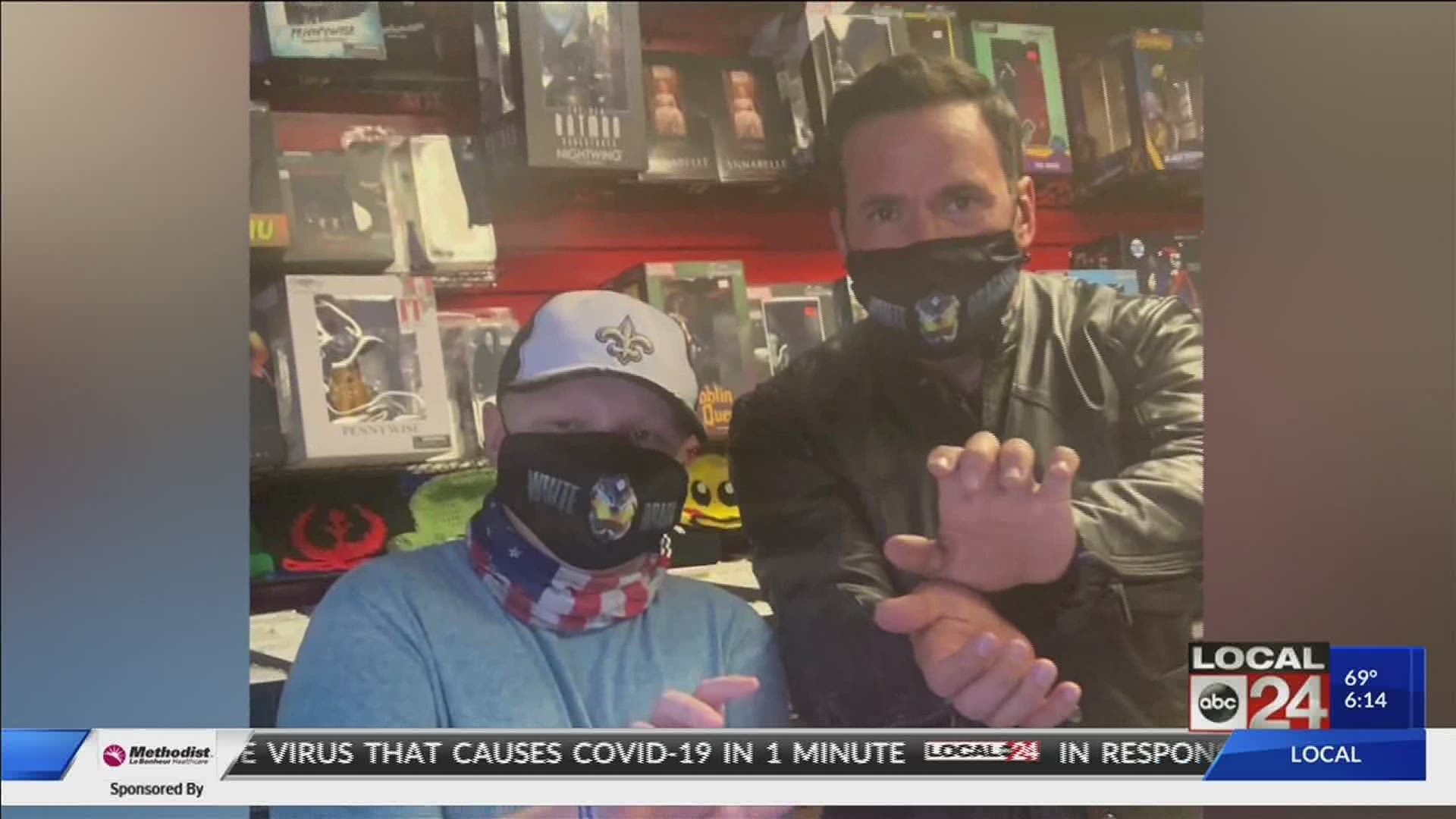 MEMPHIS, Tenn. — Sometimes, we go through different challenges in life where we come out stronger. That’s the story for a patient at St. Jude Children's Research Hospital and his chance to meet a celebrity hero. Local 24 News Reporter, Brittani Moncrease, takes us on a journey of inspiration.

There are two heroes in this story, no villains whatsoever. What’s unique is how their paths cross and the message they have for others. He's certainly no stranger to the masses.

“Power Rangers I think changed my life, 18-years-old. Stepping in that suit and saying we need a chance was something I had to say for myself,” said Frank.

Now, he's saying it for others. Since COVID-19 hit, local comic book shops have struggled.

“It just clicked. The Power Rangers Protection Program,” said Frank. “If I could just show up free at a shop, do some social distancing program, raise some money for some of the comic shops and sign about 3-thousand-dollars of merchandise to leave them behind.”

Needless to say, it was "morphin time."

901 Comics is where Frank met another hero fighting his own battle, Tristen. In April, Tristen's mom, Tiffanie Sultan, noticed a bump on his eye.

“I thought it was just a sis. We went to the eye doctor and they were like I don’t know,” said Sultan.

After seeing a series of doctors, Tristen finally got a diagnosis.

“He has embrado rhabdomyosarcoma. Within six weeks, it had grown so much that his eye was completely closed and about an inch further down than his other eye lid,” said Sultan.

Tristen had stage one cancer sending him from his home in Louisiana to St. Jude for treatment.

“It’s rough. I had cancer when I was five. It’s not the same kind, but I think it helps him. It helps him to be able to deal with it better seeing how I’m fine,” said Sultan.

His spirit which grew even more fearless as he got to meet the Mighty Morphin Power Ranger himself.

Tristen asked Frank, “Okay, do you eat tomatoes in your gumbo?”

Frank responded, “Do I eat tomatoes in my gumbo?” Remember, Tristen is from Louisiana.

“He was the first one who got autographed. He let him pick whatever he wanted,” said Sultan.

That autograph came with a special message.

It's a life choice and energy that for both heroes encourages hope.

Jason David Frank will continue his free comic book stops all across the country.