School Resource Officer, David Passen, said he has developed a close relationship with the ‘kiddos’ and thinks of them as his own family. 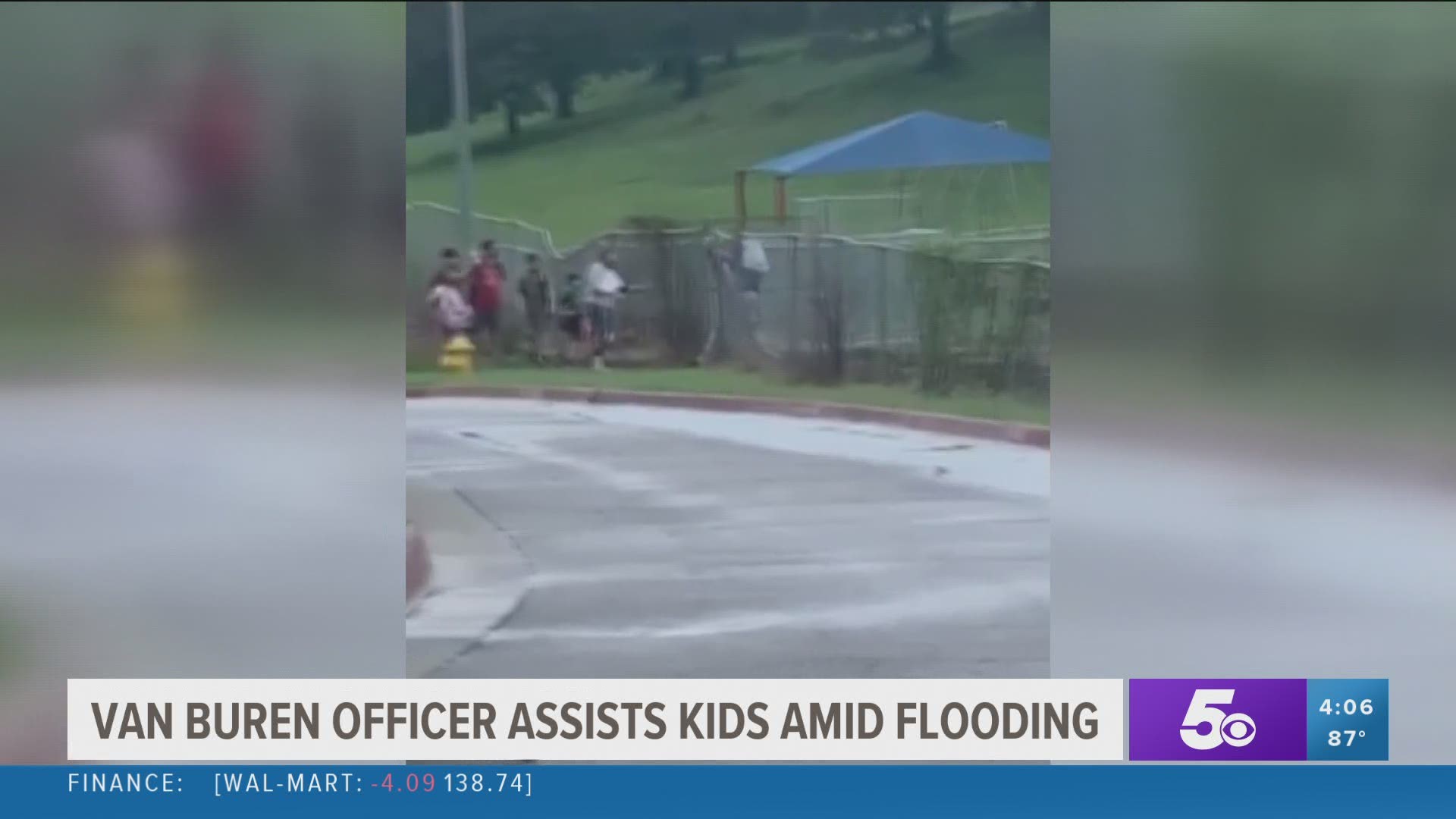 VAN BUREN, Ark. — The kindness of a Van Buren police officer was caught on camera, as he carried school kids across a flooded ditch.

Van Buren School Resource Officer, David Passen, said he usually walks at least 12 kids over to a nearby daycare every day, but during the flooding last week, he had to pick them up to get them there safely.

This video has been viewed thousands of times on Facebook. It shows Passen carrying kids across a flooded ditch.

It happened at Parkview Elementary in Van Buren. The officer picked up each kid and lifted them over the water.

Passen has been a resource officer at the school for a little over two years.

He said he has developed a close relationship with the ‘kiddos’ and thinks of them as his own family.

Passen said they recently moved school locations, and now there’s not enough teachers for after-school duties, so he volunteers to take a group of kids over to first Assembly of God every day around 3:00 p.m.

He said he was just doing his job and never expected it to be caught on camera.

“After school, I bring about 12 kids to this back fence so they can get to the daycare. It rained so much that the ditch was overflowing, and I knew there wasn’t any way they could get across it without having to be chased down the creek,” said Passen.

The video has been seen over 8,000 times and has been shared around 90. In van buren covering news where you live TL 5news