We've heard a lot about Africa recently. Africa in April just wrapped up this past weekend in Downtown Memphis. And, we met a Mid-South woman who ... 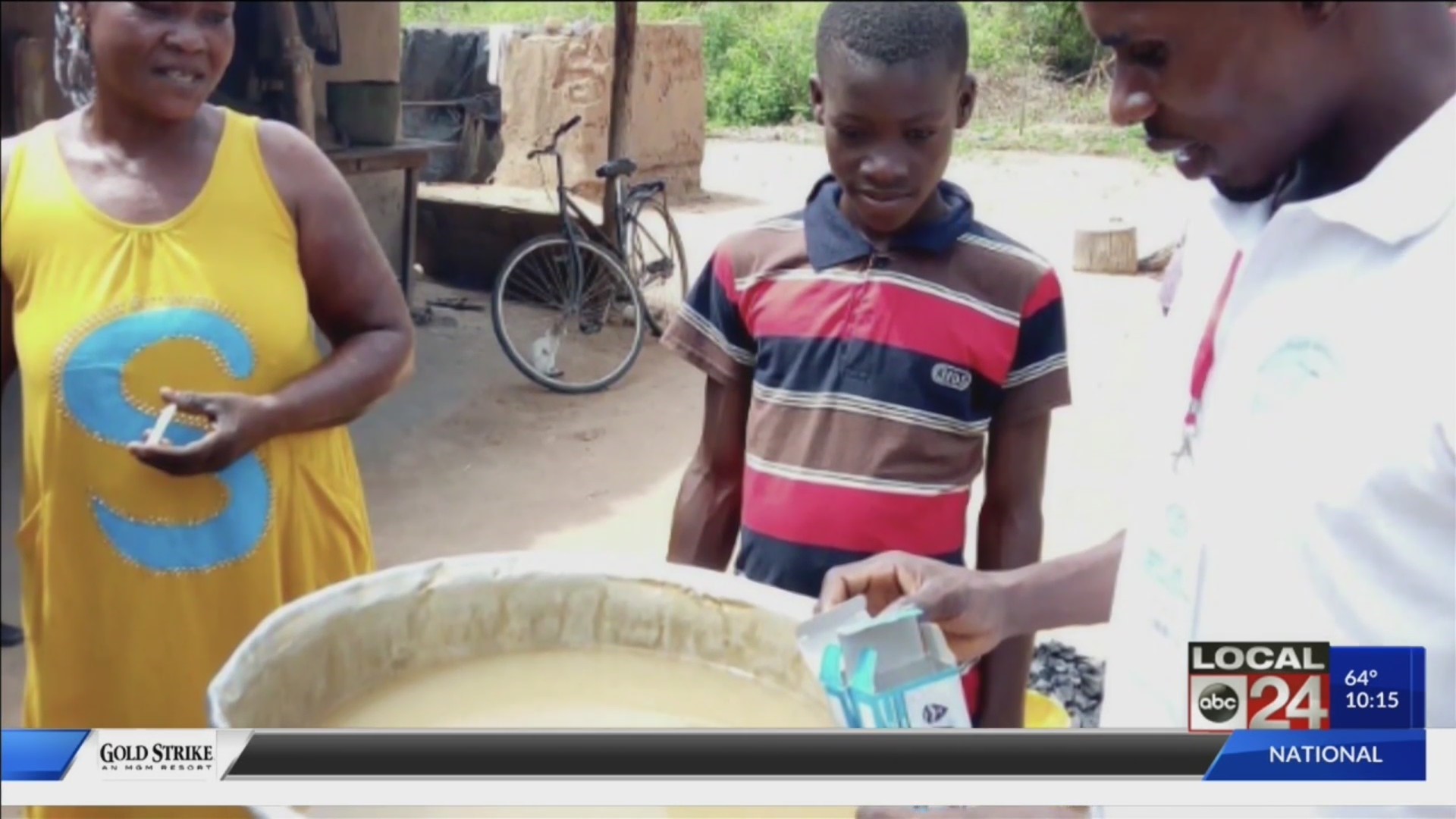 MEMPHIS, Tenn. (localmemphis.com) – We’ve heard a lot about Africa recently. Africa in April just wrapped up this past weekend in Downtown Memphis. And, we met a Mid-South woman who said tragedy led her to West Africa. Her ability to turn pain into power is local good news.

We met Mississippi Native Felicia Lampkin on a rainy day in Shelby County. The real estate investment company owner talked about the storms of life that day. And it was one particular storm that caught our attention.

In December 2017, Lampkin’s mother was diagnosed with stage 4 lung cancer. And during her illness, one thing stood out: her mother constantly asking for H20.

While grieving, she logged onto Facebook and saw a man trying to help people get clean drinking water in West Africa.

“He was passing out aqua tablets to put in water to kill bacteria because the people were drinking muddy water,” said Lampkin.

Lampkin decided to go to West Africa to drill water wells in honor of her mother. She reached out to the man on Facebook and within two weeks had contracts drawn up to begin the work. Thirty (30) days later, she had constructed six water wells in Africa.

“When I went to the blessing of the well ceremony for the very first well that I did in my mother’s honor, it was Mother’s Day,” said Lampkin.

She felt it was a perfect way to honor her mother’s memory. But she didn’t stop there. Lampkin established more than twenty (20) hand washing centers and donated hand washing materials to more than 17 rural schools in Ghana. Her message…

“I’ve learned the best way to help your personal situation is by reaching out and helping others,” said Lampkin.

Lampkin is now looking to buy land in the remote area so she can build a mission house that will allow more missionaries to come and stay for a long period of time.