With help of police officer, Memphis man survives bullet going through his neck 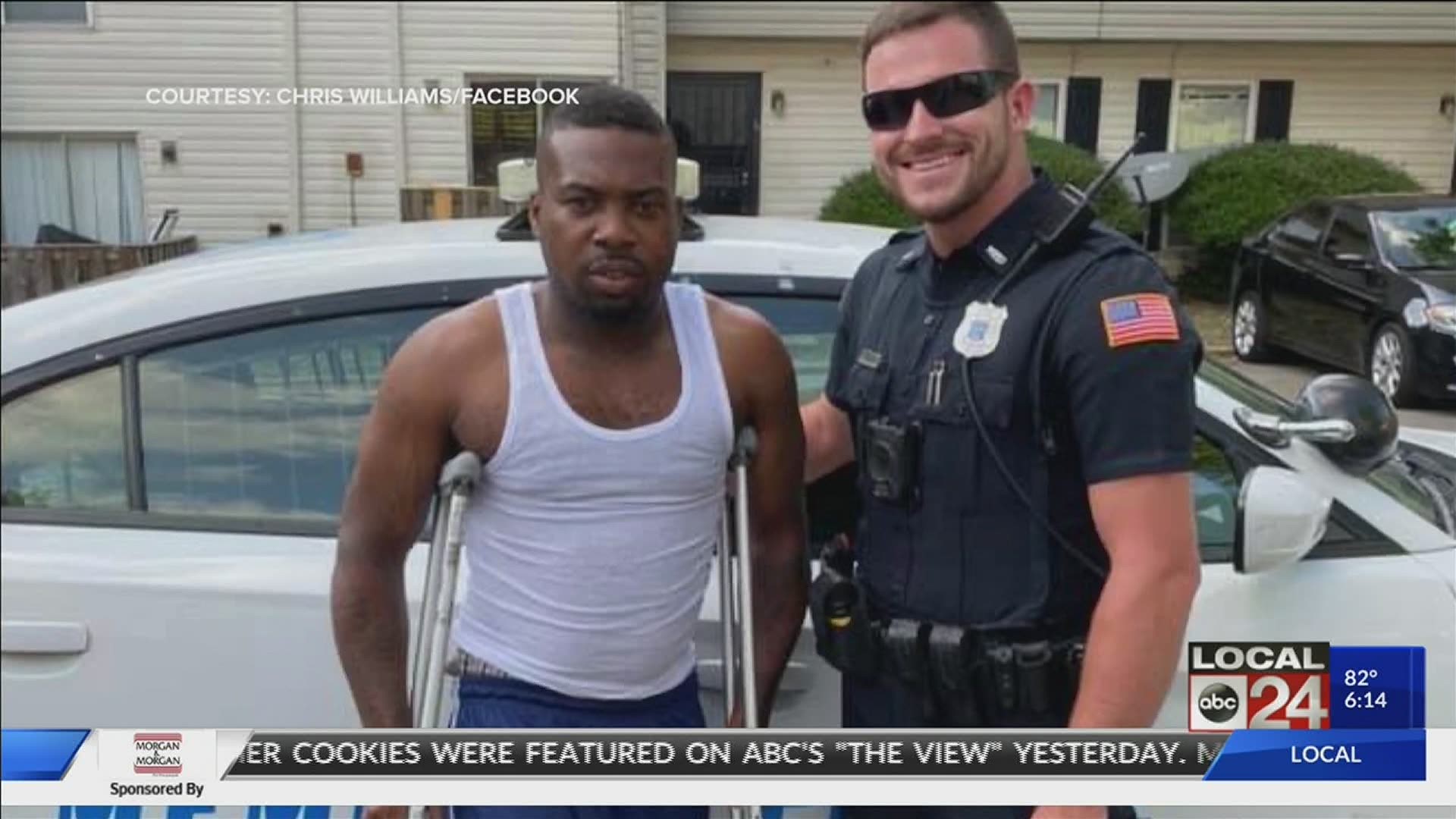 MEMPHIS, Tennessee — A North Memphis man says he is lucky to be alive thanks to a Memphis Police officer. A bullet struck Quiezell Johnson in the neck, and when the officer arrived he began life saving measure until the ambulance arrived.

Wednesday, the two came together to tell their story.

With a bullet still in his foot, Johnson recalls what happened last month when he was walking down the street.

"A car pulled up on me and shots got fired and the only thing I can recall is the bullet going through my neck," said Johnson.

Memphis Police officer Chris Williams was the first officer to the scene. Williams had what is called a "Medicop" kit, which is a small pouch with essentials for police to administer life saving techniques until paramedics arrive. Since 2018, MPD has issued them to officers.

"I got my gauze and I got my trauma pack and I theoretically pushed it inside his neck so it would stop the bleeding," said officer Williams.

You can see the spot on Johnson's neck where the bullet entered and exited.

Quiezell Johnson was shot in the neck and foot. The first Memphis Police officer performed life saving techniques until paramedics arrived. Today he told reporters he wouldn’t be alive if it were not for the officers quick actions pic.twitter.com/7BDP1mGQUF

"Truth be told, I didn’t know I was going to make it but I prayed to my father all the way through the run, it was a long run to bleed the way I bled," said Johnson. "I never thought I would be saved by an officer, because when I was growing up the officers always thought we was crooks and up to no good."

RELATED: Changing Poplar Avenue to Black Lives Matter Avenue is not a good use of the message

"I’ve got almost 8 years in on my career so far and I’ve never seen someone get shot in the neck and survive," said Williams.

Since that day, Willliams has been checking on how Johnson and his family are doing. Johnson's grandmother has nothing but praise.

Officer Chris Willkams shows is the the “medicos” kit he and other officers have on hand. Supplies from the kit were used to perform life saving techniques on Quiezell Johnson until paramedics arrived pic.twitter.com/KcIMAhPrkY

"Black lives do matter and black lives matter and my grandson's life mattered to officer Chris, and I want the world to know that," said Pullen.

"This is a very unrewarding at times, indescribable difficult job to do, and when ever you hear 'thank you' it means everything. The climate of law enforcement is hard right now, but we will get through," said Williams.

Johnson is scheduled for surgery to remove the bullet from his foot Thursday. He says he will remember Officer Williams and that day for the rest of his life.

This isn't the first time Williams helped save the victim of a shooting. In 2019, he also used the "medicop" kit  in a similar situation.