"I love you with all my liver," said Denisea Cartwright to her father in a Facebook post. 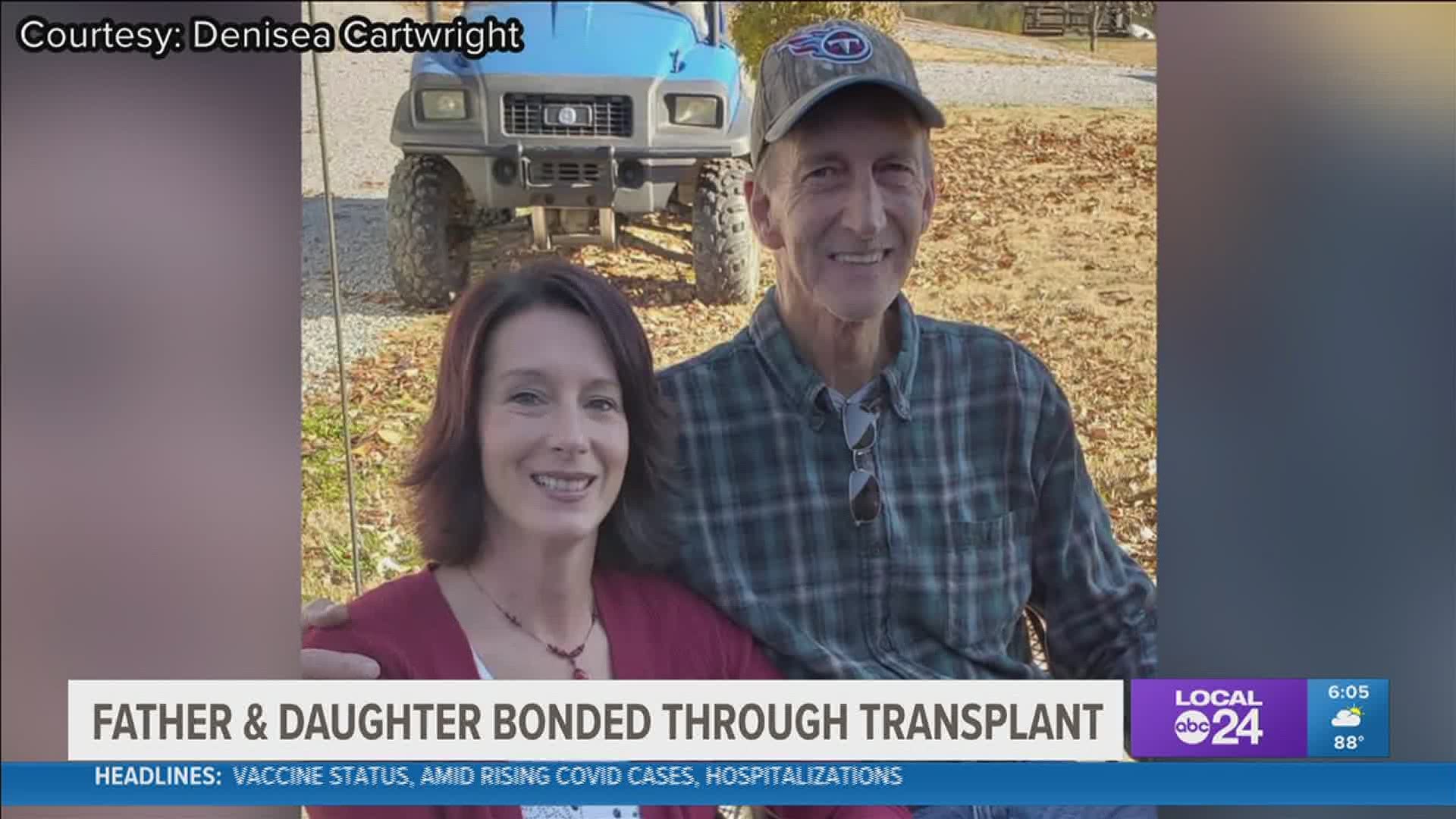 MEMPHIS, Tenn. — Families are about bonds. Those bonds can be both emotional and physical.

When you are young, parents just don't understand.

"Yeah, he was hard on me. He was really hard on me," said Denisea Cartwright, a Mid-South resident.

Let Denisea and her father tell it, the two have their differences.

Stubbornness does not stand a chance when love and tragedy pulls you together.

Robert Jr. passed away in a car accident in 2011. That brought a new commitment from Denisea.

Time is precious. Your whole life can change in an instant.

"My liver doctor called. He called and told me that they found a tumor in my liver," said Robert.

It was cancerous. Like a shade over light ticking time faster, Robert needed a liver transplant.

"The waiting time can be long enough to the point where they risk the cancer spreading to somewhere else in the body - at which point there is no cure for it," said Dr. James Eason, Methodist University Hospital James D. Eason Transplant Institute.

"The nurse was standing there. She said, "Well, your daughter would probably be mad at you if you didn't ask her to do it.' I couldn't take the chance of losing another one. I didn't want to," said Robert.

For Denisea, Robert didn't have to ask.

Robert made one of the toughest choices as a parent: let his daughter risk her life for his life.

Denisea gave her father part of her liver.

"Time is precious." That's what one Mid-South father and daughter realized after sacrificing for one another. Robert Cartwright will always have a piece of his daughter, Denisea, with him for the rest of his life. Tune into their story tonight on @LocalMemphis
at 6pm. pic.twitter.com/327qXNtBqd

He is proud, and here.

"What he doesn't realize is he's given me a gift. That's his life," said Denisea.

"I'll always have a part of her in me until the day I die," said Robert.

Denisea and Robert are now closer than ever.

Both Denisea and Robert are recovering just fine, and they encourage others to consider being living donors.

Methodist Le Bonheur Healthcare is the only institution in the Mid-South that does living donor transplants. If you want to become a living donor, click here, to find out how to be a donor.