Mother, daughter reunited for Thanksgiving after adoption over 50 years ago

A home in Cordova has family in town like many others for the holidays. The difference? Some are meeting for the first time this year. 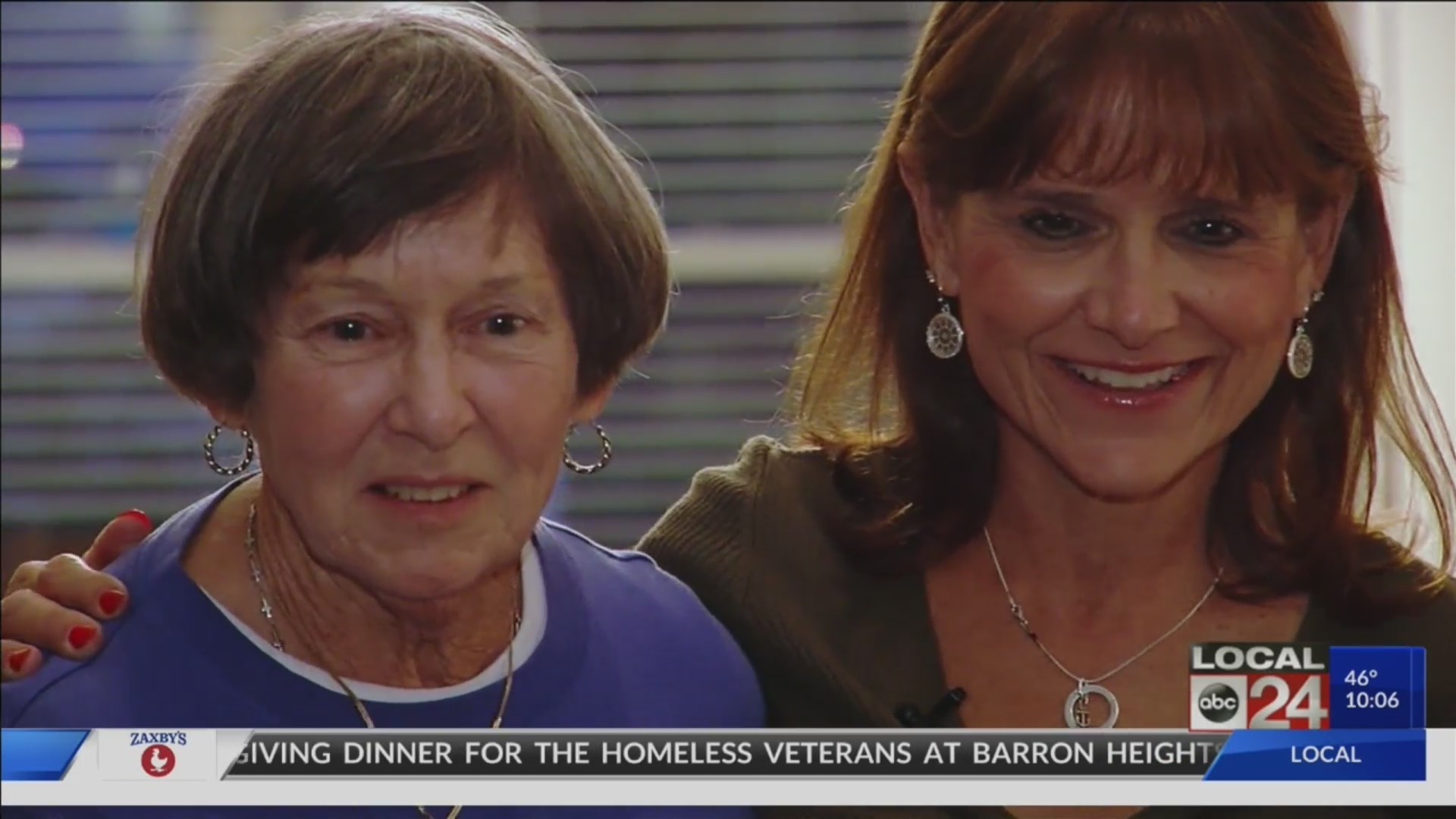 MEMPHIS, Tenn. (localmemphis.com) – A home in Cordova has family in town like many others for the holidays. The difference? Some are meeting for the first time this year.

“This has been something that’s been on and off pretty much my whole life,” said Cathy Sheeks. “Overwhelming is the best way to describe it. In a good way.”

Cathy Sheeks was adopted at three-days-old in Oklahoma. Since she learned of her adoption, she’s been in search of her mom, opening adoption records and going before a judge.

Sheeks even wrote to a radio station in 1993, in hopes her mother would hear she was searching for her. Part of the letter said, “I want nothing more than to tell her I love her and I’m so grateful to her for giving me life.”

“It’s just a sense of feeling whole,” said Sheeks. “If you’re adopted, you have a curiosity, you know. I had a great life, I had wonderful parents.”

This Thanksgiving reunion all started from a gift, and relatives say that it’s now a true miracle.”

Cathy signed up for the genetic testing service 23&Me. A niece she didn’t know did the same thing, after getting the service as a Christmas present.

“My daughter Jill says, ‘What do you think about that?'” recalled Cathy’s mother, Jeanie Rogers. “I knew what I was thinking. Well Cathy’s your sister, your biological sister.”

When she first laid eyes on Cathy over five decades later, she was speechless.

“Well, we cried,” Rogers shared. “We laughed and we hugged and we cried.”

Cathy’s mother was a student at the time and not able to take care of her baby girl.

“If you had a child out of wedlock, they called it, you were really scorned and shamed,” said Rogers.

So, she had her first-born in secret.

“I told my family I was going to transfer to another school in another state,” said Mrs. Rogers. “But actually I just hung out in an apartment for the next four months and gave birth and showed up again.”

Rogers admitted the emotional weight of keeping her pregnancy was difficult. It was hard to let go after the birth.

“I always felt like something was missing,” said Rogers. “Every year when her birthday rolled around I would think about her.”

It was an emotional reunion for Cathy’s sister too.

“When I saw her, I just wondered if I would recognize who she was,” shared Jill Donaldson, who grew up in Oklahoma. “But I did. She’s short. Just like me. Same color hair.”

She was delivered by the same nurse Cathy was.

“It’s a lot different,” said Emily Andrews, Jill’s daughter. “I didn’t have any cousins on this side. I thought I was my grandma’s only grandkid. So now I have some competition.”

This year, they’re celebrating Christmas the day after Thanksgiving and have a lot to be grateful for.

“Just giving thanks to God for this miracle,” said Rogers. “That’s it. It’s His doing.”