Planting a legacy: Local family with roots in farming continues family legacy with Feeding the Root Grows Market on Juneteenth

"Agriculture is so deeply rooted in the African American culture," said Samaria Grandberry. 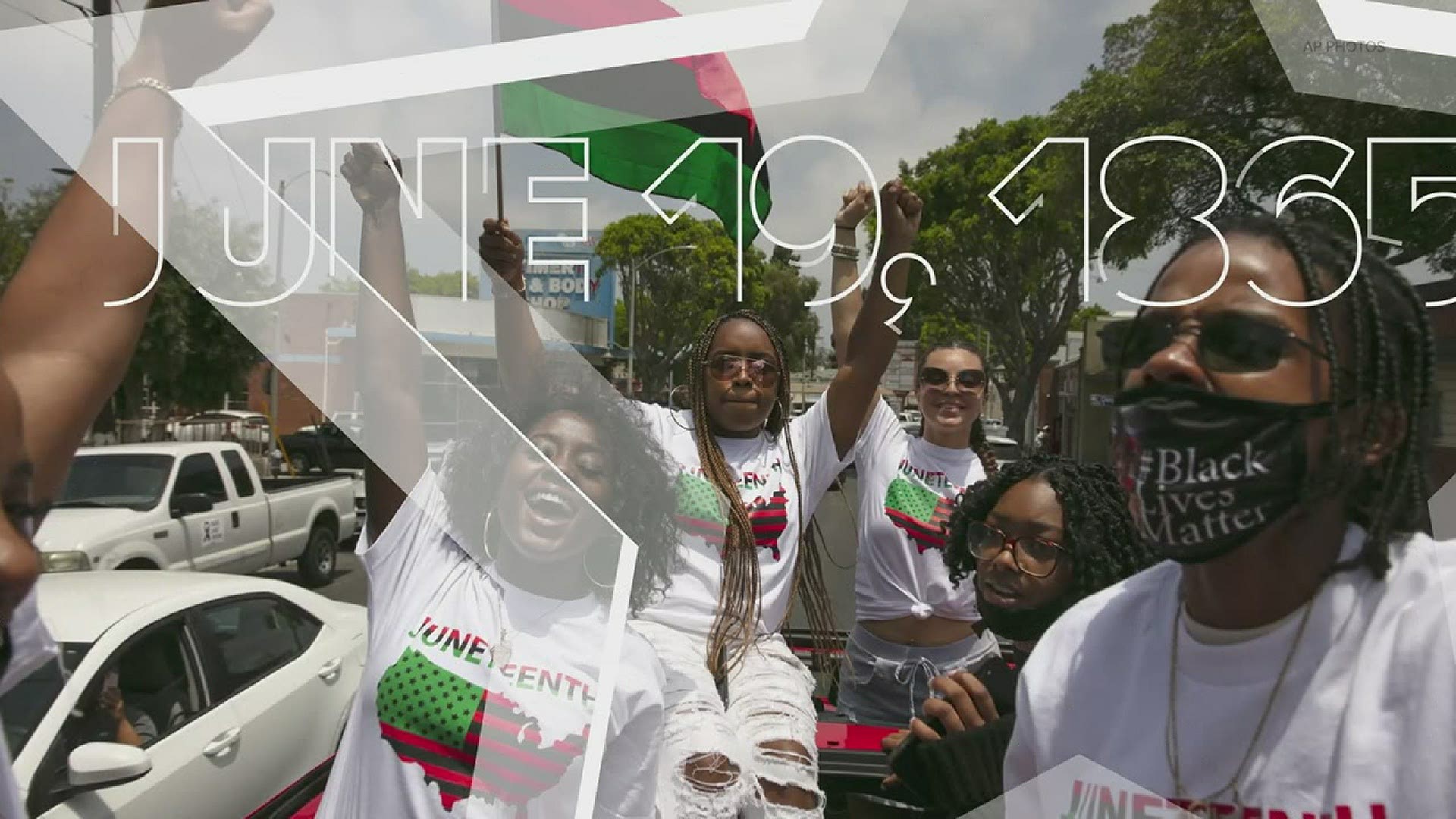 MEMPHIS, Tenn. — Saturday, we celebrate Juneteenth. On its face, the holiday celebrates the end of slavery, America's darkest chapter.

For many people, Juneteenth means so much more, a new beginning, hope, opportunity, and things that were denied far too long. We're sharing the story of a Mid-South woman who is celebrating Juneteenth in her own way while honoring the roots of her family planted generations ago.

This plot of land in Cordova is full of history.

It is history that Samaria Grandberry sees and feels.

"Just walking and thinking about this is the land that my great grandfather walked and that he loved," said Grandberry, Feeding the Root founder.

For Grandberry, the couple of acres in Cordova and the modest home that sits on the property are where her ancestors staked their claim to the American dream.

"This has just always been the home house we always come back to," said Grandberry.

Working their way from sharecroppers to homeowners in the 1940's, Grandberry's family bought the land from a white man, Samuel McCleskey, who purchased hundreds of acres and sold them to Black families.

"My great grandfather, he used this entire field. Anyone in this area knows that at Mr. Frank's you could come and get greens, corn, like everything," said Grandberry. "I remember he'd be on the porch shucking corn or picking greens, you know. and so he loved it."

Alongside Mr. Frank was his best friend, Barton Rogers.

He is also known as Mr. Buddy.

"We got along really good. Frank was honest. He was a Christian too," said Rogers.

"He farmed this entire land up until he was 80. He was in this field with his cane, with his walker, still farming," said Grandberry. "When I was in college, I went to study abroad. I went back to Africa and I studied abroad. My great grandfather, I told him about it. I told him I was going back to Africa and I would bring him back something...But while I was gone, he passed away. I wasn't able to make it back home. I wasn't able to say goodbye to him."

It's been a while since the family farmed the land, but Grandberry's family's roots run deep. Now, she is replanting to continue that legacy started more than 70 years ago.

"Agriculture is so deeply rooted in the African American culture," said Grandberry.

She is building on her family's legacy of farming. She's become a dietician educating and growing food for her community.

"This community is such a gem. you know there's not many areas where there's family land still," said Grandberry.

On Juneteenth, she is hosting her first Feeding the Root Grow Market on the very land where her family planted their roots generations ago.

Grandberry is fulfilling the promise to her great grandfather, Mr. Frank. It's a promise that like a root, holds strong growing into its own.

"I feel like having the market here is like the opportunity for me to give back to him and bring something back to him because I know that if he was here, he would be so excited. This is what he did. He grew food and he fed the neighborhood," said Grandberry.

She is sowing a legacy with a harvest based on community.

The Feeding the Root Grow market will feature several local vendors as well as cooking classes, yoga, and health screenings.