There are some who develop a skill over time and others who are just born with it. 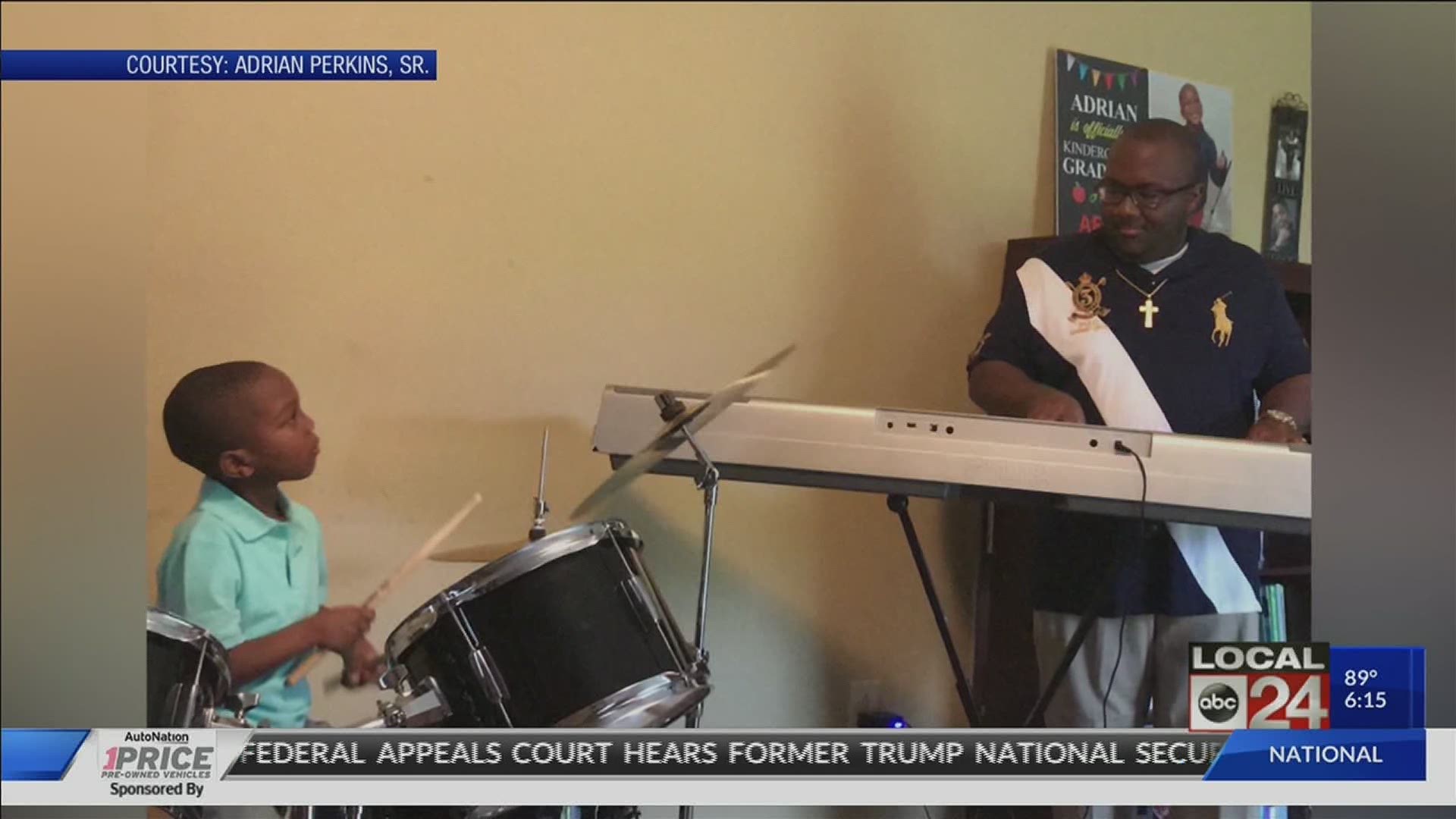 BROWNSVILLE, Tenn. — Six-year-old Adrian Perkins was four when he picked up some drumsticks and he's been rocking to the beat of his own drum ever since.

New Revelation Baptist Church in Brownsville, Tennessee has a 6-year-old keeping the tempo for the congregation.

His name is Adrian Perkins Jr. or as his father calls him, AJ.

He is a little man of few words, but his drumming, which comes from a big heart, speaks volumes.

"It's just amazing. I'm thankful number one. One thing I always wanted was for his gift to be shared with the world. I want him to be an inspiration to other kids that's growing up," said Adrian Perkins Sr.

He is the Minister of Music for the church.

"I think back to when I was his age and I don't think I was doing any of the things that he's doing now," said Perkins Sr. "It's just a great feeling to know that your son is growing up in your footsteps."

Adrian's curiosity stole the rhythm of his heart at age four.

So how does he do it?

Sure, he makes it sound so easy.

As we know, practice makes perfect. That is what AJ tells his friends.

"One thing he's always said is he wants to play for his granddaddy, which is my dad. He's the pastor of the church. It's just three generations right there together," said Perkins Sr.

"My grandpa stands up sometimes...sit down. Stand up," said AJ.

That is a standing ovation for a kid who finds comfort in every beat.

"I feel great like God is keeping me safe," said AJ.

He also dabbles a little with the keyboard and is planning on picking up a guitar.

RELATED: Arlington 8th grader doing his part to give back to his community