The couple is asking the community to keep an eye on local pawn and consignment shops, as well as on Facebook marketplace for the dress. 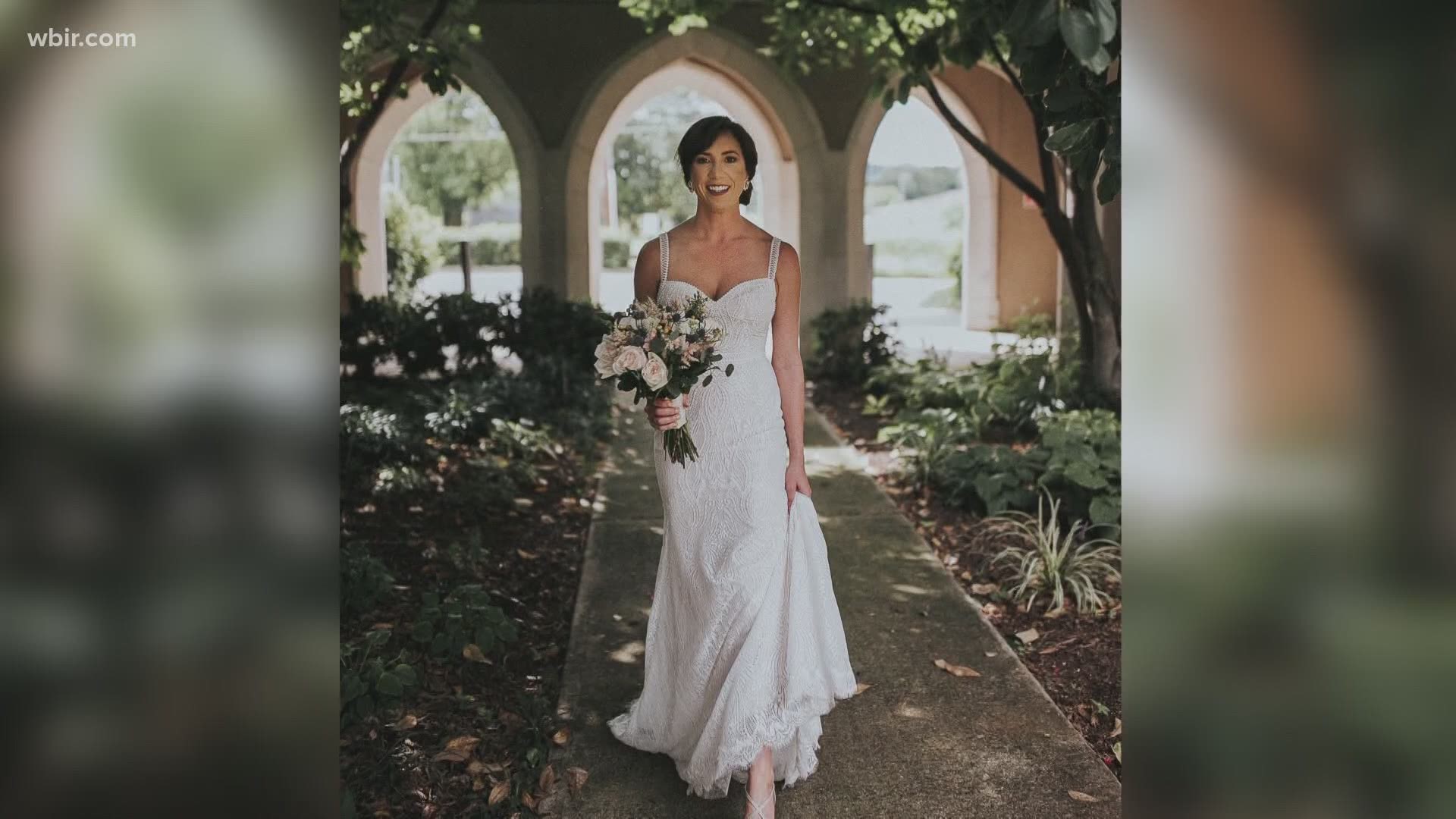 KNOXVILLE, Tenn. — A Knoxville bride and groom went from a day of celebration to one of heartbreak over the weekend.

A thief broke into their car just before their honeymoon and stole a long list of valuables, including the wedding dress.

While they're hoping to find it, they say it's put into perspective what's important.

Saturday was a day of bliss for newlyweds Gentry and Jordan McCreary.

"It seemed like a normal wedding despite the social distancing, masks and number of people," said Jordan. The couple got married Saturday evening.

Taking advantage of family still in town, they decided to grab brunch the next day in Downtown Knoxville. It was a busy Sunday, so they parked their car in an overflow lot across from Balter Beerworks.

"Came back out to our car around 12:15 p.m. and realized the window had been broken in," said Gentry.

"As soon as his sister said 'Was your dress in there?', the bottom dropped out. I couldn't breathe," she said.

But the pair quickly realized they had much more than that. "As much as I love that dress and we love what it represents and the night, what we most cherish is the life we're starting together," said Jordan.

They're doing their best to stay positive as they start their new journey together, learning right from the start as long as they have each other they'll be alright.

"At least it didn't get stolen before the wedding and you have the pictures, you got to wear it," said Jordan. "At the end of the day, our goal is to get married and to start a life together."

"We'd love to hate it but it's not the end all be all, this is what matters. They can steal our stuff but they can't steal our happiness," they said.

The Knoxville Police Department is investigating.

The couple is asking the community to keep an eye on local pawn and consignment shops, as well as on Facebook marketplace for the dress.