“Right now, we have an incredible opportunity to be the change we want to see,” said Cassandra Williams. 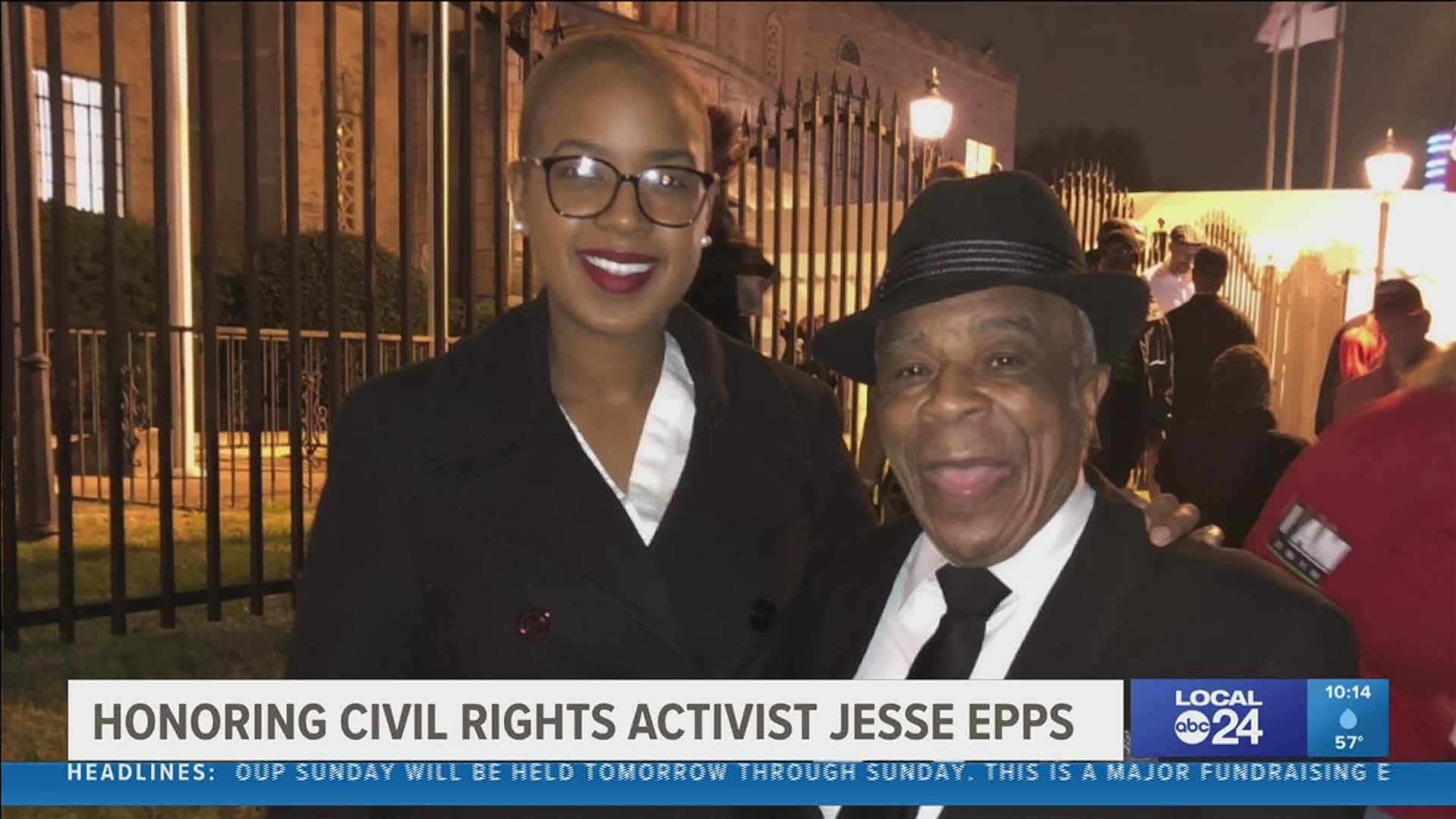 MEMPHIS, Tenn. — As we approach the end of this year's Black History Month, Local 24 News is honoring a civil rights activist who played a large role in the sanitation workers' strike. Local 24 News' Nextdoor reporter Brittani Moncrease shares the story of Jesse Epps.

There's history at every corner you turn in Memphis. Many of our Nextdoor neighbors hold a deep connection to that history such as Cassandra Williams who shared the story of her father.

Jesse Epps is a civil rights activist. Local 24 News learned of his work from his family through Nextdoor.

“He was a field representative for the American Federation of State, County, and Municipal employees. That work brought him to Memphis during the sanitation workers strike,” said Williams.

“A lot of people would probably say he caused a lot of problems,” said Williams.

It was a "good trouble." Epps was an advisor to President Lyndon B. Johnson, getting young people and minorities involved in the Democratic Party and government.

“He was able to bring the Head Start program to Clarksdale, Mississippi,” said Williams.

As time carried on, so did his work for social and economic justice.

“He stayed in that field; however, his life’s work was to have a community union. He worked on that until he had a stroke several years ago,” said Williams.

Black History Month is almost over, but that doesn't mean we stop honoring those who have paved the way. Tonight, @LocalMemphis honors Civil Rights Activist, Jesse Epps. pic.twitter.com/JloRuODq0v

Epps now lives in Maryland. He has Alzheimer's. While battling memory loss, his work remains seen, known, and stored in the minds of generations.

“We’re his legacy,” said Williams. “When I listen to some of the field work that he was doing in the labor movement, some of the things he talked about then about resisting poverty, social and economic injustices, those are the same conversations 50 years later.”

They are conversations signaling progress, but more work to come.

“Right now, we have an incredible opportunity to be the change we want to see,” said Williams.

It is change that was foreseen by leaders such as Jesse Epps and now passed on to leaders of today.

If you have a story you would like to see on Local 24 News, reach out to Brittani Moncrease on Nextdoor.