"The Roots of Memphis Music" outside FedExForum tells the story of Black Memphis history. 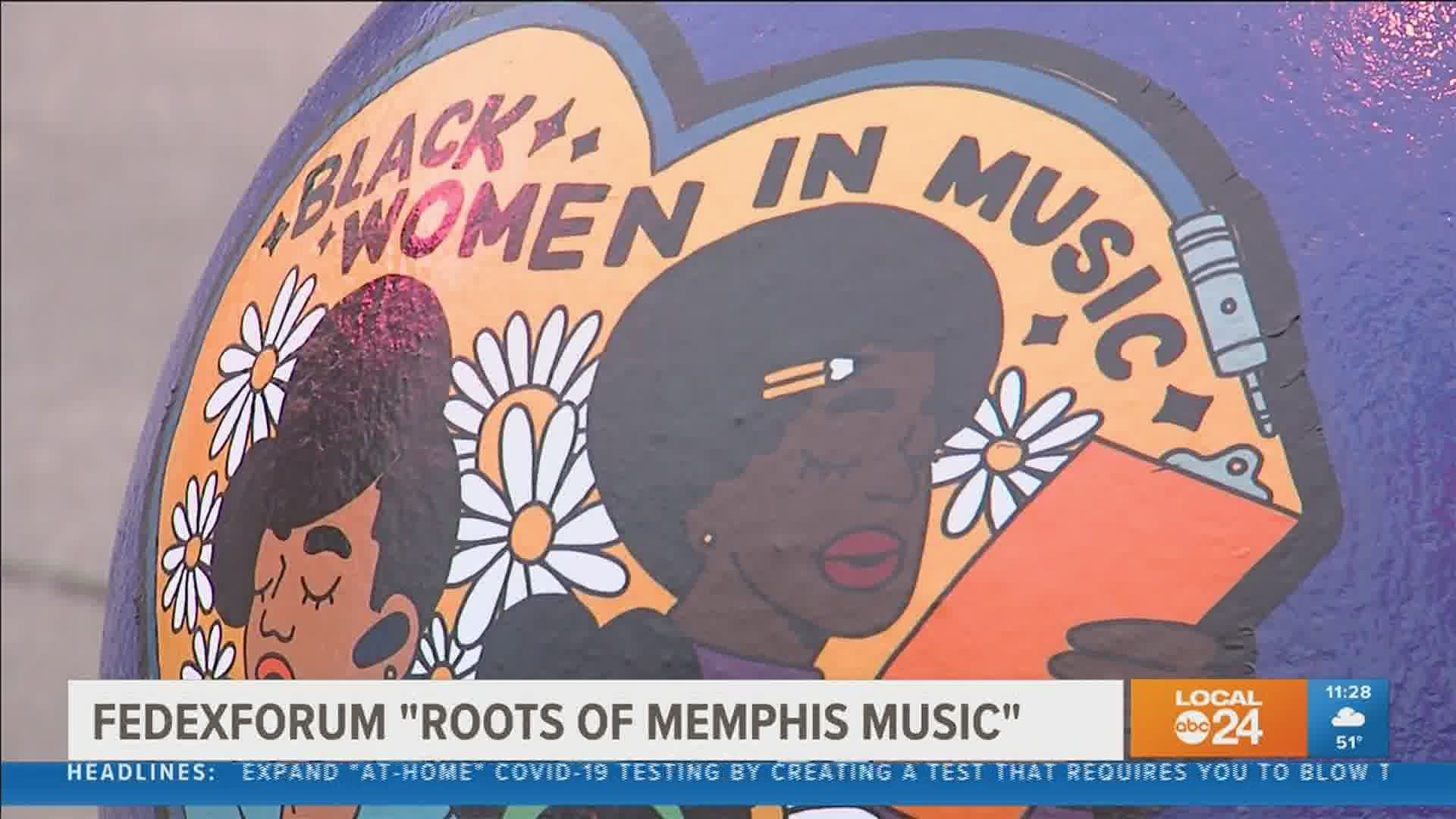 MEMPHIS, Tennessee — The history of Black music in Memphis is Memphis' history, and a new artwork display is capturing the legendary sounds from past to present.

Outside FedExForum, 24 bollards have been painted and decorated with artwork. Bollards are the concrete balls that surround the plaza. The artwork was put up just in time for Black History Month.

From W.C. Handy and Memphis Minnie to Furry Lewis and Three 6 Mafia, each bollard shares a different theme and piece of Memphis' history.

“We have so many other art musicians and just people in music that just didn’t get the recognition that they deserve," Mia Saine said.

Saine and fellow Memphis artist Quantavious Worship, also known as Toonky Berry, designed all of the artwork now on display that's already bringing people down to the plaza to check it out.

“We tried to give off elements of that person and then put them all into the design," Toonky Berry said.

The project is called "The Roots of Memphis Music" and was organized by Memphis Tourism.

“We wanted to create something that not only speaks to the legacy and influence of all the Black musicians, artists, and studios that have created this brand but also what’s going on in today’s music world," Leah Gafni, Memphis Tourism Digital Marketing Director, said.

Each of the 24 bollards are decorated with a different theme for Black History Month. On #GoodDayMemphis we’ll show you how they’re also interactive pic.twitter.com/iupeXsyRr5

For months, Berry and Saine have worked to design each of the 24 pieces of art. The artwork is displayed in a chronological order. Berry hopes people can grasp the impact that has been made in Memphis through their art.

Each bollard has a QR code on top for phones to scan. That will bring up a webpage that shares more of the story behind that piece of work. It'll also show how people can explore it more at different spots in the city.

People that scan the WDIA Radio bollard will learn that not only was it where B.B. King got his first big break through the radio but they'll also learn that it was the nation's first radio station with all-Black programming and radio hosts.

“We only have so much room on a bollard so that’s why we wanted to have those QR codes so that people can discover more and journey through the rest of the city," Gafni said.

Gafni said the display currently has plans to stay up through the month of June.

“We’re hoping that art can do a lot of storytelling and just make this so compact, history just be approachable and allow people to, at any level just to enjoy it and just know, that it is Memphis" Saine said.

Today when you stand in front of @FedExForum, you'll notice 24 bollards, each celebrating a different facet of Black music in #Memphis. Enjoy the art, designed by local creatives @Toonkification and @heymiasaine! 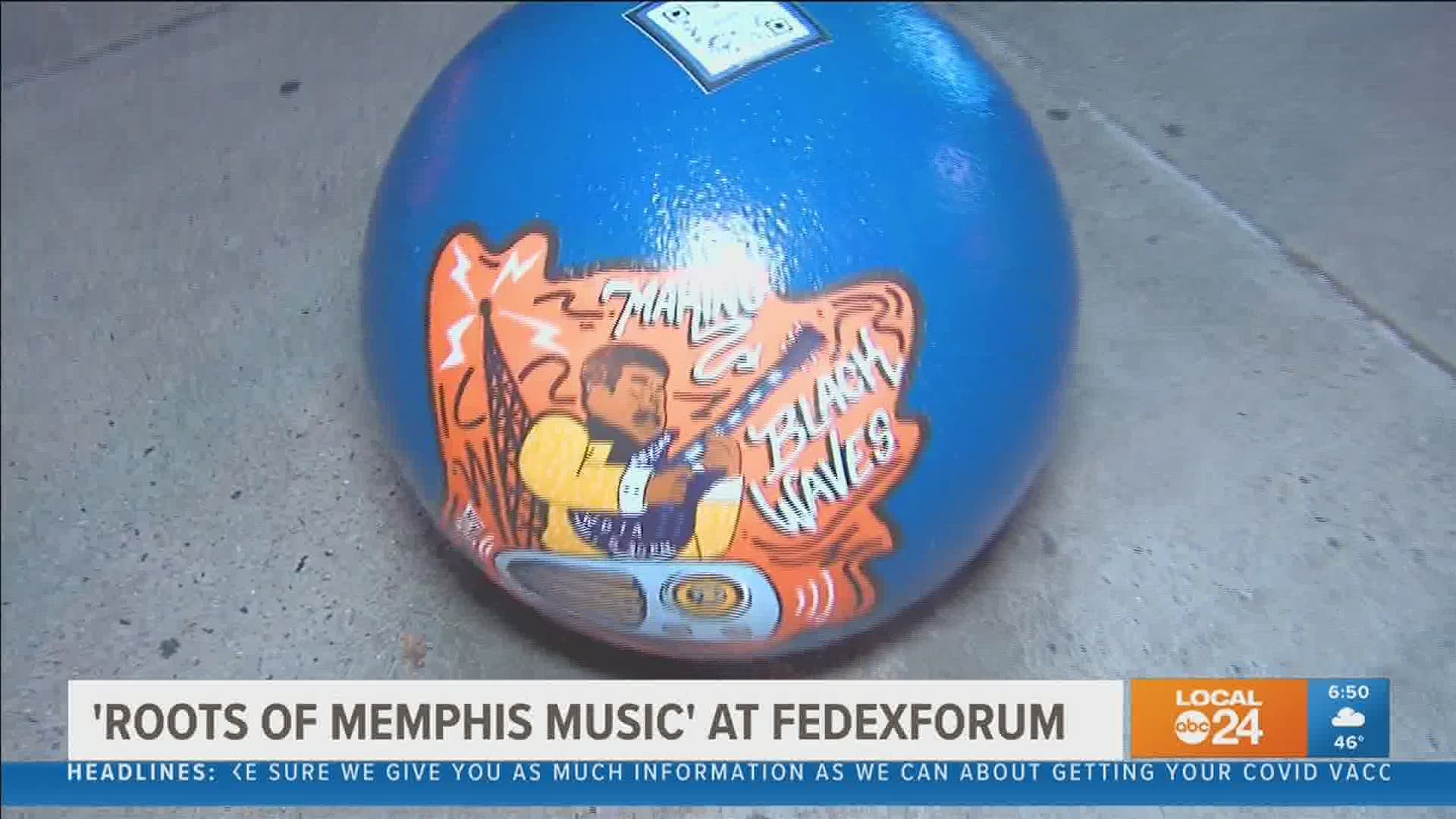