Historians say it was an experience that never would have happened had there not been a resistance to school desegregation years before. 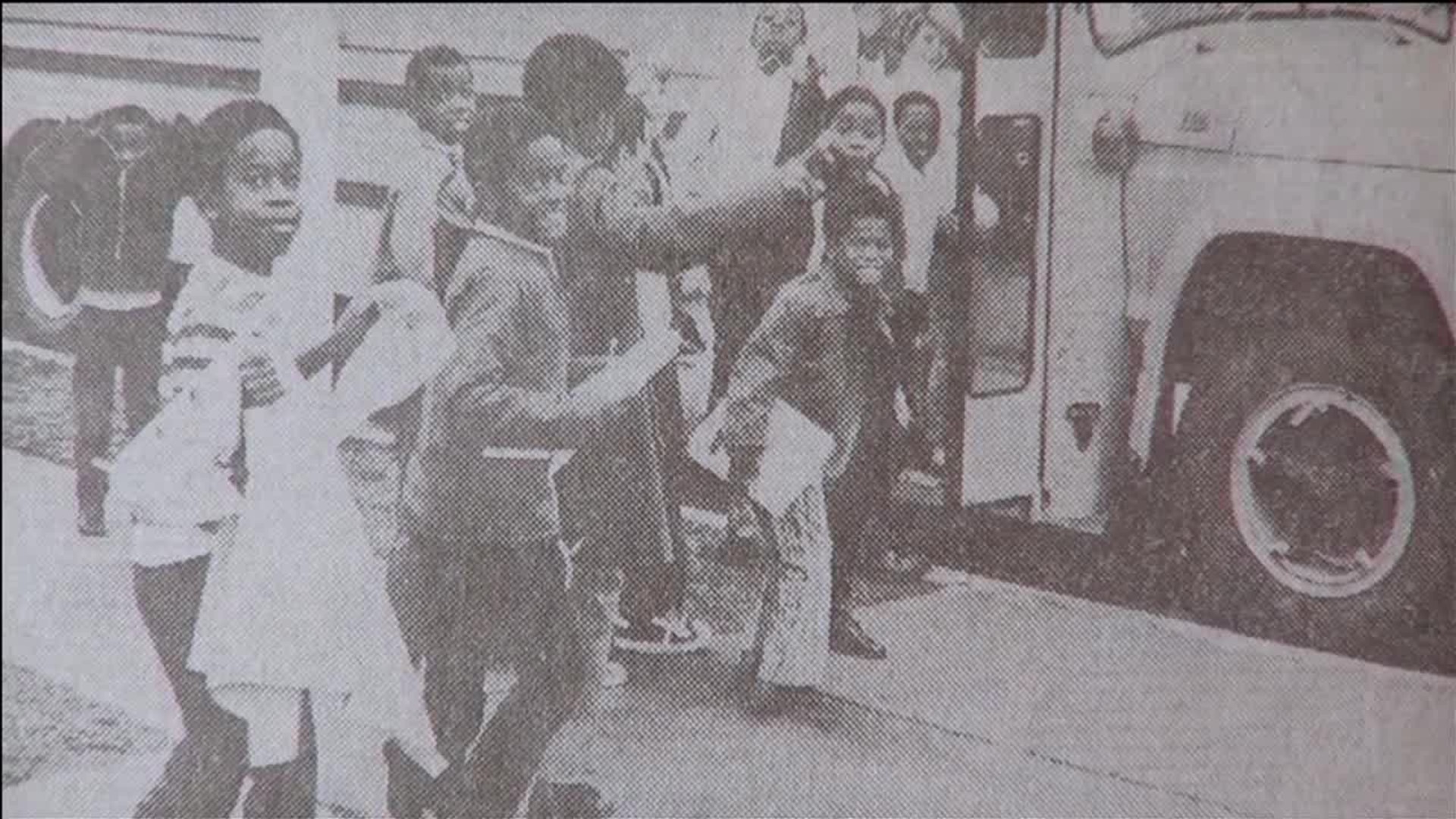 MEMPHIS, Tenn. (localmemphis.com) – Historians say it was an experience that never would have happenedhad there not been a resistance to school desegregation years before.

Schoolbusing would prove to be a defining moment in Memphis, with long remaining effects.

Ispoke with two well-known Memphians: author Wayne Dowdy – a custodian ofMemphis and Mid-south history – and Pastor Kenneth Whalum – who has served asan education commissioner. As children, the two found themselves at the centerof the school busing controversy, for better or for worse.

Asstudents, Whalum – black – and Dowdy – white – were among the first to be busedto schools as a result of school desegregation more than a decade before.

“Therehad never been a widespread white protest against the civil rights movementuntil the busing era in Memphis,” said Dowdy.

“Thefirst time I was called a n***** was by a little white kid in this school righthere,” said Whalum.

“Ithink to understand the idea of busing, you have to go back to the idea ofBrown vs. the Board of Education in 1954 – the idea there that students shouldnot be assigned to a school based on the color of their skin,” said Kiel.

TheSupreme Court ruling meant that schools across the United States must break thecycle of separate, but, far too frequently, unequal.

Themove to integrate schools following the High Court’s ruling in the early 50swas slow, particularly in Memphis, with meager numbers of black studentsenrolling in white schools, carrying on through the late 60s.

Bythe 1970s, nearly 90% of black students were still in schools made up of 90% blackstudents.

Sixteenyears later, the Supreme and local courts had grown impatient.

“Soin 1971, the Supreme Court steps in and says busing is a viable tool to be usedto achieve actual desegregation,” said Kiel.

Itwas not a well-received mandate for many, especially white Memphians.

“Everybodyon my street left. I mean when busing came, they were gone. Some moved back toWest Tennessee. Some people moved further east to able to go to a county schoolto avoid going to school with African Americans,” said Dowdy.

“Therehad been those who violently opposed sit in demonstrations in 1960 and 61.There were young students who would sit in at lunch counters or at libraries orart museums who were beaten, so it was not as peaceful as people seem topretend. But most whites in Memphis didn’t like it, but they accepted it. Busingfor some reason was different,” said Dowdy.

Massresistance was expressed by whites who called themselves “Citizens AgainstBusing” and the subsequent “Kids Against Busing,” who heldrallies where whole school buses were actually buried.

“Therewas a school boycott when I was in second grade at Goodlett school, where itwas called ‘White Monday,’ I believe in April of ’72,” said Dowdy.

For ayoung Whalum, just finishing elementary school at the southside’s Hamilton andnow being bused to Sherwood, great opportunity lay ahead.

“Weused to come and sit on the curb and look up into the sky and imagine what ourlives were going to be, man. It was a great experience. It was amazing,”said Whalum.

“Youdon’t react to racism in that way. He said you make them know that you areequal to them. You don’t take a back seat to them. You fight, that means you’vecome down to their level. I’ll never forget that,” said Whalum.

Arguably,Shelby County Schools are just as segregated now as they were in the 60s, butWhalum and Dowdy see gains because of busing.

“Itwasn’t a failure in its goal of eliminating segregation and by extensiondiscrimination,” said Dowdy.

“Ithink the human component has transcended all of the negatives that grew out ofit,” said Whalum.