Nine neighborhoods decked out in red, white and blue welcomed a caravan of cars while social distancing and staying in their yards. 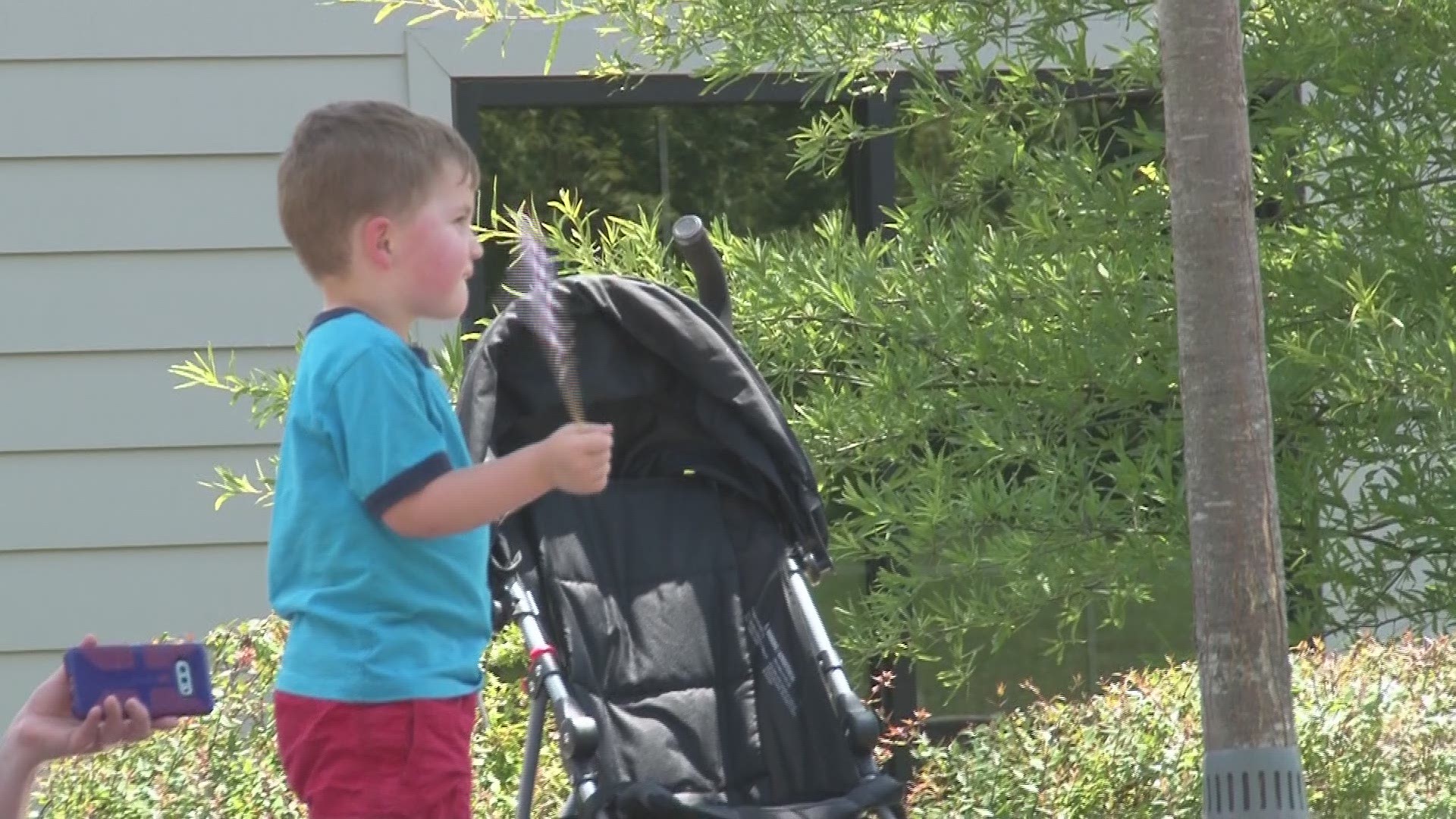 KNOXVILLE, Tenn. — City of Knoxville leaders drove through decorated neighborhoods for the inaugural "Trails of Red, White and Blue" on Saturday. Officials held the socially-distanced parade through the city in place of the Festival on the Fourth celebration, which was canceled due to COVID-19.

This is the first time Fourth of July festivities in Knoxville include a caravan through the city. However, officials weren't going to let a cancelled Festival on the Fourth fireworks show stop them from celebrating.

Nine neighborhoods decked out in red, white and blue welcomed a caravan of cars. Mayor Indya Kincannon, the fire department and multiple radio stations joined in on the parade.

"No, it's not the big fireworks show," Melissa Zitt said, a neighbor in Northwest Hills subdivision. "But we're appreciative the city is giving everyone something to look forward to."

People in each subdivision celebrated independence spread out in their yards from a safe distance.

"It's nice to see people sitting outside in their yards, ready to watch it and everybody still unifying together for something while still socially distant," Patrick Zitt said, a neighbor in Northwest Hills subdivision.

Horns honked, flags waved and hearts filled with star-spangled pride in a time of isolation, when communities may seem so far away.

Even those in Sherrill Hills Retirement resort, where celebration could have simply been held another day, the parade came through to remind them the community isn't far away.

"I'm so glad everybody came, it was really a thrill," 98-year-old Sally Bevard said.

While it's not the usual kind of celebration, many said it was well worth the patience.

"Yeah it's been really tough and hopefully it will all end soon," Sherrill Hills said, a resident of Erwin Bloom.

The neighborhoods that participated are a part of the City of Knoxville's neighborhood association.