All jokes aside, Richard Pryor continues to inspire comedy in the Mid-South

Local comedians reflect on the legacy left by Richard Pryor, known as one of the greatest comedians of all time. 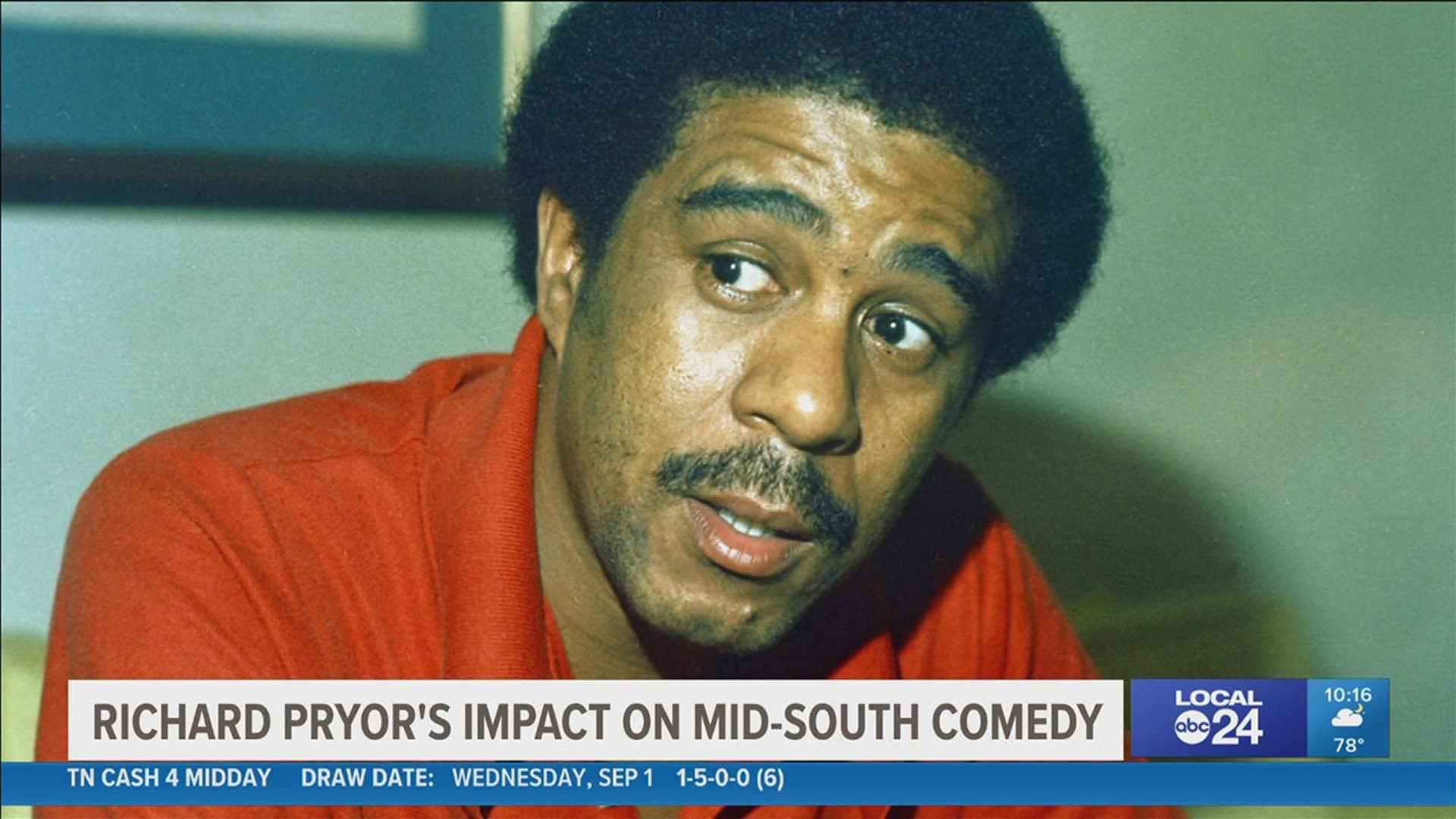 MEMPHIS, Tenn. — ABC'S documentary, "Superstar: Richard Pryor" gave a us a look at the pioneering work of the great comedian and his complex life.

Pryor remains the benchmark for comedians around the world, even local funny men who see Pryor's legacy tantamount to a whole world of comedy right here in the Mid-South. Find one comedian who doesn't hold Pryor at the top of their list of comedic heroes. From the youngest to the vet, here in the Mid-South there might be little less laughter without him.

John Miller started doing comedy at age 7. At nearly 30-years old now, Miller is carving out a name for himself on the local comedy scene with his own stand-up and promoting comedy shows.

"Richard Pryor is the OG. Everybody acknowledges that right. He's the number one in the comedy game. He paved the way for everybody that we know of on top of the game right now," said Miller.

It was raw vulnerability that made Pryor so unique for Miller.

"A lot of people when you see them do comedy, they're doing an act. Richard Pryor felt like he was talking to you and it just happened to be hilarious," said Miller.

Millers' learned even being funny is hard work and if you want a laugh? You've got to pay.

Funny Man Prescott has also made laughter his business. A comedian known on the national stage, he's part owner of Chuckles Comedy clubs in Memphis and Jackson, Mississippi.

Earthquake live at Chuckles Comedy House this weekend for 5 Big shows May 18-20 . Get tickets now at www.chucklescomedyhouse.com

"I started out doing comedy just because of Richard Pryor," said Prescott.

As a kid, Prescott and a cousin would put on his aunt's party records when she left for work.

"We knew we was too young for it, man but we listened to it. That was my first glimpse at comedy and the icon, Richard Pryor."

Sneaking those records onto the turntable behind his aunts back may have supplied the afternoon's laughter for the 2 boys, but inspired Prescott and Funny Man was born.

"Richard was a great storyteller and it could be about Miss Rudolph back in the day or a dog...how a dog talked. We really never heard anybody talk about animals communicating with humans in such a way you could see it happening and just the way he commanded the stage, man," said Prescott.

What any comedian will tell you they find at at the heart of Pryor's act is the commonality of every man. Just like all the other comedians Prescott has shared the tour road with, Steve Harvey, Cedric the Entertainer, Ricky Smiley and other big names of the industry, all of them owing something of their careers to Pryor's influence and his blueprint for comedic success.

"The Eddie Murphy's, the Kevin Hart's they all used the Richard Pryor blueprint, right and we all strive to have that level of influence and success," said Miller.

"Richard Pryor blood is in my blood. That's how I feel," said Prescott.