The family of Dr. Miriam DeCosta-Willis announced that she died Thursday morning at her home. 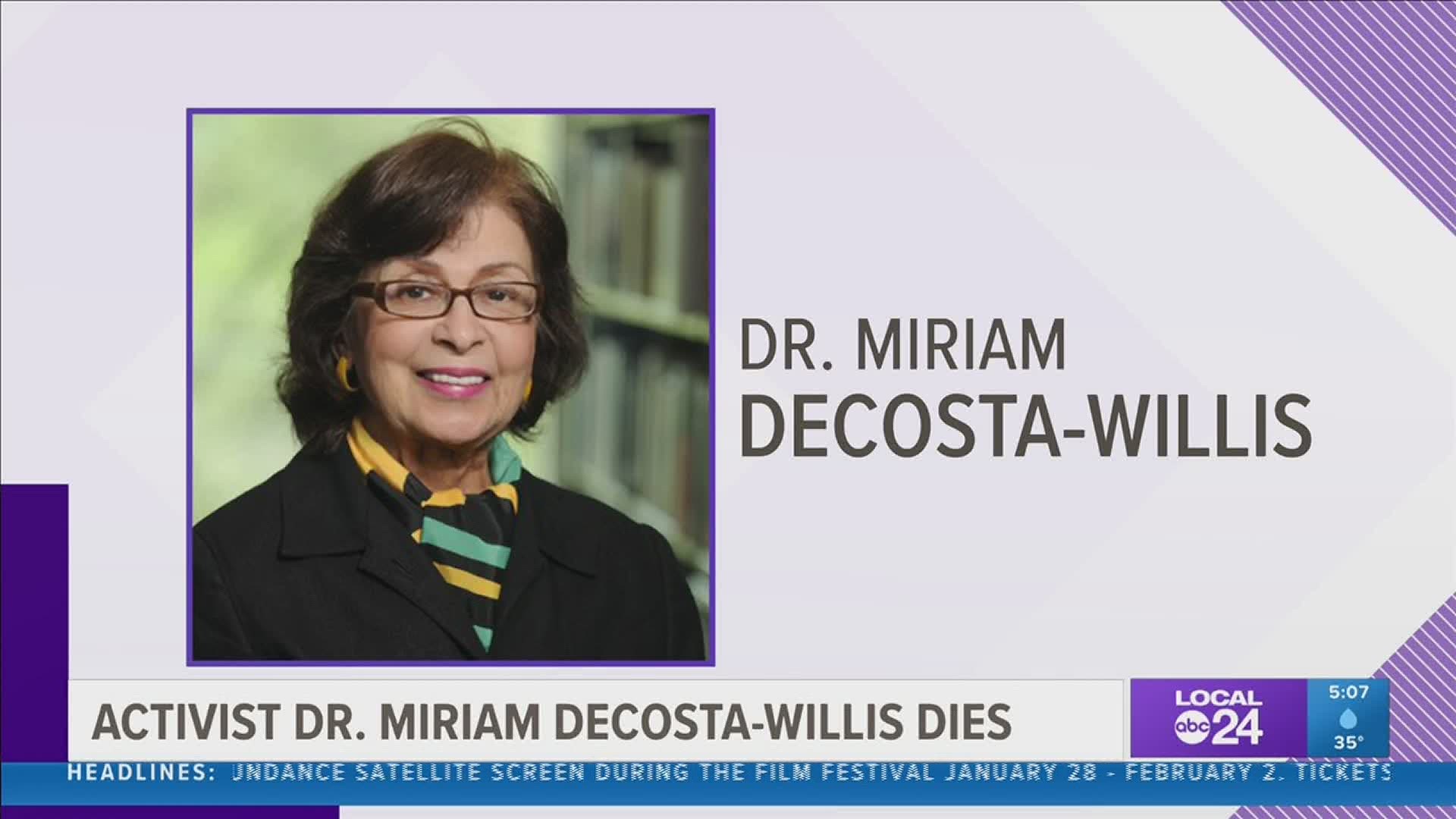 The family of Dr. Miriam DeCosta-Willis announced that she died Thursday morning at her home.

She was a pioneer in the fight for racial and gender equality and was jailed during the civil rights movement. She was also one of the first African Americans to get a PhD at Johns Hopkins University.

She served 40 years in education across the Mid-South and the country.

DeCosta-Willis was honored with a marker at the University of Memphis last month as the first black faculty member at Memphis State University after being denied admission.

In lieu of flowers, the family said donations may be made to The University of Memphis c/o the Dr. Miriam DeCosta-Sugarmon Scholarship Fund. 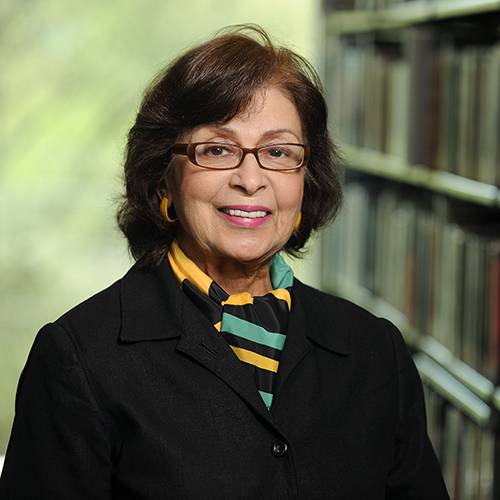 Invincible scholar: Miriam DeCosta-Willis
This profile is among 61 originally created for the Indispensable Role of Blacks at Johns Hopkins exhibit, which is presented jointly by the Johns Hopkins University Black Faculty and Staff Association, the Office of the President, and Development and Alumni Relations. In celebration of Black History Month, the Hub will publish select profiles from the exhibit throughout February.

(UNIVERSITY OF MEMPHIS NEWS RELEASE)  - Dr. Miriam DeCosta-Willis (Sugarmon), the University of Memphis’ first Black professor, passed away Thursday at her home surrounded by family. She was 86.

After being denied entrance to then-Memphis State University in 1957, DeCosta-Willis went on to become a Phi Beta Kappa graduate of Wellesley College. She earned her MA and PhD degrees from John Hopkins University, becoming one of the first Blacks to do so at the school. In 1966, she became the first Black professor at the UofM where she taught Spanish, was the advisor to the Black Student Association and helped organize the Faculty Forum.

The UofM dedicated a historical marker to honor DeCosta-Willis on Dec. 14, 2020. The marker will be placed in front of Jones Hall just north of the Administration Building on the UofM campus.

“We are forever grateful for the remarkable courage, sacrifice and service of Dr. DeCosta-Willis over many years at the University of Memphis,” said UofM President M. David Rudd. “There are moments in the history of every institution that need to be memorialized. The great courage of Dr. DeCosta-Willis is one of those moments that will forever be remembered on our campus. On behalf of the entire UofM community, I extend my deepest condolences to her family.”

A pioneer in the struggle for racial and gender equality, she organized a student protest in high school, participated in the Montgomery Bus Boycott, was jailed during the Civil Rights Movement, helped lead a boycott of Memphis Public Schools and joined protest marches in Washington, D.C. She was also the first African American admitted to Westover, a preparatory school in Connecticut.

Due to the Pandemic, there will be a private graveside service for immediate family. Instead of flowers, donations may be sent to the UofM Miriam DeCosta Sugarmon Scholarship Fund at supportum.memphis.edu/decostascholarship.