How a Memphis music teacher influenced modern music and got a DJ booth named in her honor. 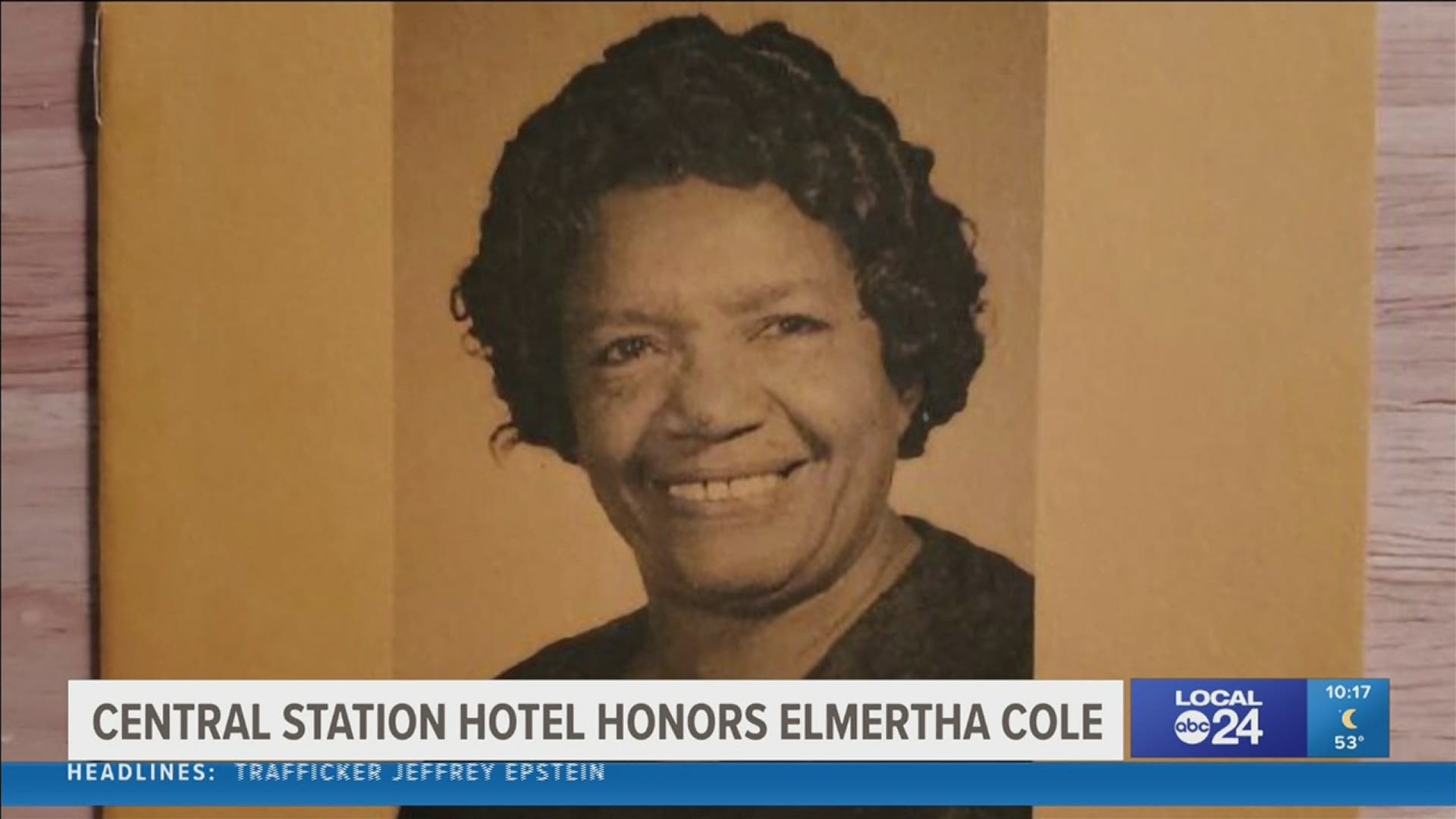 MEMPHIS, Tenn — You can Google Elmertha Cole to your heart's content, but you'll be hard pressed to find anything about her on the web.

The piano/organ teacher didn't set out to become a hero of modern music, but she did.

"When we built this DJ table out of an old organ I read a story about an organ teacher, a piano teacher named Elmertha Cole and I was just like, that's the name. Immediately it just made so much sense," said Jim Thompson of Eggleston Works who built the DJ console.

Most unique is the DJ console named for Cole.

"She was just such a driving force and very few people know her name and no who she was. But she taught Booker T. Jones piano. She taught a lot of famous Memphians how to play," said Thompson.

You must visit the Eight & Sand Bar at the @CentralStationHotel in #Downtown #Memphis to see #Elmertha the DJ console named after organist & music educator Elmertha Cole who taught countless students including #BookerTJones and #DonaldBrown. @LocalMemphis.com pic.twitter.com/V5jup8D3Kf

Cole taught nearly all of Memphis piano teacher Nicole Johnson's 11 siblings at no charge...part of Cole's kind and generous character.

Johnson calls her a first-class music teacher and possibly the best.

"When you were playing for her. If you made a mistake she had this ruler she'd tap me on the knuckle with. I was thinking after so many times, man I don't want this," said Donald Brown.

"It was still an exciting thing going over there because she had that piano and she had that organ and all of that was just overwhelming for a young kid like myself," said Brown.

The E.L. Cole Chorale was established at Salem Gilfield Baptist Church in South Memphis where she played nearly until her death in 1982.

How would Cole feel about her namesake were she alive today?

"She would get a kick out of that. She had this humility about herself. She probably would be like, 'What's all the fuss for,'" said Johnson.